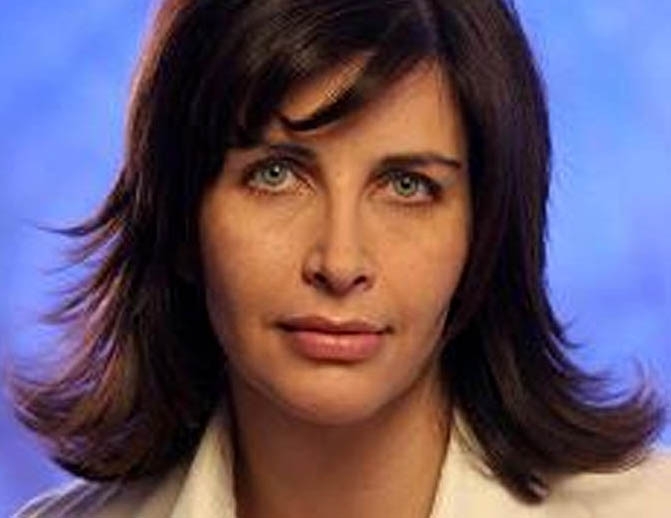 Writer and activist Einat Wilf, 36, who is running for president of the World Jewish Congress. (Courtesy of Einat Wilf)
Advertisement

NEW YORK (JTA) – As two elder statesmen prepare to go head to head for the presidency of the World Jewish Congress, a longshot young intellectual has entered the race with an eye toward reforming the embattled institution.A little-known Israeli writer and activist, Einat Wilf, announced her candidacy Tuesday to replace Edgar Bronfman, who will step down June 10 after nearly 30 years as WJC president.That same day in New York, the organization’s governing board is slated to elect an interim president to serve until the next WJC plenary meeting in 2009.Wilf, 36, is a former foreign policy adviser to Israeli Vice Premier Shimon Peres. She has served as a consultant for the consulting firm McKinsey & Co. and is a managing partner with Koor Corporate Venture Capital.She also has written two books about reforming Israel’s education system and is writing her dissertation for a doctorate in political science from Cambridge University about the workings of the WJC during the 1990s.Wilf and her backers say they know they have little chance of winning an election that as of now pits her against Ronald Lauder, the cosmetics mogul and president of the Jewish National Fund, and South African steel magnate Mendel Kaplan, a former president of the Jewish Agency for Israel.But Wilf and her camp hope that her candidacy can make her competition focus not on the politics surrounding WJC now but on policy and vision.”When the WJC decided to have transparent and open elections, it was an invitation to run, and you can’t turn down that kind of invitation,” Wilf told JTA in a telephone interview from France, where she is traveling.Wilf is running with the backing of members of KolDor, an international group of next-generation leaders primarily in their 30s. The group, of which Wilf is a member, sets as its goal changing the paradigm of today’s Jewish world by redefining Jewish identity, peoplehood and the relationship between Israel and the Diaspora.Wilf and her backers see the WJC as a potentially powerful tool to help build a global Jewish community.”The WJC today is an in-between organization,” she said in the interview. “The reason we have this vision is to make sure that it backs up the claim that it represents the entire Jewish community around the world.”Wilf says her plan for revamping the WJC is based on bringing Jews in all walks of life into the decision-making process. The organization has become somewhat exclusive, she says, run often on the back-room dealings of the rich and the powerful.Her vision includes dramatically expanding membership in the organization and opening it not just to those who sit in powerful positions at other Jewish organizations, but to any Jew anywhere for an easily affordable fee. Each member would have a vote in the WJC decision-making process – Wilf would like tens of thousands to vote instead of the hundreds who now vote at the WJC plenary meetings.The WJC, which was formed in 1936 to help fight the Nazi Party, is indeed comprised of the old guard of the Jewish world.The once venerable organization, which played central roles in freeing Soviet Jewry and winning billions of dollars of Holocaust restitution money, has lost much of its worldwide prestige in the past several years since it became mired in controversy over its financial workings. And it has little relevance in the United States and Israel, where some 80 percent of the Jewish population livesBut Wilf and her backers see the infrastructure of the WJC, which has member delegates from Jewish communities throughout the world, as excellent starting points for a successful renovation.”The WJC has incredible brand recognition and value. It’s not a complete restart,” KolDor member Jacob Ner David, a partner at Jerusalem Capital, told JTA. “There is a lot there and it just needs infusing some energy into an institution. We have some ideas to really broaden its focus, wherein the WJC could truly develop what Jewish foreign policy could be.”While the WJC traditionally has focused on external threats such as anti-Semitism, Wilf’s camp believes the organization could play a central role in helping the Jewish community become a louder voice in a more progressive world.They want the WJC to help start a Jewish peace corps that would send Jewish volunteers into the developing world and to help the organized Jewish community become carbon neutral by 2020, according to Jewish Family and Life founder Yosef Abramowitz, also a KolDor member.Abramowitz said they don’t want to toss out the old guard but rather seek a “hybrid” with the young members that is more representative of the Jewish people.Since 2005, KolDor has been crafting a plan to revamp the WJC constitution.As for Wilf’s competition, the Lauder camp said his focus will remain on fighting anti-Semitism and helping Holocaust survivors, but that he also wants to bring a younger voice into the organization.”Mr. Lauder is on the same page and that is exactly what he did with the JNF – he brought in new people, younger people,” Lauder’s special assistant Warren Kozak told JTA.Pierre Besnainou, the president of the European Jewish Congress, who has been Kaplan’s primary backer, did not return phone calls from JTA seeking comment.