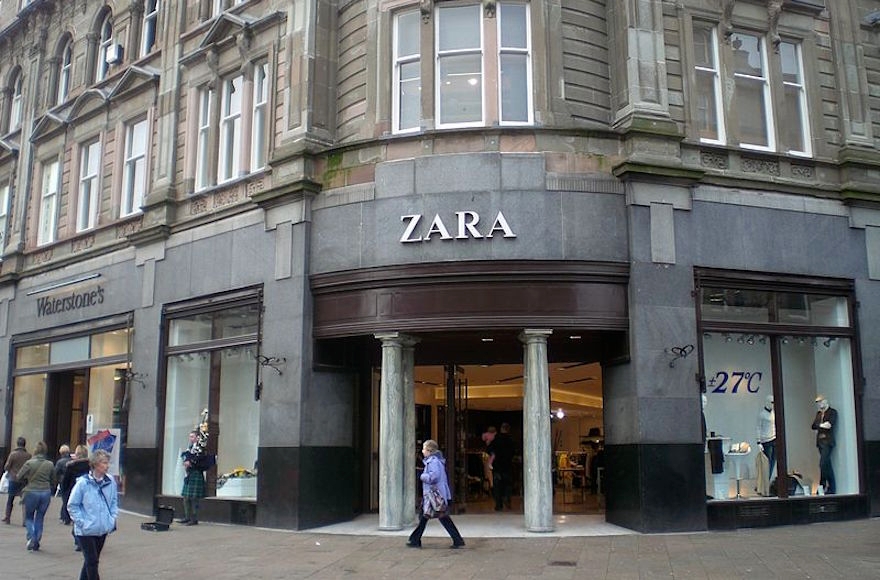 A Spanish fashion chain has withdrawn a handbag after learning that swastikas were embroidered on it.

Zara, owned by the world’s second largest fashion retailer Inditex, said it did not know the $78 handbag had green swastikas on its corners, Reuters reported. A customer in Britain asking for a refund alerted the company to the offensive symbol.

The bags were made by a supplier in India and inspired by commonly used Hindu symbols, which include the swastika. The original design approved by Zara did not have swastikas on it, Inditex said.

“After the return of one bag we decided to withdraw the whole range,” said a spokesman for Inditex, which has more than 3,330 stores in 66 countries, including Israel.

“The shop assistants were quite shocked as well to find out this symbol was on there,” the 19-year-old customer, Rachel Hatton, told BBC radio.