A local response to Bronfman 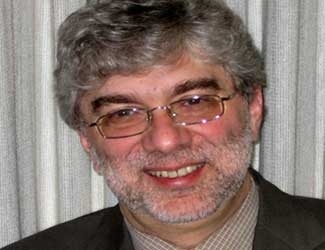 WASHINGTON (JTA) – Having read Charles Bronfman’s op-ed piece in JTA on birthright israel funding, I find myself struggling with a range of ambivalent emotions and a plethora of contradictory thoughts. Thanks, Mr. Bronfman, for stimulating such a typically Jewish response.

My reply won’t be as uncomplicated as the thesis he articulated, which was that the United Jewish Communities, the Jewish Agency for Israel and other organizations should allocate significantly more communal resources than they have to Taglit-birthright israel because it is the best way of connecting young Jews to Israel and their Jewish identity.

Birthright israel is a fantastic program, maybe the best single project that has emerged in the last decade to address the burning issue of Jewish continuity and engagement, especially for young American Jews. Nothing even comes close, especially given the scale of the effort.

The major reason it works is that it gives young people an opportunity to experience a living, breathing, exciting, meaningful Jewish community whose members are their peers from North America, Israel and around the world who are jointly immersed in their common history, connect to their common present and can visualize their common future – all against a backdrop of the most engaging and meaningful landscape in the world – the Land of Israel. This is the experience of being a part of the Jewish people.

The $2,500 per person investment in the program is likely to provide the best return of almost any other expenditure on the Jewish future I can think of. It is very cost-effective. It should be made available to everyone who qualifies, i.e. be a true “birthright” for young Jews.

The Jewish Federation of Greater Washington, which I have the privilege of directing has and continues to be committed to supporting both the trips and the post-trip activities. In fact, we have increased our support for birthright Israel by 50 percent since 2005. The $12 million being provided by the federation system and the Jewish Agency is no small change and a number of us – including federation and UJC leadership and the representatives of the mega-philanthropists and Taglit – have tried to figure out a way to make the program complete and sustainable over the long term.

However, Taglit is not the only valuable and necessary project the Jewish community must support, nor is it the only project being supported by the mega-philanthropists behind Taglit. It is not the “silver bullet.”

Helping the poor, rescuing captives and resettling immigrants, assisting the elderly and the disabled, educating our youth through day schools and congregational schools, running our Jewish community centers and camps and Hillels, helping revitalize our synagogues, providing inspiring adult education courses and advocating for Israel, promoting social justice and fostering positive intergroup relations are just some of the things Jewish federation system has been asked by its donors to be involved in. And what about research, innovation, experimentation etc.?

There is no doubt that the Jewish philanthropic world has changed dramatically and will continue to change. The presence and influence of mega-philanthropists and foundations have had a dramatic impact on the priorities and the availability of resources to meet those priorities in the Jewish (and, for that matter, the non-Jewish world).

These philanthropists increasingly choose to pursue the causes and ideas they deem important and interesting – no longer relying on the collective wisdom of the communal organizations and structures and their democratic decision-making processes to define priorities.

But as Mr. Bronfman expressed in the op-ed piece – they go further and would like to change or influence the directions and priorities funded by the rest of the Jewish charitable dollars. That’s a legitimate pursuit – as long as they respect the communal decision-making process and are participants in it. It was the leadership of such Jewish philanthropic giants in the past that created the current system, which is an heir to Jewish communal funds of the past three thousand years of Jewish practice of tzedakah.

We live in an age where there are enough Jewish resources to do just about anything we wish. The problem is not how to allocate those resources – it is about how to develop them. We need the kind of grand visions like birthright israel and we need to figure out how to raise the money that is out there in the Jewish community. We need the money that could fully fund birthright israel, that could make Jewish day school education and Jewish camping affordable for anyone who chooses it. And we need that money to ensure that Holocaust survivors in the former Soviet Union, in Israel and in the United States live out their lives in dignity.

Mega-philanthropists need to provide the leadership to refocus attention not just on their favorite programs but also on the interests and needs of the Jewish people and Jewish communities as a whole.

Connecting Jews to Jewish life, to other Jews and to Jewish communities, including Israel, is the challenge of our age, when making such connections has become a choice – not an inevitability – for most Jews. In my view, that requires vision and resources but also collaboration, cooperation and mutual respect among those of us working in the vineyards to achieve these goals.

Dr. Misha Galperin is executive vice President and CEO of the Jewish Federation of Greater Washington.