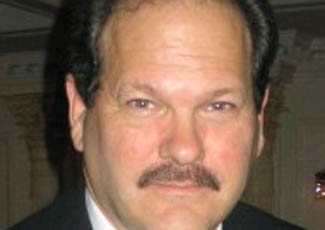 Judging from past attacks in Argentina and elsewhere, such talk of targeting Jewish institutions worldwide cannot be viewed as an idle threat.

American Jewish institutions are all too familiar with the consequences of hostile behavior motivated by ferverent rhetoric and unrest in the Middle East.

It was only two years ago, after Al-Qaida’s second-in-command, Ayman al-Zawahiri, threatened that his organization “will attack anywhere” to avenge Israel’s war with terrorists in Lebanon, that an attack by a lone sympathizer left one dead and five injured at the Jewish Federation of Greater Seattle.

These ever present dangers posed by organized terror groups and lone wolves call for a balanced approach for preparing and protecting our communities from hostile intentions and natural disasters.

Initial reports from the news media last week indicated that attacks upon synagogues and/or Jewish population centers might be imminent. In many circumstances, however, the media does not have access to sensitive information from law enforcement on such matters.

Three years ago, in order to create a line of communication with government authorities in such a situation, the leadership of the organized Jewish community formed the Secure Community Network. With its rapid communications system, SCN is relied upon as a trusted partner and adviser for the law enforcement agencies across the country as well as the Jewish community.

As part of its mission, SCN has been in daily contact with senior officials at the FBI, U.S. Department of Homeland Security and many other federal and state law enforcement agencies. All indicated that – at this time – no specific threat has been confirmed. However, Monday’s firebombing of the Bernard Milken Jewish Community Campus in Los Angeles reminds us of the need to remain more vigilant than ever.

We cannot afford to be complacent in light of the challenges our changed world poses to our communities here and abroad. Being serious about security is not just about employing more security officers or buying more technological equipment.

It is about an operational and financial commitment for instituting a mindset and culture of security that encompasses a broad array of adequate preventive measures, planning, volunteerism, training, exercises and recognizing that self-reliance is more important than ever before.

In short, it is essential that the community be better prepared and educated to deal with safety and security issues. And, at the same time, there is great need to balance vigilance with a cultural desire to maintain an open, vital, supportive atmosphere that represents the very purpose of our places of worship and community cohesion.

All who are vested with the responsibilities for the oversight of Jewish institutions, regardless if they are paid professionals or volunteer lay people, need the tools and support for coordinating plans and activities for dealing with emerging threats on multiple levels. Security preparedness and awareness is clinically prudent, devoid of emotion and fear.

We recommend that you visit the SCN Web site at www.scnus.org to learn more about what your community and institutions can do to mitigate security vulnerabilities and institute a culture of preparedness and awareness.

Paul Goldenberg is the national director of the Secure Community Network.