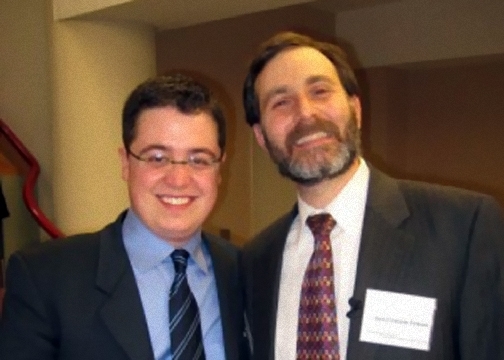 NEW YORK (JTA) – In a sign of continuing friction among Conservative Jews over the issue of homosexuality, a ceremony in Jerusalem to mark the first anniversary of the decision to admit gays to the Jewish Theological Seminary was held away from the campus of the movement’s main educational institution there.

A news release from the Schechter Rabbinical Seminary said the students agreed to move the March 26 ceremony off campus after refusing to “give equal expression” to a movement-approved religious opinion that upholds the traditional ban on homosexuality.

The movement’s legal authorities adopted conflicting rulings on the status of homosexuality in 2006. One permitted the ordination of gay rabbis, another upheld Judaism’s longstanding ban on homosexual intercourse.

According to the release, “the students who approached SRS stressed that they were interested only in their own personal celebration with their friends, and that they had no interest in noting the second Halakhic ruling.”

One of the student organizers, Jill Levy, told JTA that the ceremony was held “in the woods” several minutes walk from the seminary. Levy would not comment on her exchanges with the school.

The dispute at Schechter points to the continuing tensions within the Conservative movement over homosexuality and the apparently different directions in which the movement’s various international affiliates are moving.

Following the 2006 decision by the movement’s law committee to permit the ordination of gay clergy, both JTS and the University of Judaism (now the American Jewish University) changed their policies to admit gay rabbinical students.

But Schechter’s dean, Rabbi Einat Ramon, declined to change her school’s policies, basing her decision on the more conservative ruling. Ramon, a well-known critic of the liberalizing tendency toward gays within Conservative Judaism, has criticized the movement’s legal authorities for failing to take into account the views of those who regard homosexuality as a choice.

Rabbi David Lazar, the leader of a Conservative congregation near Tel Aviv, said he thought officials at the Israeli seminary are “particularly sensitive because they’ve chosen what seems to be an unpopular stand among many” in the Israeli branch of the movement.

The Jerusalem ceremony was inspired by a daylong commemoration of the change also held March 26 at the Jewish Theological Seminary in New York City. The event was mostly closed to media, but one participant told JTA an emotional high point was a panel in which rabbis and rabbinical students related their personal stories of coming out.

“We celebrate not only the admission of gay and lesbian students to our rabbinical and cantorial schools but also the process of honest outreach and spirited discussion that led up to that decision,” JTS Chancellor Arnold Eisen said in a statement. “JTS has long known that our differences make our community stronger.”

The Jerusalem ceremony was considerably shorter and featured an address by Yonatan Gher, the incoming director of the Jerusalem Open House, a support center for gays and lesbians. Gher is also a former spokesman for the Masorti movement.