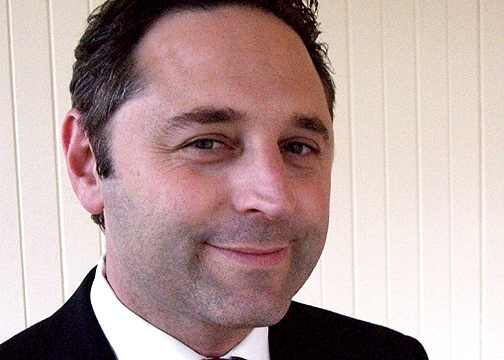 Daniel Sokatch who starts July 15 as president of the San Francisco federation says he wants to build a "federation for the 21st century." (Courtesy Jewish Community Federation of San Francisco)
Advertisement

NEW YORK (JTA) – Officials at the Jewish federation in San Francisco knew they were taking a chance when they hired the founder of a young, progressive Jewish organization to be their next CEO.

But with Daniel Sokatch, the officials believe they have caught a rising star who can return the Bay Area to the forefront of the federation world.

The Jewish Community Federation of San Francisco, the Peninsula, Marin and Sonoma Counties announced the hiring of Sokatch, the founder of the Los Angeles-based Progressive Jewish Alliance, a peace and human rights education and advocacy group, last month.

Sokatch, who just turned 40, is a daring choice for the federation. He is young and will be jumping from an organization that typically works outside the Jewish box with an annual budget of about $1.5 million to one that gives away more than $200 million a year from funds raised in its annual campaign and earned in its endowment.

Federation leaders say they chose Sokatch, who will start July 15, from among 50 candidates because they see in him a leader who can potentially engage a young cohort with which many federations have failed to connect.

“Daniel combines energy and charisma with intelligence, Jewish wisdom and a compelling vision for the future of the Jewish community,” said the federation’s president, John Pritzker. “These leadership traits will enable Danny to engage and inspire multiple generations, and will help ensure that we evolve as a vibrant and relevant organization.”

In tapping Sokatch, the San Francisco federation becomes one of the first to dip into the pool of young, talented and invigorated Jewish professionals who have created a wave of new and innovative Jewish projects over the past decade.

Sokatch has been a key player in some of those projects. He is on the founding board of IKAR, a progressive Jewish community in Los Angeles that emphasizes community service. And he is a member of the faculty of Reboot, a project of the Andrea and Charles Bronfman Philanthropies that attempts to reinvigorate Jews through cultural endeavors.

Sokatch says he wants to build a “federation for the 21st century.” This may include a much different model than what is being used typically at federations.

Most federations measure success by the growth of the annual campaign and endowments. Often they emphasize courting and coddling the larger donors that provide the lion’s share of the campaign.

The federations funnel money to Jewish organizations and federation subsidiaries locally and through the United Jewish Communities to the federations’ overseas partners, the Jewish Agency for Israel and the American Jewish Joint Distribution Committee.

Sokatch envisions a San Francisco federation that reaches out not only to those who can and want to donate, but also engages Jews from across the spectrum in a community-building effort that could include community service, grass-roots advocacy and other volunteerism.

In such a system, capable older donors would still provide the major donations, while those who may be unable to give could become involved on the ground.

Sokatch, with the blessing of the federation’s board, thinks San Francisco is ripe for the experiment.

“We have a federation that said after years of doing things one way, ‘let’s try something different,’ ” Sokatch said. “We have a community so rich in human talent and other capital, and a political atmosphere that is progressive and enlightened, and it is a place where people consider themselves pioneers. We just have to meet people where they are.

“Part of that means that in the end, the measure of our successes will be less about the money that we can raise.”

Sokatch faces several challenges. For one, this is not the first time the federation has tried to tap a different kind of talent to run its organization.

In 2005 it brought in Tom Dine, the one-time executive director of the American Israel Public Affairs Committee, who is credited with building the pro-Israel lobbying organization into the powerhouse it is today.

Despite the hoopla and Dine’s vow to increase the federation’s campaign by 15 percent in five years, he lasted less than two years at the helm before stepping down.

While federation officials said publicly that Dine was simply not the right fit, those close to the San Francisco federation said his difficulties had more to do with an organizational problem and strife between the endowment department and the rest of the federation.

The endowment has been a huge success in San Francisco, growing from approximately $300 million in 1997 to $2.9 billion at the end of fiscal year 2007. That growth was guided by its director, Phyllis Cook.

Insiders say Cook, who had been with the federation since former CEO Brian Lurie hired her 25 years ago, built her own fiefdom and became the de facto gateway between the largest donors and the federation. They say that led to a bifurcation within the federation and handcuffed past CEOs, including Dine.

Dine and several federation leaders attempted to ease the tension between the federation and endowment by forcing out Cook, the insiders say, but with the backing of many of San Francisco’s major donors she proved too powerful a force.

Asked to comment, Dine, who is now living in Washington and working as a special adviser to the Israel Policy Forum, would say only that “Daniel’s a terrific guy and I wish him well.”

Cook, who announced recently of her own volition that she was leaving the federation in the spring to start a private philanthropy consulting firm, also praised the selection of Sokatch and downplayed past tension within the federation.

“That is not his problem,” she said. “The problems with the federation are not the interpersonal problems.

Pritzker told JTA that “it is time for the endowment and the federation to become integrated for 15 different reasons, and it is happening.”

Though he insists he did not ask Cook to leave, Pritzker said, “You can’t have bifurcated leadership in any organization. There should be one leader.”

San Francisco officials expect that leader to be Sokatch, who now must figure out how to revive a federation that had 19,000 donor units in 1991 but only 10,500 by the time Dine resigned in 2007. The federation area has a Jewish population estimated at 250,000.

Historically, the San Francisco federation has been extremely progressive and pushed the envelope of the federation world.

In 1984, under Lurie’s leadership, it became the first federation to establish an Israel advisory board to fund its own projects. The $100,000 it used to fund areas of Jewish pluralism, civility and areas of common values with Israeli Arabs was considered borderline treason to the federation system at the time, but now almost all federations have followed suit.

“Our purpose was to have greater involvement and to change the system,” Lurie said.

Several people close to the situation have invoked Lurie’s name in describing their hopes for Sokatch, but the longtime leader thinks Sokatch will make his own name – not just in San Francisco, but as a leader in the UJC system.

“What you have here is an incredible group of volunteers,” said Lurie, who left the federation in 1991 after serving as its CEO for 17 years.

“What you have here is a historical setting that gives it more of an eastern flavor than a western flavor, but there is also the dynamism of Silicon Valley. What this federation needs is leadership, and I think Daniel can provide that.”