Continuity is theme in Russia inauguration 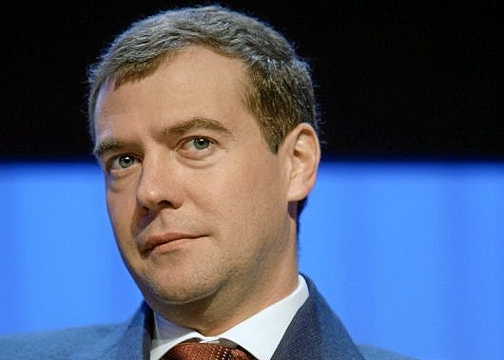 MOSCOW (JTA) – The inauguration of President Dmitry Medvedev left little doubt that at least temporarily, the new public face of Russia will be little more than cosmetic.

Less than two hours after Medvedev took the oath of office Wednesday on the Russian Constitution, he nominated his predecessor, Vladimir Putin, as prime minister – a position that will allow the former president to continue to wield significant power in the country.

Before Medvedev’s speech, the president-elect trailed Putin through a tightly choreographed ceremony marked by czarist pomp and Hollywood-level production.

Medvedev arrived at the Kremlin in a motorcade, strode through the Kremlin’s gilded St. Andrew’s Hall and delivered his inauguration speech to some 2,400 assembled dignitaries, including Russia’s chief rabbi, Berel Lazar.

Both Medvedev and Putin in their speeches touted Russia’s achievements under Putin and promised to continue his policies. But Medvedev also offered a nod to civil freedoms, which have waned in the past eight years.

“I consider it my foremost task to develop civil and economic freedom to create the broadest possibilities for the citizens of our country,” Medvedev said in his six-minute address.

The ceremony was heavy on the theme of continuity between Putin and Medvedev. Lazar said that’s what he wants in a Medvedev administration.

Lazar rose to his position as chief rabbi of Russia alongside Putin’s ascendancy to the presidency, and the head of the Chabad-run Federation of Jewish Communities has grown even closer to Putin during his eight years in office.

Jewish life in Russia largely has become freer and safer, though far less political than before Putin became president.

“During President Putin’s time in office, the vast majority of people returned to the belief that tomorrow will be better than today,” Lazar said in remarks published on Jewish news Web sites.

At several points during his tenure, Putin spoke against anti-Semitic sentiment on Russian soil. He also built strong ties to the Federation of Jewish Communities, often at the expense of other Jewish umbrella organizations in Russia.

Putin’s presidency also has seen the resurgence of the Russian Orthodox Church as a dominant force in Russian society. Russian Orthodox Patriarch Alexy II delivered a sermon and a blessing to Medvedev after his inauguration.

“Russia needs to work out a real balance between the separation of church and state and the fact that a civil society is a place where all social structures are involved,” Lazar said.