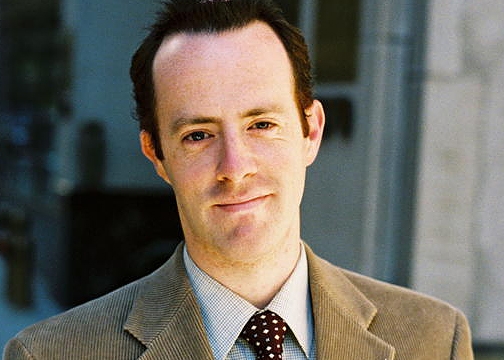 NEW YORK (JTA) — A liberal Orthodox rabbinical school’s response to the controversial action of one of its graduates highlights the challenge facing progressives in the Modern Orthodox community.

Rabbi Darren Kleinberg participated this summer in a mixed-denominational beit din, or religious court, in Phoenix, where he runs an adult education organization. Kleinberg, a 2005 graduate of Yeshivat Chovevei Torah, was approached by a couple who had adopted a child they planned to convert under the auspices of a female Conservative rabbi. Though he knew his participation in the beit din would not grant the conversion Orthodox legitimacy, Kleinberg still agreed to participate in the conversion ceremony because he felt close to the couple.

Chovevei Torah issued a statement distancing the school from Kleinberg’s action. The Riverdale seminary had considered declaring that it could no longer recognize Kleinberg as an Orthodox rabbi.

“This violates the standards and principles of Yeshivat Chovevei Torah and YCT categorically rejects this action,” said the statement, published in October on several blogs. “Rabbi Kleinberg’s statements and actions should not be assumed to be representative of YCT’s positions and principles.”

The Kleinberg episode illuminates the challenges facing Chovevei Torah, which as an avatar of so-called “open Orthodoxy” occupies a fragile perch at Orthodoxy’s left-wing frontier. The institution, founded by the Orthodox activist Rabbi Avi Weiss, repeatedly has been a target of conservative elements who charge that the school has drifted beyond the Orthodox pale.

Established to foster a less insular, less exclusivist and more intellectually open brand of Orthodoxy than its mainstream competitor, Yeshiva University, Chovevei Torah has had to perform a delicate dance to preserve its Orthodox credentials.

“I think Chovevei is trying to move the community forward, but it has to be concerned that if it goes too far, too fast that its graduates will be jeopardized,” said Rabbi Irving “Yitz” Greenberg, the founding president of Michael Steinhardt’s Foundation for Jewish LIfe and a leading liberal Orthodox rabbi. “I think they’re doing their best to protect their students.”

Since its establishment in 1999, Chovevei Torah has struggled for acceptance in the Orthodox mainstream. Some Orthodox synagogues that considered hiring Chovevei Torah graduates as rabbis have been pressured not to do so.

Instead, Weiss and another liberal Orthodox rabbi, Marc Angel, founded the International Rabbinic Fellowship in an effort to provide an institutional umbrella for Chovevei Torah rabbis and to advance a more liberal rabbinic approach to a variety of hot-button issues.

Weiss has been an outspoken critic of the mainstream Orthodox rabbinical establishment, which he says limits the discretion of local rabbis in rendering decisions on halachah, or Jewish law.

Yet even Weiss, who has placed the liberalization of conversion standards at the top of his reform agenda for Orthodoxy, would not countenance Kleinberg’s cooperation in a mixed-denominational beit din.

“There are limits and there are standards,” Weiss told JTA. “And participating in a non-halachic beit din violates those standards.”

Kleinberg long has been Exhibit A in the conservative Orthodox case against Chovevei Torah, which has graduated 43 rabbinical students. He has written articles that Orthodox critics charge border on heresy, such as suggesting that the concept of Jewish chosenness be revisited and that the Bible portrays God as imperfect. And he participated in a panel discussion about the film “Sentenced to Marriage,” a scathing critique of the Israeli Orthodox Rabbinate’s grip on civil matters of marriage and divorce.

Kleinberg says his actions this summer were not contrary to Jewish law and that Chovevei’s reaction is emblematic of the narrow approach to halachah that open Orthodoxy was supposed to reject.

At issue here, Kleinberg says, is whether Jewish law requires a kosher beit din — that is, one comprised exclusively of men, according to Orthodox interpretation — at the mikvah portion of the conversion ceremony. Kleinberg says it does not and that his action therefore was in line with Orthodox strictures.

However, Kleinberg readily concedes, if he had been asked to participate in a ceremony that went even further, such as one that accepted the testimony of women as witnesses — which clearly violates Orthodox strictures — he would have gone ahead anyway.

“The way this issue has been dealt with suggests that the same lines in the sand between Orthodox, Conservative and Reform, between us and them, are still in place,” Kleinberg said, suggesting that Chovevei is not more progressive than institutional Orthodoxy on the “big issues — the issues that validate non-Orthodox rabbis as legitimate rabbis and non-Orthodox movements as bona fide expressions of Judaism.”

While Kleinberg is concerned primarily with Jewish peoplehood and lowering barriers between denominations, for his relatively young alma mater establishing clear boundaries may be integral to its success.

“When you have a new institution like Chovevei Torah, then it has a public that wants to know what it stands for,” said Rabbi Tsvi Blanchard, a teacher of Jewish thought at Chovevei Torah. “That audience does want to know were the edges are. Because YCT is an open Orthodox yeshiva, they want to know how open are you.”