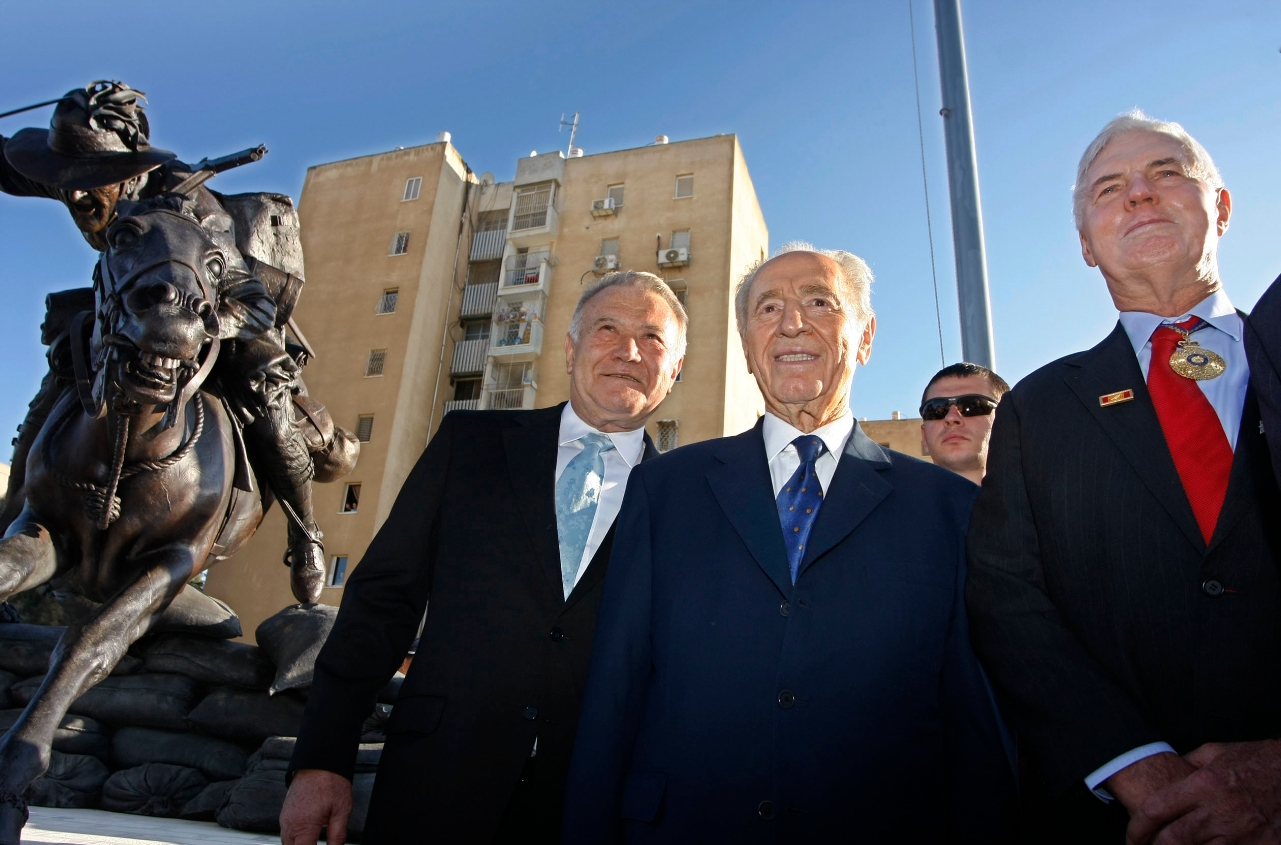 Richard Pratt, left, with Israeli President Shimon Peres and Australian Governor-General Michael Jeffery, at the opening of the Pratt-funded Park of the Australian Soldier in Beersheba, Israel, in 2008. (Courtesy Pratt Foundation)
Advertisement

SYDNEY, Australia (JTA) — Richard Pratt, who fled Poland as a child on the eve of the Holocaust and went on to become one of Australia’s richest men and biggest Jewish philanthropists, died Tuesday at age 74.

The cause was cancer. Pratt was buried Thursday in a traditional Jewish ceremony in Melbourne.

Called the “Cardboard King” for building a global packaging and recycling empire, Pratt was Australia’s fourth richest man, according to Business Review Weekly, with an estimated fortune of more than $3.8 billion. His Visy Industries employs more than 8,500 people worldwide, including some 3,000 people in the United States through the company’s American arm, the Georgia-based Pratt USA.

In 1978 Pratt and his wife, Jeanne, established The Pratt Foundation, which has given away some $140 million to charities, many of them Jewish, in Australia, Israel and the United States.

The foundation’s most recent major project was the construction of the Park of the Australian Soldier in Beersheva, Israel, which was opened last year in a ceremony including Israeli President Shimon Peres and his Australian counterpart, Michael Jeffery.

“Australia gave us and many like us a refuge. Australia has been good to us and we’ve been fortunate,” Pratt said in his speech at the dedication of the park, which honors Australian soldiers who fought in the Middle East. “In contributing to the development of this park and all it stands for, I wanted to demonstrate my pride as an Australian, a Jew and a friend to Israel.”

Born Ryszard Przecicki in Danzig (now Gdansk), Poland, in 1934, Pratt immigrated to Australia with his parents, Leon and Paula, in 1938.

An Australian Rules footballer in the 1950s, Pratt later became an actor, performing on Broadway in New York City and on London’s West End in the late 1950s and ’60s. He reportedly rejected a Hollywood contract by Burt Lancaster’s company. Pratt also was an amateur boxer in his youth, and he helped bring Muhammad Ali to Australia.

When his father died in 1969, Pratt took over his packaging company.

A former publisher of The Australian Jewish News and The Jerusalem Report, Pratt also received honorary doctorates from the Hebrew University and Bar-Ilan University. He was awarded the Woodrow Wilson award for Corporate Citizenship in 2007.

In 2000, Australian media revealed that Pratt had had a child, Paula, with his former lover Shari-Lea Hitchcock in 1997.

His reputation was further sullied in 2007 when his company was fined a record $25 million for collusion in a price-fixing scam with its rival, Amcor. Pratt later was accused of giving false or misleading evidence to Australia’s consumer watchdog, but prosecutors dropped their case on Monday, saying it was no longer in the public interest because of Pratt’s ill health.

One member of his legal team, Mark Leibler, told ABC after the ruling, “I think he’ll at least pass into the next world knowing that he has been vindicated and that he is innocent.”

Last year Pratt sent back his Companion of the Order of Australia, the highest honor Australia bestows on its citizens, because of the controversy.

Along with Jeanne, whom he married in 1959, Pratt is survived by a son, Anthony, who will take over the running of Visy, and daughters Heloise, Fiona and Paula.