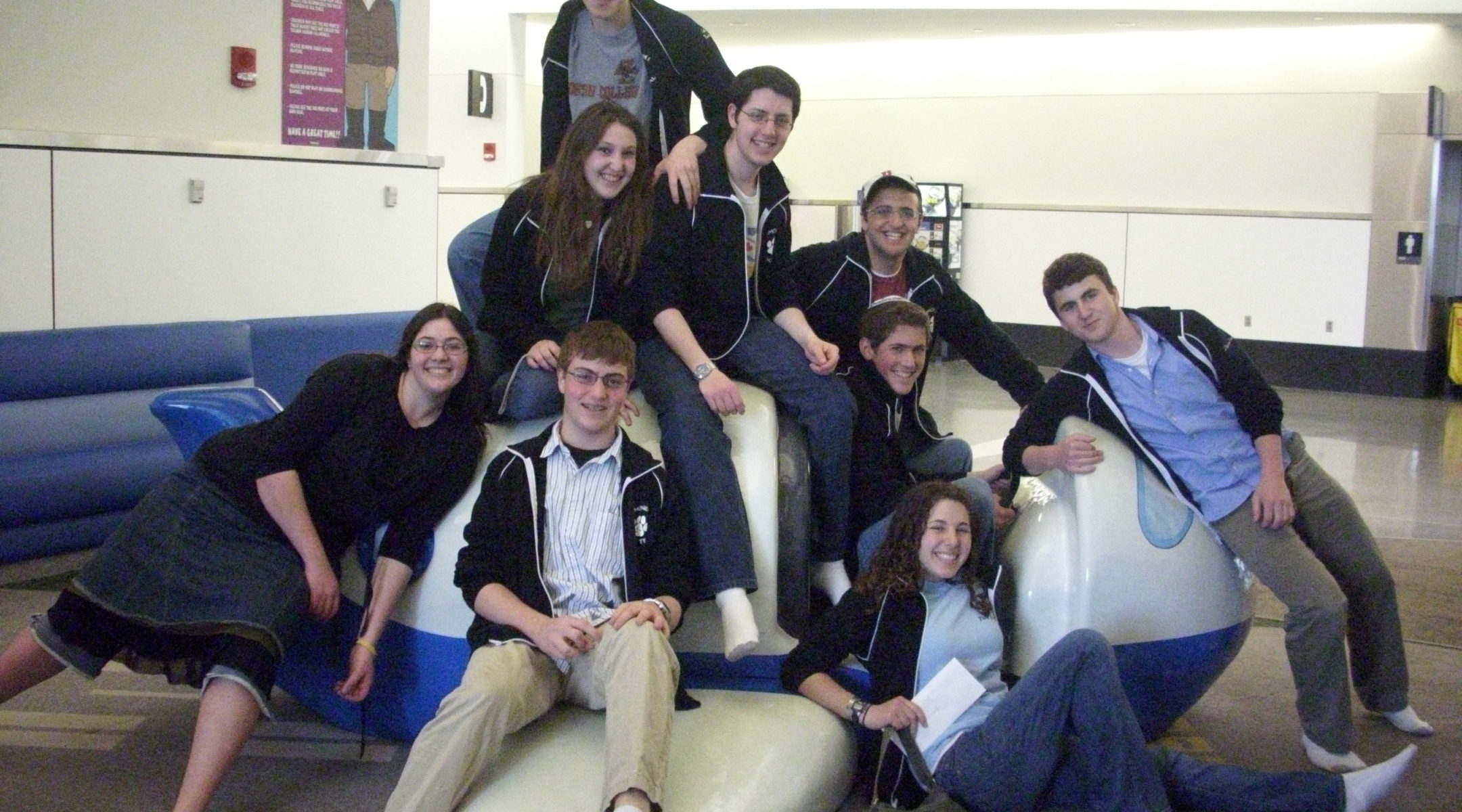 WASHINGTON (JTA) — The record book will say that the Maimonides School finished 20th out of 40 teams at the National High School Mock Trial Championship in Atlanta, winning two trials and losing two.

But that doesn’t include the team’s huge victory even before last weekend’s competition had started allowing the suburban Boston Jewish day school just to participate.

After repeatedly rejecting requests to alter the tournament schedule so the Maimonides team would not have to compete on Shabbat, tournament officials were finally forced to relent less than two days before the competition began thanks to a small group of determined activists working 20 hours a day over the past few weeks — as well as a Maimonides team that was prepared to forfeit its chance at a championship rather than compromise its beliefs.

“You always wonder what’s going to happen if religiousness gets in the way” of something you want to do, said team co-captain Michael Kosowsky, 17. But “we weren’t talking at all about violating Shabbat. We were pretty strong in our principles.”

“This educates the public,” said fellow co-captain Leah Sarna, 17. “Shabbat is not at all voluntary and not something you can compromise on.”

The 27-member Maimonides team, of which eight competed last weekend, learned about the Shabbat conflict in early April, not long after it won the Massachusetts state mock trial championship qualifying them for the national event.

Maimonides hoped that instead of having to compete in the customary two trials on Friday and two trials on Saturday, the mock trial organization would make an exception for the school and move its Saturday trials to Thursday, when all the competitors already are in attendance and practicing at the competition site, or add additional trials for Maimonides on Friday.

The organization argued that altering the schedule affected the fairness of the competition because matchups in later rounds are determined by the results from earlier rounds. The results, its officials said, cannot be utilized properly if Maimonides is participating in its fourth trial while nearly all the other squads have participated in only two.

There was precedent for the request: In 2005, the local sponsoring organization for the competition, the North Carolina Trial Lawyers Association, made a similar rescheduling to accommodate a New Jersey Jewish day school, the Torah Academy of Bergen County. Pressured by the lawyers’ group, the mock trial organization acquiesced after initially refusing the request, then passed a resolution saying it would not allow similar accommodations for Sabbath observers in the future.

As a result of that decision, the New Jersey and North Carolina mock trial groups resigned from the national organization and formed their own group that does not hold competitions on Shabbat.

So Jeff Kosowsky, Michael’s father, and Daniel Edelman, a Maimonides alumnus who was familiar with the issue because his wife is an English teacher at the Torah Academy of Bergen County, enlisted Washington lawyers Nathan and Alyza Lewin, who specialize in religious discrimination cases.

Working pro bono, the Lewins got the Justice Department to issue a letter to the administrator of the Georgia courts, warning that entities that receive federal funds cannot administer programs which discriminate on the basis of religion. The competition was scheduled to be held in the Fulton County Courthouse, which receives federal funds.

The Lewins, Kosowsky and Edelman also tried to convince the local host sponsor, the Georgia Bar Association, to take action, but the assocation said that while it was sympathetic, claimed its contract with the national mock trial organization tied its hands.

The Maimonides’ backers also alerted the media, with articles appearing on the situation in a major Atlanta legal publication and The New York Times.

On May 6, after one member of the Georgia Bar had resigned in protest, Fulton County Superior Court Chief Judge Doris Downs told event organizers that they would not be able to use the Fulton County Courthouse for the competition unless they made accommodations for the Maimonides team. The organizers then decided to schedule a Thursday trial and three Friday trials for the Bostonians.

Michael Kosowsky said the three trials on Friday were “a little tiring,” but the team was pleased where it finished, considering it was its first trip to the national championship.

The schedule change was popular among the other teams in Atlanta, as well.

Michael Kosowsky said that on the day the Maimonides team arrived, a number of competitors noticed their kipot and told them, “We’re really hopeful you get the accommodations.”

The other teams were “very, very supportive,” Sarna said. “It really meant a lot to us.”

Both said it made perfect sense that their fellow mock trial competitors would be so interested in their plight.

“It’s a competition about the legal system,” Sarna said. “They’re the type of people who would care about this.”

Those involved in the mock trial effort say they hope that the mock trial organization will make a permanent Shabbat accommodation policy, either by changing the days of the week that the tournament is held or, minimally, having a rescheduling option when Sabbath observers — Jewish or Muslim — qualify for the competition.

The mock trial group doesn’t appear ready to change: On its Web site, the 20th-place finish of Maimonides is accompanied by an asterisk that notes the team’s “deviation from typical team advancement.”