The secret Jews of the Southwest 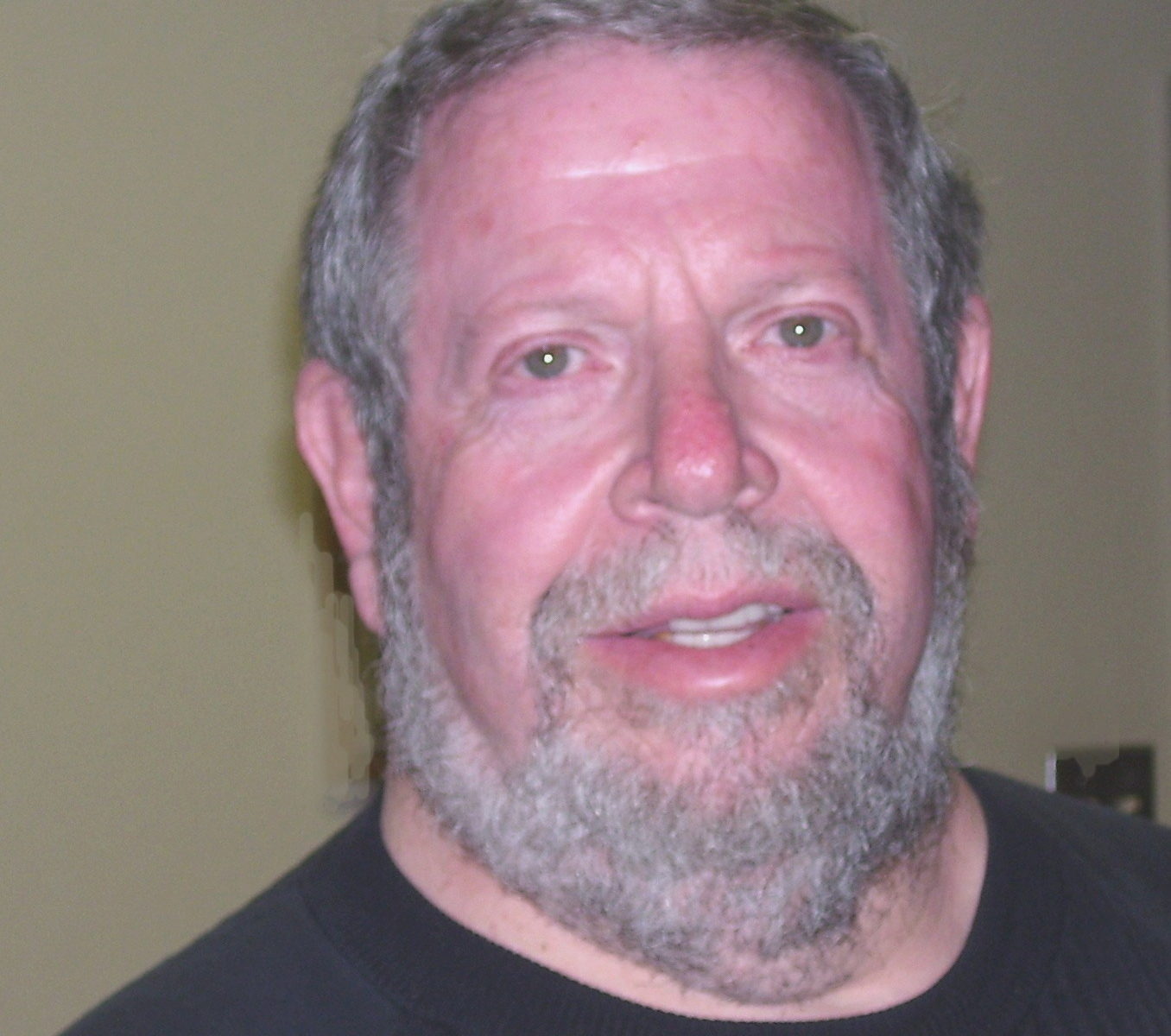 “Rabino,” said a Catholic man calling from Jaurez, Mexico, about 30 minutes away. “I need to talk to you.”

Every Friday night from the time he was little, the man’s grandmother took him into a room, lit candles and said some prayers in a private language he didn’t understand. His grandmother had just died, and he asked his mother if she would continue the tradition. She told him to go find a rabbi.

Three days later, a Catholic woman from El Paso came to the rabbi after visiting a relative in mourning, where she noticed that all the mirrors were covered.

“Why are you doing this?” she asked her relatives.

They said it was a Jewish custom.

Then the cable guy came, and the rabbi told him, “Shalom Y’all.” The man — a Catholic Hispanic — opened his shirt and showed his Jewish star necklace — he had just found out about his Jewish roots.

“Three incidents in a week and a half?” Leon recalled. “There has to be something going on.”

Twenty-two years later that something is still going on: A steady trickle of Hispanics in the Southwest, from Juarez to Texas to New Mexico, are discovering Jewish roots.

Some are set on their search because of a mysterious tradition practiced by an older relative, such as not eating pork or working on Saturday. For others the clue is an artifact like a trompito spinning top that resembles a dreidel, or a set of tefillin that a Catholic grandmother on a road trip once insisted on depositing with the rabbi.

But for the majority of people it’s something more tenuous: a word here (bubbe, tzedakah), a Jewish name there (Rael, from Israel). Very often it’s just a feeling about Catholicism, Jesus, their past or what they say is their soul that leads people to wonder if their family was once Jewish.

Crypto-Jews. Marranos. Anusim. Judios. Conversos. They are all terms with different nuances referring to Jews and/or their descendants who were forced to convert after Spain and Portugal expelled all non-Catholics, but continued to practice Judaism or maintained some Jewish customs even as they and their children migrated to Latin America, Europe and finally the United States.

Some Crypto-Jews are interested in the genealogical knowledge but are not planning on leaving Catholicism; others practice a dual Messianic faith with both Judaism and Jesus. A very few give up their Catholic faith and convert — they prefer the word “return” — to Judaism.

“Who do you count?” asked Stanley Hordes, one of the foremost experts on the Crypto-Jews and author of “To the End of the Earth: A History of the Crypto-Jews of New Mexico” (Columbia University Press, 2008).

“Chances are really good that many people have Jewish ancestors going back 500 years,” he said, estimating that after half of Spain’s several hundred thousand Jews left the country, half converted to Catholicism — half of those Jews converted willingly, assimilating and eventually blending into Catholic society.

“There were certain families that held onto ancestral Jewish faith and continued to practice,” he said. “Today, the overwhelming majority are perfectly content in their Protestantism and Catholicism. Only a handful of cases people are exploring a relationship with mainstream Judaism.”

This Shavuot, as Jews around the world celebrate the giving of the Torah on Mount Sinai and read the Book of Ruth — the story of the world’s most famous convert to Judaism — some of these Crypto-Jewish returnees will celebrate their bar and bat mitzvah with Leon at Congregation B’nai Zion, a synagogue with 400 families.

Ten percent of the members are Crypto-Jews, yet “without my anusim  I might not have a minyan,” Leon said.

He’s not kidding. On a hot Saturday morning in May, in the imposing angular white B’nai Zion building set starkly against the mountain range dividing El Paso, about 30 of the 50 people sitting in the circular sanctuary topped by a Jewish star skylight are Crypto-Jews. (The larger sanctuary is used on the High Holidays to accommodate the 1,500 members.)

One is Blanca Carrasco, 43, who returned to Judaism last year and is about to celebrate her bat mitzvah on Shavuot, which this year begins on the evening of May 28.

As the rabbi takes the Torah around the sanctuary to be kissed, the congregation sings “Etz chayim chai, l’amachazikim bah” (“A tree of life to all those who hold fast to it …”) and Carrasco tears up at the last verse: “Hashiveinu hashem elecha v’nashuva” — “Return us to you, God, and we shall return.”

Carrasco’s return to Judaism started as a curious Catholic child in Mexico, where she was infatuated with everything in the Bible. By the time she was 20 she converted to Evangelical Christianity, but the doctrine was still lacking for her and her husband, Cezar, who considered himself more of an atheist. Then, about 14 years ago, her mother invited her to a Passover seder at a Messianic congregation in El Paso.

“We felt it was familiar — it felt like home,” Blanca Carrasco said.

“Right in that instance, our life changed,” she added. “I needed to know more.”

Like a number of Crypto-Jews who now attend B’nai Zion, the Carrascos began their religious transformation by praying at the Messianic Center in El Paso, where they learned about Judaism, important rabbis, the Jewish festivals and history, and Crypto-Jews. She found some family names — Espinoza, Israel, Salinas — and a great-aunt who said her grandmother spoke Ladino.

Eventually Carrasco began to believe only in the Jewish traditions, and three years ago she decided to leave the Messianic congregation after a decade there.

“How can I explain to what is in my heart?” she said. “People would tell us, ‘You don’t have to do it,’ but we just love it and want to learn and want to do it.”

A year ago the couple underwent a “return ceremony,” which is technically a conversion, replete with a conversion certificate, since it requires at least a year of study, mikvah immersion and a declaration of faith.

For the Carrascos, their b’nai mitzvah ceremony on Shavuot is just another rite of passage on their journey to Judaism.

“Now we belong — we are not longing anymore, we are here,” Blanca Carrasco said. “We reached the place we were heading to.”

Talk to a number of the 50 anusim families that Leon has returned to Judaism — some of whom will be b’nai mitzvah this week — and you’ll hear a similar story.

She and her husband, Victor, converted five years ago, and after their b’nai mitzvah on Shavuot, they plan to have a Jewish wedding ceremony and, hopefully one day, move to Israel with their teenage daughter.

Is finding historical proof important to them?

“It’s not a determinant for my actual connection with God,” Victor said. “I think my heart, my feelings, my soul is Jewish. That is most important thing.

For Leon, who led a New Jersey congregation for 22 years prior to coming to El Paso, this has become his mission.

“God said to me, ‘I cannot bring back the 6 million who were killed in the Holocaust, but there was another group before who are alive in much larger numbers than Holocaust survivors because it’s been 500 years, generation after generation of generation,” he said. “Their souls are still alive. … You have to do something about it.’”

Not everyone agrees with this mission. Rabbi Yisrael Greenberg of Chabad of El Paso says he receives his share of phone calls from Mexicans who think they have Jewish roots but discourages conversion.

But, he added, referring to the strong religious ties of Mexican families and the community, “We have to be careful — we break families.”

“We should put our energy into the Jewish people rather than to try and bring anusim back,” Greenberg said. “If the anusim have a desire to understand Judaism, then let’s teach them about their ancestors and let them have an understanding,” he added, implying that the best thing to do would be to leave it at that.

Such an approach would be fine with Elay Romero, a retired pipe fitter, who has been retracing his family’s lineage through state records and was considering some DNA testing. He discovered Hordes’ book about Crypto-Jews and came to Taos, N.M., to hear the historian speak on the topic at the New Mexico Jewish Historical Society.

“I’m just curious,” Romero said. “If I had Jewish blood, it’s fine. But we’ve been practicing Catholics for generations, and I won’t change my affiliation with the Church.”

The rabbi, meanwhile, has big plans. In addition to welcoming Crypto-Jews, he helped start an anusim/Sephardic learning center and yeshiva in El Paso with Juan Pable Mejia, a graduate of the rabbinical program at the Jewish Theological Seminary of America, and Sonya Loya, the director of Bat-Tzyion Hebrew Learning Center in Ruidoso, N.M. The goal would be to bring awareness to the Jewish and general public about the Inquisition and Crypto-Jews on par with Holocaust remembrance.

“The anusim will come back eventually; there is a yearning. There is a divine plan out there,” Leon said.

With Hispanics being the fastest-growing population and the Jews constantly concerned about their diminishing population, Leon says the Jewish community should welcome those Hispanics who want to explore their Jewish ancestry.

“I think the anusim are the only answer,” he said. “They are returning one way or another.”