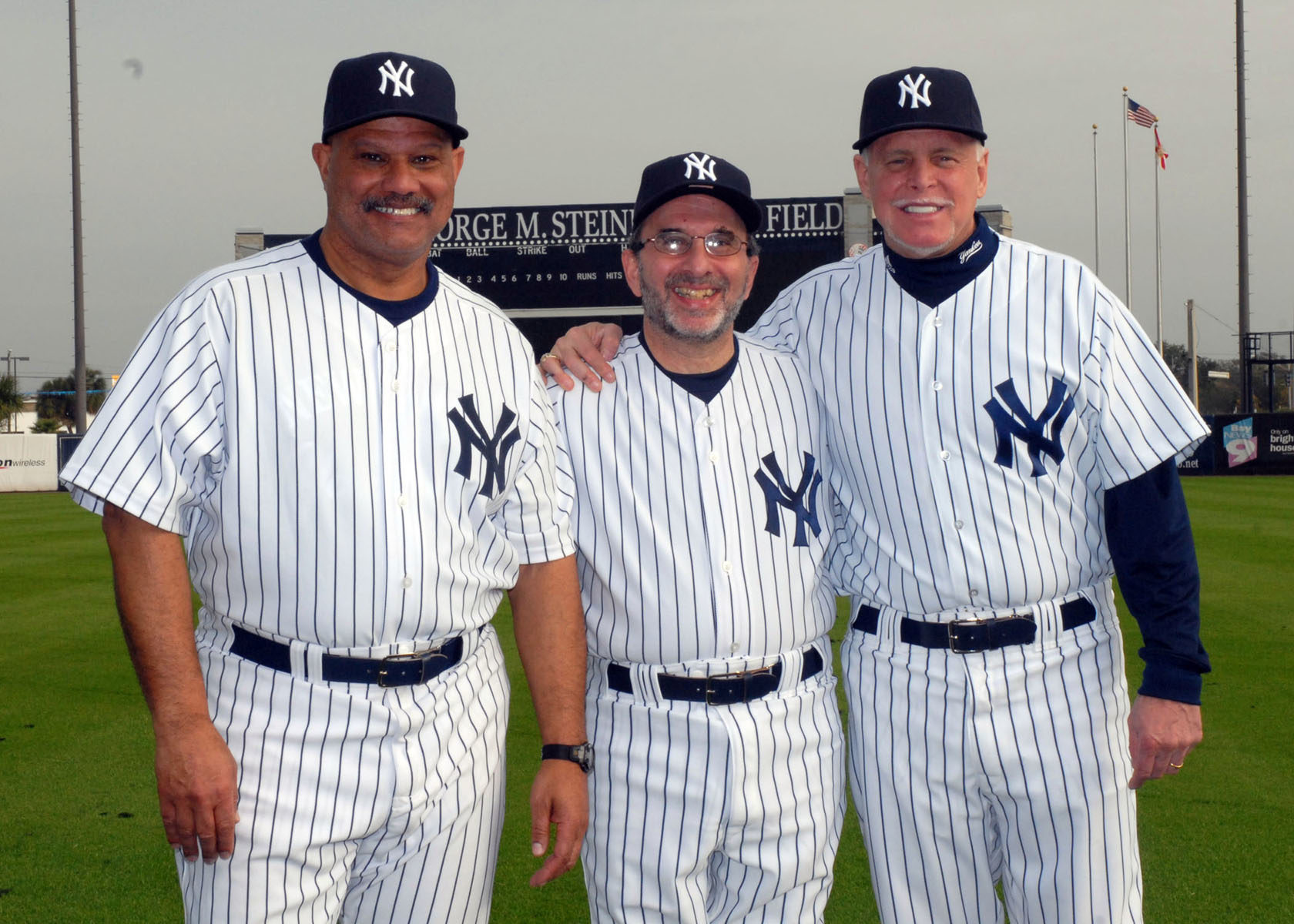 NEW YORK (JTA) — I have always been a crazy Yankee fan.

When I heard about the Yankees fantasy camp and the opportunity to be a New York Yankee for a week, play in the Yankees spring training facility in Tampa, Fla., be coached by Yankee legends and play against them in a Dream Game, I was excited about the prospects. So what if I had to take off a week from work during the school year? This was a chance of a lifetime.

Only there were problems. For one, the camp ran from Monday to Saturday, which meant that a Sabbath-observant Jew could not participate on Friday night and Saturday.

Also, there was the issue of kosher food. When I inquired, I discovered that I was the first Orthodox or observant Jew who had wanted to attend.

To my great relief, they were very accommodating. Camp officials said I could bring my own food and they would reimburse me.

One major hurdle remained, however. The Dream Games, where each team plays against the Yankee legends — the retired Yankees — was on Saturday, Shabbat. How could I miss the highlight of the week?

I thought of my Jewish predecessors, Sandy Koufax and Hank Greenberg, both of whom were faced with much harder decisions — whether to play or sit on Yom Kippur, the Jewish Day of Atonement. Will my teammates understand that I cannot play on Saturday? This would leave us shorthanded for the big game, just like the Dodgers and Tigers were shorthanded by Koufax and Greenberg’s decisions.

In my mind I thought, “This is a chance of a lifetime. Maybe God will understand if I play just one game.”

I didn’t know what to do; I decided not to attend.

My 60th birthday approached with this opportunity still on my mind, and I decided to attend the camp, bring strictly kosher food and not play in the Dream Game. In fact, I would not even attend the game.

I registered for the January 2009 camp and discovered that a second Orthodox Jewish camper, Stu Shapiro from Israel, was planning to attend. We would be on the same team coached by Ron Blomberg, the “Designated Hebrew,” and Chris Chambliss. At least there would be two of us.

The experience was great. Everyone was extremely respectful of my decisions and limitations. I played first base, second base and the outfield. I had the game-winning “walk-off” hit in our first game in the bottom of the ninth inning with the bases loaded. I completed a double play in the field and had the incredible experience of being coached by the great Chambliss.

I wore a yarmulke, so all the coaches called me “Rabbi.” They also asked many interesting questions. As I took my lead off first base, Tommy John wanted to know if Jews have women as rabbis.

After the inning ended, I explained to Tommy that the more liberal Reform and Conservative Jews have female rabbis, while the traditional Orthodox Jews, which I am, do not.

Once while I was waiting to hit, Blomberg asked if I wear my yarmulke when I sleep. Again I asked to postpone the discussion, at least until I was done batting.

Later I explained that while yarmulkes don’t have to be worn during the night, I sleep with mine because there are prayers to be said before falling asleep and upon rising.

Fascinated, he asked, “Rabbi, how do you keep it on your head all night?”

I explained that though it doesn’t stay on all night, the yarmulke does remain close by so that I have it in the morning.

Stu and I had decided we would not play in the Dream Game. As we cannot ride on Shabbat, we decided to walk the three miles from the hotel to George M. Steinbrenner Field with our families to show support for our team. Our teammates were respectful that we could not play and were happy to see us at the game — unfortunately, we lost 2-0.

Since we could not carry the food to the stadium on Shabbat, we had left it there Friday and enjoyed it the next day.

At the closing banquet that evening, I approached camp director Julie Kremer about possibly modifying the camp so that strictly kosher and Sabbath-observant campers could come and fully participate. To my delight, she said yes. Thus the Kosher Fantasy Camp was born.

The camp schedule was adjusted so that the minor league facilities would be available Monday when everyone arrives for workouts. The last game will be on Friday morning — no one wants to play a doubleheader on Friday because we are so sore — and some Dream Games will be held Friday afternoon for those teams that have the kosher campers.

Religious services will be provided by the local Young Israel/Chabad at the hotel with strictly kosher Shabbat meals. Speakers during the Shabbat program will be Blomberg, Irwin Cohen (the first Orthodox Jewish executive to win a World Series ring), David Fishof (the original Orthodox sports agent), and Paul Cohen (an Orthodox sports agent).

Hank Greenberg, Sandy Koufax, Stu Shapiro and I had to make a choice. We chose to hold to our Jewish beliefs even though it meant missing an opportunity of a lifetime. At the Kosher Fantasy Camp, no one will have to make that decision.

(Ira Jaskoll is the associate dean of the Sy Syms School of Business at Yeshiva University in New York City. He will attend the new Kosher Fantasy Camps.)