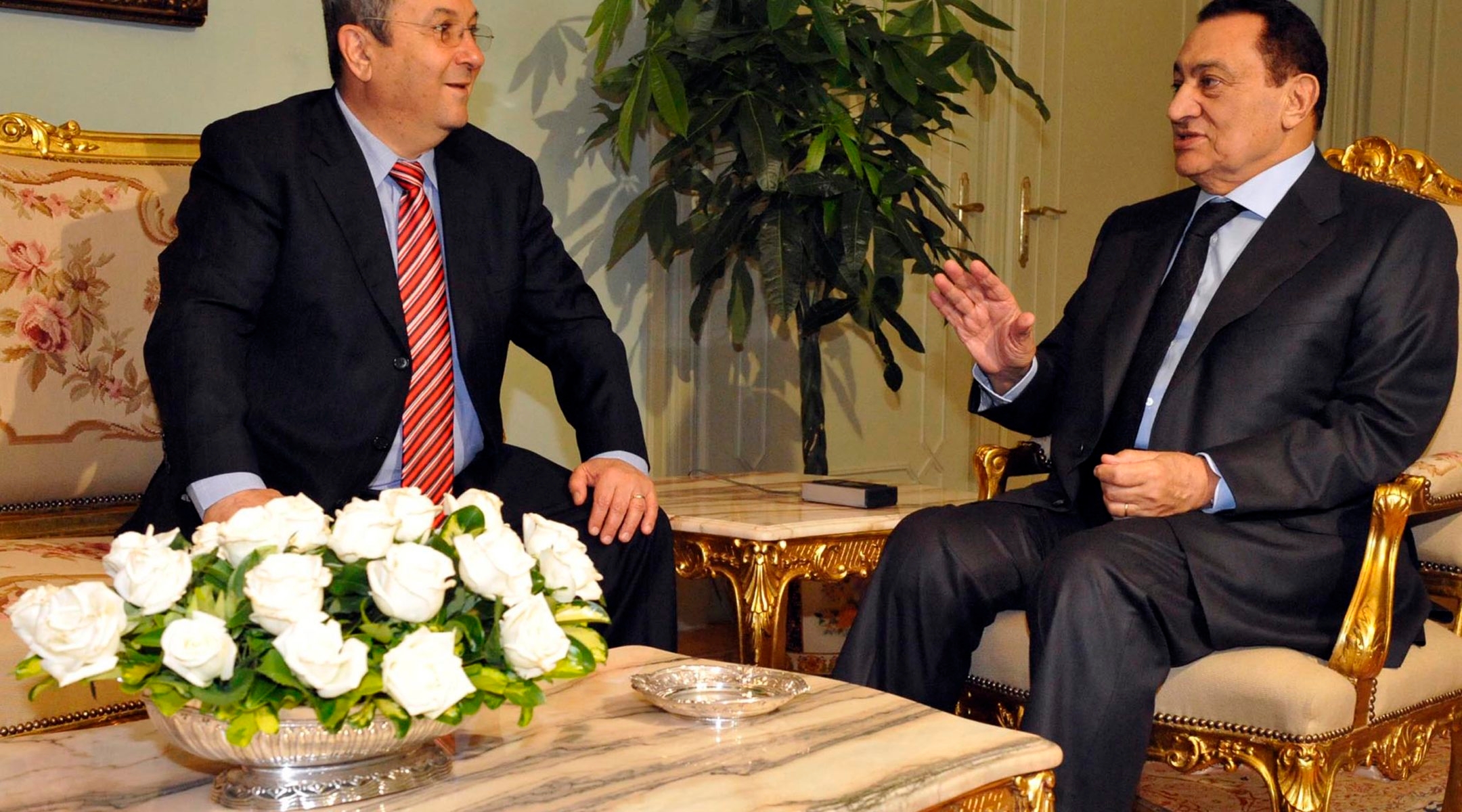 JERUSALEM (JTA) — Like the collapse of the Soviet Union nearly two decades ago, the outcome of the post-election unrest in Iran could be of major strategic significance for the Middle East and for Israel.

* President Mahmoud Ahmadinejad and the ruling ayatollahs use force to reassert the authority of their regime.

* The unrest takes on a dynamic of its own, driving the ayatollahs from power.

In each scenario, Israel stands to benefit.

Clearly, regime change in Tehran could alter radically the political landscape of the entire region.

After the fall of the Soviet Union, the Middle East gradually adopted a new but equally bipolar character: Instead of the Soviet Union and its proxies standing against the United States and its allies, Iran has supplanted the Soviet role as the prime adversary. It was Iran that fueled the Arab-Israeli conflict through its proxies in Lebanon and Gaza — Hezbollah and Hamas, respectively.

If street demonstrations do lead to regime change in Iran, Hezbollah and Hamas could lose their Iranian patron and their major arms supplier, and the prospects for Israeli-Arab accommodation would improve dramatically. A new regime also could put the brakes on the Iranian nuclear threat to Israel.

“Under a different regime, the peaceful relations we used to have with Iran could be re-established,” he declared in an interview with the German Bild newspaper.

Israel and Iran had ties until 1979, when the shah was overthrown and exiled.

This best-case scenario, however, is also the most unlikely.

More likely, Ahmadinejad and the radical ayatollahs led by Ali Khamenei will remain in power. Even if this is the case, however, they will be seen to have rigged the election and then used force to suppress the popular will. The regime will be perceived more widely as brutally suppressive, will lose international legitimacy and, if it persists with its nuclear weapons’ program, could face a much tougher sanctions regime than otherwise would have been the case.

Iran in the future may need to be more attuned to domestic concerns and spend less on outside forces such as Hezbollah and Hamas. This scenario, too, would be favorable for Israel.

If Mousavi comes to power by forcing and winning a new election, he may be ready for a deal with the West on the nuclear issue. He also is likely to be less virulently anti-Israel than Ahmadinejad, and to provide less support for Hezbollah and Hamas.

Some Israeli analysts fear that this will end up being only half a revolution: Mousavi would come to power, show a more human face of Shiite Islam to the rest of the world, win international plaudits, and defuse criticism and scrutiny of Iran while maintaining the same anti-Israel and nuclear policies as the previous government. Under a cloak of respectability, this Iran could be even more dangerous than Ahmadinejad’s, analysts fear.

Several leading Israeli Iran experts see the showdown in Iran as largely a family quarrel between members of the same conservative, clerical elite. They argue that there is not a great deal of difference between Ahmadinejad and Khamenei and the only slightly less conservative Mousavi, who is backed by Ayatollah Ali Rafsanjani.

Indeed, the protesters seem to be using Mousavi as a rallying figure because they have no genuine reformist of stature to back. By the same token Mousavi, who seeks the presidency to make minor reforms, is happy to use Iranians who want much more than he is offering to build his power base.

The big question for Iran, Israel and the Middle East is whether Mousavi is riding a tiger that at some point may usher in a new more democratic era in Iran, and with it a more malleable and stable Middle East.

Here the role of the armed forces could be crucial. The Iranian Revolutionary Guard surely will remain loyal to the Ahmadinejad-Khamenei regime, but what of the rest of the army? If there is to be a real revolution, army units would have to join the popular protest in relatively large numbers.

Although this does not seem likely now, Israeli analysts are not ruling it out. They point out that despite Iran’s unprecedented oil revenues over the past few years, the economy is in tatters because of heavy spending on exporting the Iranian revolution rather than on bettering the lives of the Iranian people.

Most analysts agree that Israel should not interfere or give any semblance of interfering in Iran, as to do so almost certainly would be counterproductive. Still, both Netanyahu and President Shimon Peres have expressed strong empathy for the Iranian protesters.

“Let the young people raise their voice for freedom,” Peres declared in a Jewish leadership forum. “Let the Iranian women voice their thirst for equality.”

Defense Minister Ehud Barak made a lightning visit to Cairo to discuss the Iranian situation with Egyptian President Hosni Mubarak.

In the regional divide between pro-Iranian radicals and pro-Western moderates, Israel and Egypt are on the same side, together with other key countries such as Saudi Arabia and Jordan. A major shake-up in Iran could reshape the regional architecture and perhaps pave the way for far-reaching rapprochement between Israel and its neighbors.