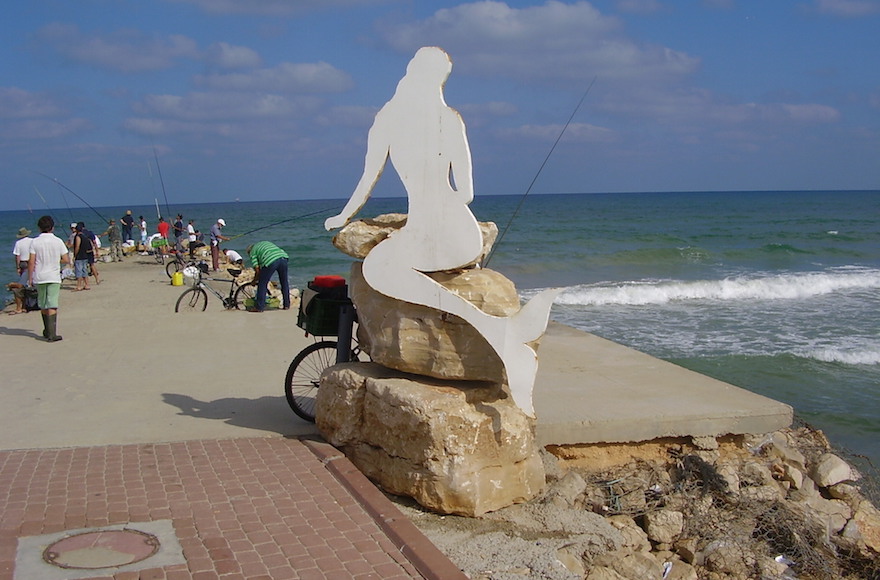 JERUSALEM (JTA) — A town near Haifa is offering $1 million for proof that a mermaid lives in its waters.

In recent months, several residents of Kiryat Yam have called city hall to report  sightings of a half-girl, half-fish doing tricks such as jumping in the air like a dolphin, before disappearing into the sea.

People have been gathering at the beach in the evenings, when the mermaid is said to emerge, trying to get a look at the creature and take her picture.

A photograph of the mermaid is enough to claim the $1 million reward, according to reports.