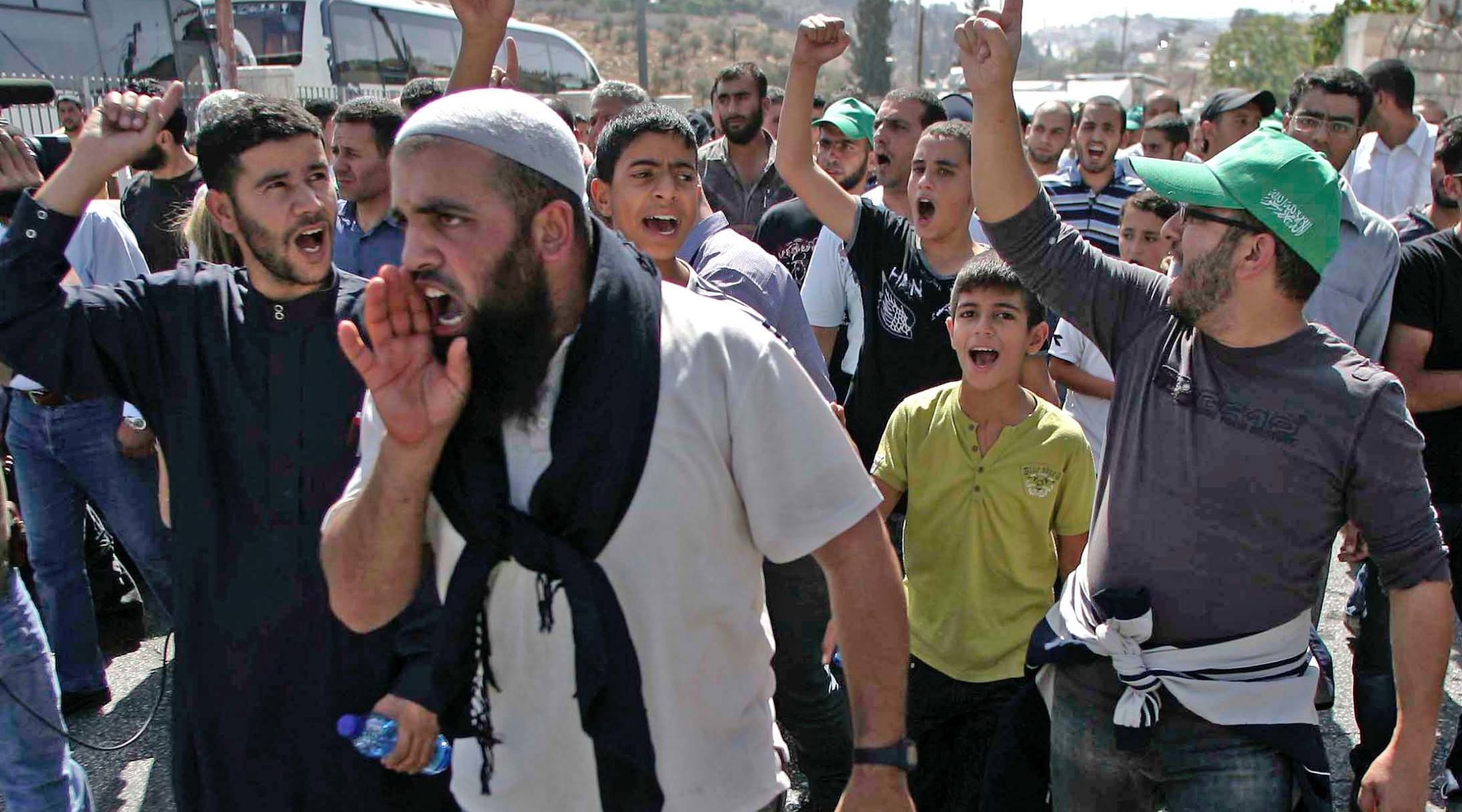 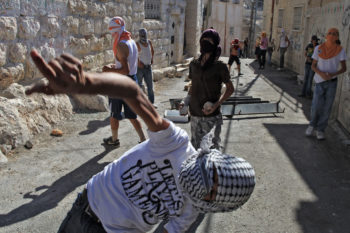 The clashes began on Sept. 27, Yom Kippur eve, when some 150 Arabs stoned a dozen or so Jews visiting the Temple Mount. Riots spread to several Arab neighborhoods in the Old City and lasted throughout Yom Kippur.

The violence resurfaced this week when Israel restricted access to the Temple Mount while thousands of Jewish pilgrims visited the Western Wall for Sukkot observances.

“We will liberate al-Aksa with blood and fire,” an Islamic leader, Sheik Ra’ad Salah, told supporters in eastern Jerusalem, referring to the mosque on the Temple Mount. Salah was arrested Tuesday for incitement.

“We call on the Palestinian public to confront Israel and its plans,” Palestinian Authority Prime Minister Salaam Fayad said in a statement Monday.

With Arab religious figures calling on Palestinians to flock to the Temple Mount to protect Muslim holy sites, some Israeli commentators said the rhetoric was reminiscent of the fall of 2000, when violent clashes around the High Holidays erupted into the second intifada.

But a deputy police commissioner, Mickey Levy, told the Israeli news outlet Ynet that this kind of violence is common during the Jewish holidays. Mohammed Dahlan, a former Palestinian security chief and Fatah Party official, told Reuters that a full-blown uprising would only harm Palestinians.

“We may resort to popular action or civil action. We have an open mind on all legitimate methods permitted by international law,” Dahlan said. “But we won’t push the Palestinian people into a disaster.”

The Palestinian Authority condemned Israel for allowing Jews to visit the Temple Mount and called on the international community “to force Israel to halt its efforts to Jewify the city.”

Israeli authorities said they are interested only in quelling the violence (though Israeli officials, including Jerusalem’s mayor, frequently talk about the need to bolster the city’s Jewish character).

On Monday, Israeli police announced that they had restricted access to the mosques on the Temple Mount to men over the age of 50 after discovering wheelbarrows full of boulders throughout the compound — which they took as a sign of a planned riot.

A day earlier, rioters in the Old City pelted police with bottles and rocks, and in eastern Jerusalem Palestinians threw stones and firebombs at Israeli Border Police near the Shuafat refugee camp. Several demonstrators were arrested and at least two police officers were injured.

The annual Sukkot priestly blessing ceremony at the Western Wall took place Monday morning without incident. Later in the day, however, Palestinian youths attacked worshipers on Jerusalem’s Mount of Olives and an Israeli soldier was stabbed in the neck while inspecting a Palestinian bus stopped at a checkpoint outside Jerusalem.

Jerusalem Mayor Nir Barkat told Israel Radio that the provocateurs should be stopped and that the violence serves neither Israelis nor Palestinians.

No incidents were reported during Tuesday’s annual Jerusalem March, when 70,000 people — including non-Jewish pilgrims marking the Feast of the Tabernacles — paraded through Jerusalem’s streets.