Jewish roots for ‘Where the Wild Things Are’ 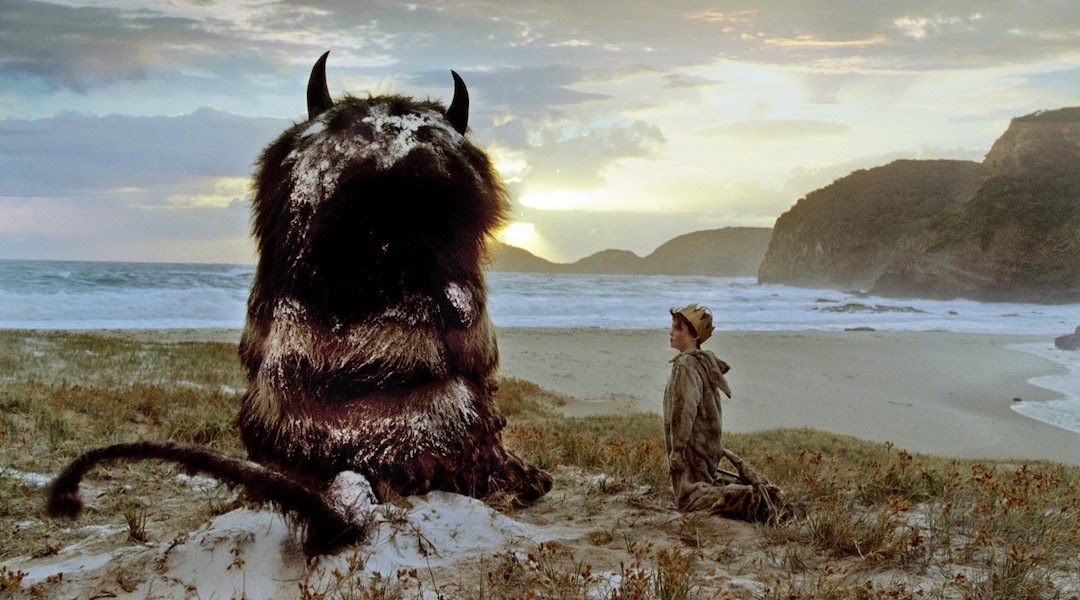 James Gandolfini as Carol and Max Records in "Where the Wild Things Are." (Courtesy of Warner Bros. Pictures)
Advertisement

Causing a rumpus in the box office this week: Spike Jonze’s fanciful film adaption of the perennial childhood favorite, Where the Wild Things Are, by Maurice Sendak.  The flick was officially the film of choice this weekend, pulling in a whopping $32.5 million.

Sendak’s story, well known for its poignant themes of family and the conflicts it engenders, has some interestingly Jewish roots.  Born in 1928 to Eastern European Jewish immigrants, Sendak modeled his “wild things” on aunts and uncles who visited his family’s Brooklyn home on weekends during his childhood.

In a 2005 interview with The Jewish Museum in Manhattan, Sendak said that his only relief from these family members, who pinched his cheeks and had voracious appetites, “was to examine those relatives critically and make note of every mole, every bloodshot eye, every hair curling out of every nostril, every blackened tooth.”  Sendak even modeled one of the book’s famed phrases, “I’ll eat you up!” from a similar, albeit friendlier saying these relatives used to use: “You’re so cute, I could eat you up.”

Two years earlier, Sendak told the Los Angeles Times that he originally intended to title the book ‘Where the Wild Horses Are,’ but ran into a brick wall when his drawings of horses left something to be desired.  He credits his editor for the present title, saying she hoped he “could at the very least draw ‘a thing’!”  Those ‘things’ were his relatives, a truth he now feels comfortable revealing.  “They’re all dead now, so I can tell people.”

Where the Wild Things Are is not the only place Sendak’s heritage pops up.  Several of Sendak’s books borrow from his childhood in Brooklyn amongst Yiddish-speaking immigrant families.  The Sign on Rosie’s Door, one of several short stories which were eventually adapted into the Broadway musical Really Rosie, depicts a young girl who sings and dances on her New York City apartment building’s stoop.  Though Sendak’s original Rosie was Italian, the character’s most recognizable musical incarnation is a Jewish heroine who exclaims “Oy Vey!”

Several of Sendak’s darker works borrow from the Holocaust and the personal impact it had on his own family.  As a first generation American, many of Sendak’s relatives back in Europe fell victim to the Nazis during World War II, including his paternal grandfather, aunts, uncles and cousins.

His 1973 illustrations for The Juniper and Other Tales of Grimm reflect an interest in German culture and Sendak’s constant journey to emotionally process the Holocaust.  In the same vein, Sendak’s illustrations in Zlateh the Goat, a book based on several of Isaac Bashevis Singer’s children’s stories, include portraits of Sendak’s relatives lost in the Holocaust.

Most recently, Brundibar, published in 2003, is both an illustrated book and opera based on a 1938 children’s opera composed Czech-Jewish composer Hans Krása.  The libretto was adapted by playwright Tony Kushner and Sendak created the illustrations for the book.  Sendak also designed the sets and costumes for the opera.  Brundibar follows two penniless children, Pepicek and Aninku, who set out in search of milk to feed their sick mother.  The hurdles they overcome in the process, including an encounter with the teenaged bully Brundibar, became symbolic of the resistance of inmates at Terezin concentration camp, where the opera was originally performed by young Jewish prisoners.

Sendak’s Jewish sensibility seems in keeping with that of Spike Jonze; the two worked closely on Where the Wild Things Are and reportedly got along swimmingly.  Jonze, born Adam Spiegel, has notoriously kept mum on his own Jewish background, but once revealed he is the great-great grandson of Joseph Spiegel, founder of the Spiegel catalogue at the turn of the 20th century and the son of a German rabbi.

If ever there were questions of Sendak’s place in the history of children’s literature, the success of Where the Wild Things Are in both the box office and the best seller lists seems to have dispelled them.

As far as the Jewish influences in Where the Wild Things Are go, one thing is clear.  Its wolf suit-wearing hero, the temperamental Max, is the ultimate vilde chaya.  All signs point to him wreaking havoc for many years to come.