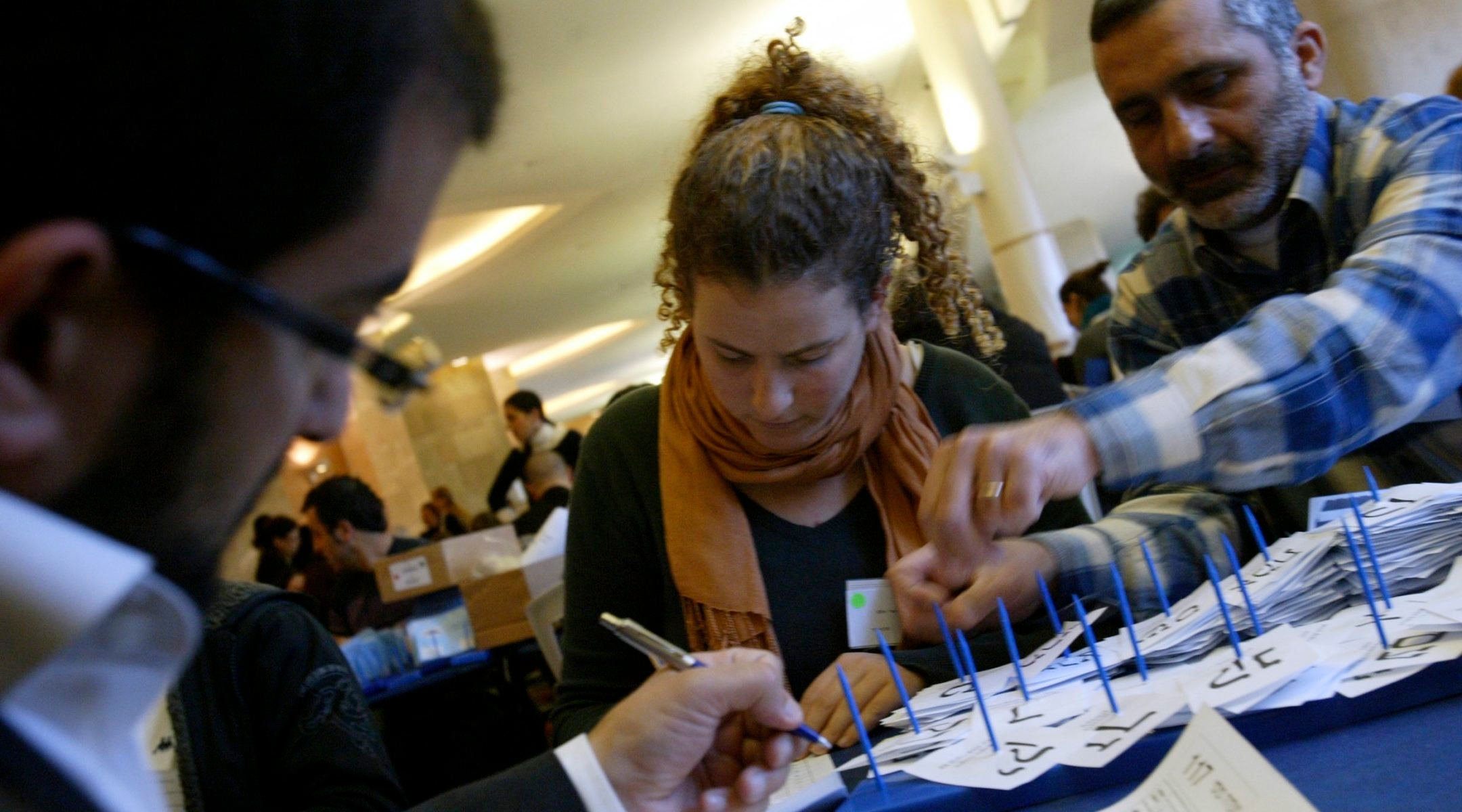 JERUSALEM (JTA) — Hilary Levenson holds three passports: from her native Britain; Israel, to where she immigrated in 1974; and the United States, where she has lived since 1990.

But she exercises her right to vote only in the country in which she lives — at a polling station near her home in Norman, Okla.

If Israel’s Yisrael Beiteinu party has its way, however, Levenson soon could be eligible to vote from the United States in Israeli elections.

Even if the bill passes, Levenson says she wouldn’t vote in Israeli elections.

“I would not vote from outside of Israel,” Levenson said this week in Israel during a family visit. “Each vote affects everybody here. I’m not living here anymore or bringing up kids here anymore.”

The exact contours of the bill are still under debate, and the chances of its passage are slim. One version would limit voting rights to those who hold Israeli passports and have been abroad for less than 10 years. Netanyahu is said to favor a time limit of four to six years — about the length of time it takes to achieve one or two academic degrees.

To a large extent, the debate over the bill is about the legitimacy of Israelis spending time overseas. In a country this small, going abroad is not just a rite of passage but, in many professions, a virtual requirement. Academics are encouraged to do post-doctoral studies overseas, and doctors are urged to take fellowships and train outside the country.

The question for Zionists is how much time abroad is too much.

Giving Israelis who live overseas the right to vote from abroad “legitimizes leaving the country,” said Shlomo Avineri, a professor of political science at Hebrew University who served as director general of Israel’s Foreign Ministry under Yitzhak Rabin.

“It’s a very bad idea,” he said. “It’s a matter of principle. If you don’t live here, you don’t vote. Participation in the political process while you are not going to have to live with the consequences is immoral and undemocratic.”

A Yisrael Beiteinu spokesman, Danny Hershtal, noted that the current law allows even Israelis who haven’t lived in Israel for decades to vote — they just have to come to Israel to cast their ballot.

“Every Israeli has a right to vote. What prevents most Israeli citizens from voting is that they do not have enough money to fly to Israel on Election Day,” Hershtal said of Israelis overseas. “A person who cares about Israel has a basic right as a citizen to vote. We simply want to equalize it and make it more convenient.”

In theory, because of the unique nature of Israeli immigration laws that grant any Jew the right to immigrate, the prospect of such a bill raises the possibility that Diaspora Jews could obtain Israeli citizenship simply to get a say in Israeli elections without going through the trouble of actually living in Israel, even on Election Day. Several versions of the bill under consideration aim to eliminate that possibility.

The bill seems to be gaining little traction, though it has served as fodder for newspaper editorialists and columnists to opine about the subject. Haaretz and the Jerusalem Post both wrote editorials against it.

Columnist Michael Freund, writing in the Jerusalem Post, said he thought it was a good idea.

“To be sure, Israelis who choose to live abroad have elected to cast their fate elsewhere, for whatever reason,” he wrote. “But the choice we face is whether to write them off or seek ways to strengthen their bonds to this country, in the hope that one day they or their children will return.

“Giving them the right to vote seems like a good place to start,” Freund wrote.

Avineri called such thinking “nonsense,” arguing that it destroys the distinction between the Diaspora and Israel.

The Absorption Ministry estimates that 750,000 Israelis are living overseas — about equal to 10 percent of the population in Israel. But many of them do not have valid passports and would be unlikely to win eligibility to vote.

During recent highly contentious elections in Israel, political activists arranged for subsidized charter flights to bring Israelis living in the United States to Israel to vote on Election Day. The proposed bill to allow voting without going through the hassle of getting on a plane to come to Israel is seen as favoring Israel’s right wing because Israelis living overseas trend to the right.

The president of the Zionist Organization of America, Morton Klein, who opposes the proposed bill, dismissed that notion.

“Israelis that I know living in America are very left wing, very secular,” he said. “People who are nationalistic live in Israel.”

Israel’s left-wing parties are against the proposed bill, but so are some members of right-wing parties, including Shas. Knesset members from the centrist Kadima Party are divided; party leader Tzipi Livni is staunchly opposed.

“I believe that we must encourage Israelis to return to Israel, but the right to determine what will happen in the state needs to be reserved only for those who chose to base their future here,” Livni said. “The privilege of determining the fate of Israel must be in the hands of those living in Israel and are willing to pay the price of their decisions in elections, for better or for worse.”