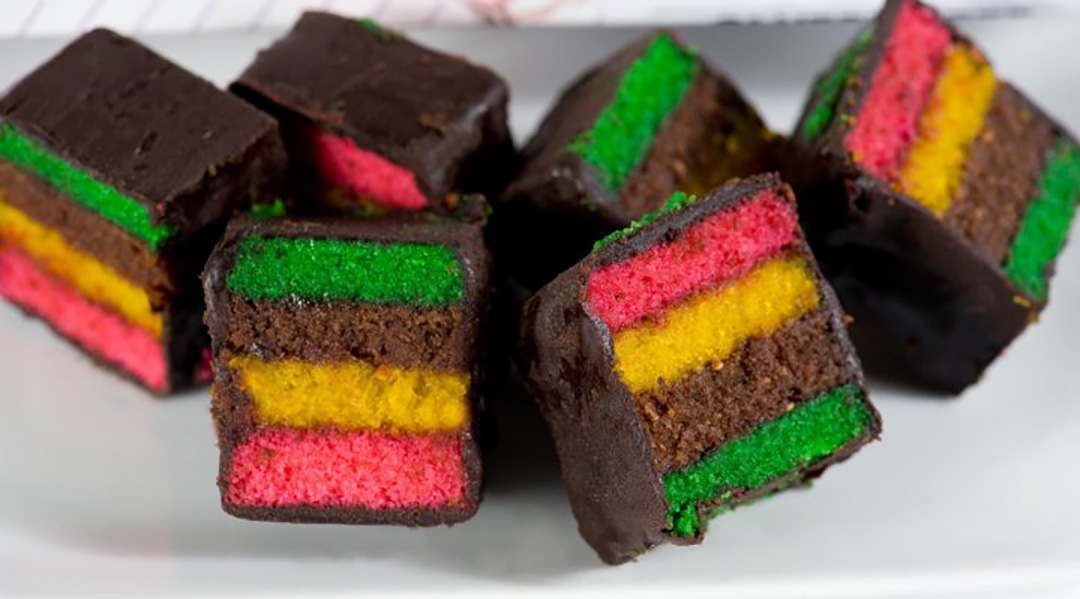 Before “gluten-free” became a household word, Passover was eagerly awaited by many a non-Jew.

It was not uncommon for the Celiac disease-afflicted, along with others adhering to a gluten-free diet, to consult Pesach recipes year-round and, come spring, to flock to kosher supermarkets.

“When there weren’t many gluten-free products on the market, people would go straight for the Passover section,” says Shauna James Ahern, a blogger and author of “Gluten-Free Girl: How I Found The Food That Loves Me Back” (Wiley). “For a long time, those foods were a refuge for folks.”

Today, a growing number of foods are certified gluten-free. And many of them are kosher-for-Passover products refashioned and repackaged for the new market.

Not all that is kosher for Passover is gluten-free and vice versa. Nonetheless, because gluten is found in wheat and other grains that are considered chametz, there is a huge overlap between the two diets.

And as more and more people are diagnosed each year with Celiac disease, and as gluten-free diets are increasingly recommended for a variety of other medical conditions, including autism and attention-deficit disorder, seasonal kosher-for-Passover producers are discovering it makes good business sense to tap into the growing, year-round gluten-free market.

According to a 2008 report by Packaged Facts, a market research firm, 15 to 25 percent of U.S. consumers are looking for gluten-free products, says Whitney Ehret, director of communications for the National Foundation for Celiac Awareness.

“The [gluten-free] marketplace is growing by 28 percent a year and is one of the largest growing segments in the food industry,” Ehret adds.

Already accustomed to certification and supervision, kosher companies that serve the Passover market are in an excellent position to go gluten-free.

Even kosher foods that are not gluten-free are “easily converted,” Ehret observes, because “they already have such vigilant practices in their facilities.”

One company the NFCA certifies is Shabtai Gourmet, a family business in the Five Towns that has for over 20 years been baking and distributing pareve, kosher-for-Passover treats to individuals, hotels, cruise ships and other customers. While the Passover market remains Shabtai’s bread and butter, so to speak, gluten-free consumers, many of them not Jewish, are accounting for a steadily growing percentage of sales.

“Gluten-free people were calling us throughout the year, asking ‘Can I get it all year long?’” explains Andrew Itzkowitz, the son of Shabtai’s founders and now the director of natural foods sales.

About five years ago, while he was a student at Queens College, Itzkowitz “decided to start selling to a couple local health food stores. Now we have national distribution.”

Once retailed primarily in kosher supermarkets, Shabtai products, including “RingTing Cupcakes” and a “Swiss Chocolate Roll” that resembles Hostess and Little Debbie snack cakes, can now be found in the gluten-free sections of many health food stores. This spring, a Whole Foods in Boston began selling some Shabtai items. Shabtai also sells directly to consumers year-round through its Web site, which features resources on Celiac disease and describes itself not as a Passover or kosher bakery, but as “a unique Gluten Free Bakery line specializing in Gluten Free, Lactose Free, Soy Free, Casein Free, Peanut Free & Dairy Free Cakes and Cookies.”

Aviv Bakery, an Israeli manufacturer that distributes in the United States, is also making the jump from Passover-only to gluten-free.

“Some years ago we started making Pesach products a few months a year in a special facility,” Tzippi Witz, manager of marketing, told The Jewish Week. “Then we realized it was a gluten-free facility, so we partnered with a food technologist, and the products are about to be launched as a gluten-free line called Green Lite.”

A growing numbers of kosher companies, whether kosher-for-Passover or not, are seeking gluten-free certification, both because of demand from kosher consumers who are also gluten-intolerant, as well as an interest in appealing to a new niche.

According to Rabbi Gad Buchbinder, a rabbinic coordinator for the Orthodox Union’s kashrut division, over 50 OU-certified companies now have gluten-free certification as well, and a growing number are looking into becoming gluten-free.

The OU, the largest kosher supervisory agency in North America, works closely with the Washington State-based Gluten Intolerance Group, which five years ago, with help from the OU, began the Gluten-Free Certification Organization.

Knowing of the OU’s vast reach — it certifies over 5,000 facilities in 80 countries — as well as its familiarity with ingredients and food production, the gluten group approached the OU.

Because of the overlap between Passover restrictions and gluten-free, “we knew they were going to get it,” explains Channon Quinn, director of industry programs for the GFCO.

“We’re experts on kosher, not gluten,” says Rabbi Buchbinder. “But on the other hand, we have knowledge that the gluten-free people can use. And we have relationships with many manufacturers who make kosher-for-Passover food, and we are telling them that the [gluten-free certification] is available.”

According to Quinn, in the last two years the GFCO has almost tripled the number of companies and products it certifies: approximately 110 companies and over 4,000 items in 10 countries. This year, for the first time, it even certified a line of gluten-free matzah (made from oat, not wheat).

Approximately 70 percent of the products the GFCO certifies are also kosher-certified, although not all through the OU.

When new companies approach the GFCO about certification, “one of the first questions we ask is if they’re kosher,” Quinn says.

“We know that if they’re certified kosher, they’re used to strict guidelines and oversight.”

The growing trend of kosher-for-Passover products becoming “non-gebrochts,” eliminating matzah meal and matzah flours to appeal to more stringently observant Jews, makes the Passover/gluten-free alliance even more of a no-brainer, since virtually all non-gebrochts foods are also gluten free.

“If a company has a choice of using potato starch, not matzah meal, and having a broader market, they’ll do it,” the OU’s Rabbi Buchbinder says.

Although Jews are no more likely to suffer from Celiac disease than are members of any other ethnic group, the overlap between kosher and gluten-free extends even beyond Passover foods.

While most of the Gluten-Free Shoppe’s customers are Jewish, many are not, and people come from all over the New York area, says owner Hershy Lieber, who lives in Borough Park.

The shop sells hundreds of gluten-free, kosher products, but did not start as a Passover business, says Lieber.

Rather “we felt there was a niche,” he says. “We realized that you had gluten-free consumers that were really going through a difficult shopping experience, almost feeling like second-class citizens because very few gluten-free products are available in your standard supermarket.”