Shin Bet details efforts to bring Blau back to Israel 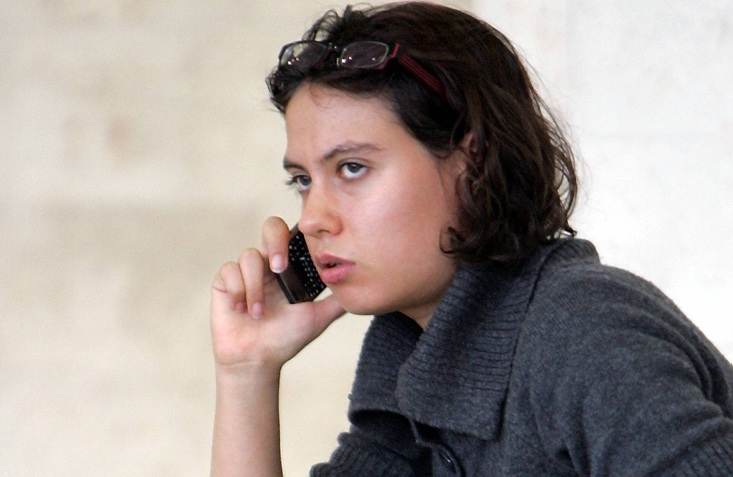 In an extraordinary and detailed statement on the Anat Kamm affair posted April 8 on the Shin Bet Web site, the agency said its efforts to negotiate the return of Uri Blau to Israel had arrived at a “dead end.”

Separately, Kamm’s lawyer, Avigdor Feldman, told Ha’aretz on Monday that she was releasing Blau from any confidentiality agreement in hopes that this would lure Blau home. Kamm was apparently Blau’s source.

The agency said it arrived at an agreement in September with Blau, an investigative reporter, to destroy 50 classified documents he had obtained.

In its own statement, Ha’aretz confirmed the deal, which it said was signed on Sept. 15, adding that Blau handed over “dozens of classified documents in his possession.”

The Shin Bet statement goes on to suggest that its agreement with Blau was nullified when investigators allegedly discovered that Kamm — Blau’s alleged source — had appropriated 2,000 documents, many of them top secret, “including special operations, operational commands, operational and intelligence assessments, command forum summaries, ongoing security activity, documents having to do with means of warfare, deployment of troops. etc.”

Because of the “critical gap” between the 50 documents Blau handed over and the 2,000 allegedly appropriated by Kamm, the state attorney requested an interview with Blau, who has been overseas since December, the statement said. The Tel Aviv district prosecutor has negotiated the terms of his return over the last few weeks with Blau’s representatives, the statement said, but on April 6, the negotiations came to a “dead end.”

Ha’aretz’s statement confirmed the second set of negotiations, but added that, in its view, the Shin Bet had violated the terms of its deal with its continuing efforts to question Blau.

The newspaper’s statement does not specifically address whether Blau holds additional documents; it describes the papers returned by Blau in September as “documents he had used to prepare his articles.” It also said the original deal was aimed at “preserving the newspaper’s sources of information and the freedom of a reporter to act without harming the nation’s security.” The statement also notes that Blau’s reporting passed the censor.

“Ha’aretz regrets the sudden about face in he Shin Bet’s position and its results, the substance of which is the placing heavy pressure and threats on a journalist fulfilling his role,” its statement said.

Blau, who left Israel in December on a honeymoon trip, is now in London.

Kamm had, as part of her military service, worked for Central Command. She subsequently was a media reporter for Walla, an online news site that was until recently partly owned by Ha’aretz.

Kamm has denied the charges. Police papers uncovered by Ha’aretz quote her as saying her aim was to expose war crimes.

One memo said Lt. Gen. Gabi Ashkenazi, then as now the chief of staff, approved assassinations if troops determined that no more than one innocent would be killed; the Supreme Court had ruled that no innocents may be killed in such attacks. After the publication of the documents, the Shin Bet says in its statements, Ashkenazi requested an investigation.

One of Kamm’s lawyers, Avigdor Feldman, says that authorities are making Kamm a “scapegoat.”

“If she had been really interested to undermine state security, there would have been no shortage in hands and ears willing to accept that material and use to hurt the state,” Feldman told Ha’aretz in a story published Ap[ril 8. “Someone just said to himself, ‘Let’s find a scapegoat.'”

The Shin Bet statement alleges that Kamm attempted to interest another journalist in the documents. It said that military intelligence “assesses that exposing the documents to hostile forces could bring about substantial harm, a risk to life, and harm to the state’s security.”

The Shin Bet statement alleges that Kamm attempted to interest another journalist in the documents.

Israeli courts gagged news of the case and of Kamm’s arrest in December. The gag was lifted April 8 after JTA and other news services not subject to the gag order published accounts outside of Israel.