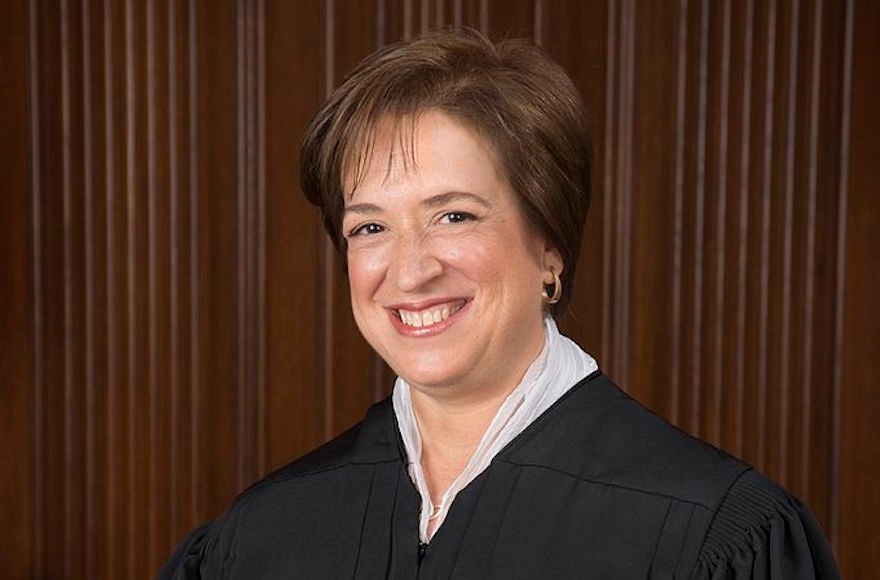 A Jewish woman on the U.S. Supreme Court? Been there, done that (Ruth Bader Ginsberg).

But it turns out, according to The New York Jewish Week, that Elena Kagan was a pioneer — back when she was 12, and wanted a bat mitzvah at her family’s Orthodox synagogue:

Elena Kagan, , President Obama’s nominee for the Supreme Court,  wanted a bat mitzvah when she turned 12. But that simply was not done in May 1973 at Lincoln Square Synagogue, the Orthodox congregation to which the Kagan family belonged.

“I remember she was very definite,” recalled Rabbi Shlomo Riskin, the congregation’s spiritual leader at the time. “She came to me and very much wanted it; she was very strong about it. She wanted to recite a Haftorah like the boys, and she wanted her bat mitzvah on a Saturday morning.”

Never having officiated at a bat mitzvah before, Riskin, now the chief rabbi of the West Bank town of Efrat, said he had to “figure out what to do for a bat mitzvah. … I was playing it by ear.”

He said he “could not give her everything” she wanted. For instance, Riskin said she could have her bat mitzvah on a Friday night, not a Saturday morning. And instead of reciting a Haftorah, she chanted, in Hebrew, selections from the Book of Ruth.  “I was very proud of her,” he said. “She did very well. After that, we did bat mitzvahs all the time. … She was part of my education. This was for us a watershed moment.” …

Cantor Goffin said the Kagans joined the synagogue when the congregation began an outreach to the unaffiliated in the community and began a Hebrew school.