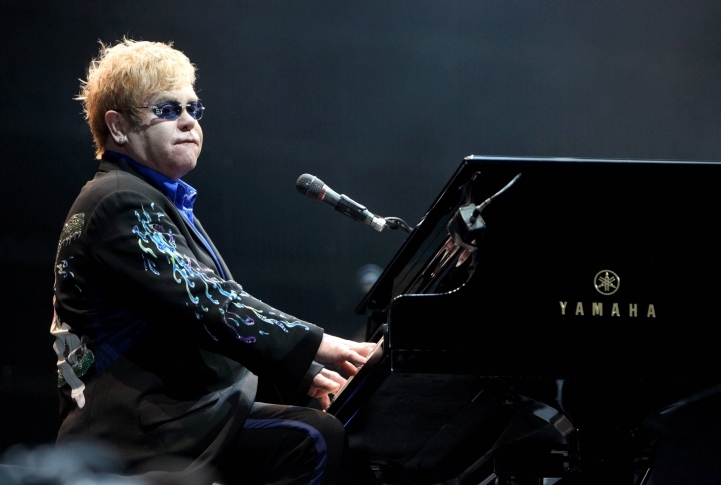 British singer Elton John, who performed in Ramat Gan, Israel on June 17, 2010, said nothing would stop him from coming to perform in Israel. (Flash90 / JTA)
Advertisement

JERUSALEM (JTA) — Actress Meg Ryan’s decision to cancel her appearance at this week’s Jerusalem Film Festival didn’t garner the same attention in Israel as British rocker Elvis Costello when he nixed his Israel concert this spring.

Both, however, were a reminder to Israelis that in the eyes of much of the world, Israel’s politics and culture are inseparable.

The cancellations were part of a string that Israel has experienced over the past few months, including appearances by the indie rock band The Pixies, singer Devendra Banhart, alternative rockers Gorillaz, the British band the Klaxons and American soul singer Gil Scott-Heron. In February, rock legend Carlos Santana withdrew from a sold-out performance reportedly due to pressure from pro-Palestinian groups.

Israelis have taken to calling this a “cultural intifada” — borrowing a term used by the Palestinians to describe their uprisings against Israel.

“Intense pressure is being applied to foreign artists not to come to Israel,” prominent Israeli promoter Shuki Weiss, who has brought such top-name acts to Israel as Madonna and Pink Floyd’s Roger Waters, told the Israeli business daily Globes.

“I am full of both sorrow and pain in light of the fact that our repeated attempts to present quality acts and festivals in Israel have increasingly been falling victim to what I can only describe as a form of cultural terrorism which is targeting Israel and the arts worldwide,” Weiss wrote in a statement.

The most recent high-profile cancellation, by Ryan, came right after Israel’s deadly May 31 interception of the Gaza-bound, Turkish-flagged aid flotilla, which left nine passengers dead. A day later, Ryan’s staff e-mailed the Jerusalem Film Festival to say she would not be able to attend. Reports that actor Dustin Hoffman also canceled an appearance at the festival were unfounded; Hoffman had never been scheduled to attend the event.

When Costello canceled his two concerts in Tel Aviv at the end of June, he said the decision was “a matter of instinct and conscience.”

In a message posted on his website, Costello wrote, “There are occasions when merely having your name added to a concert schedule may be interpreted as a political act that resonates more than anything that might be sung and it may be assumed that one has no mind for the suffering of the innocent.”

The cancellations have frustrated Israel’s music lovers, producers and friends.

” received an Academy Award nomination for Best Foreign Language Film, told JTA that the refusal of artists to perform in Israel is a kind of collective punishment of the culture-loving public — often the very public that is “extra critical of Israeli policies.”

Cedar said that while he believes a boycott is “a legitimate way for an artist to express his political views,” they should be political views the artist has consistently and publicly held.

Some artists appear to be concerned that their performances in Israel will be perceived as a political endorsement of Israel’s policies.

When Banhart canceled a pair of Tel Aviv performances two days before their mid-June dates, a message posted on the artist’s website read: “We were coming to share a human and not a political message but it seems that we are being used to support views that are not our own. We will be overjoyed to return to Israel on the day that our presence is perceived and reported on as a cultural event and not a political one.”

Asked what the Israeli Sport and Culture Ministry is doing to stem the tide of cancellations, a ministry spokesman said “nothing.”

The cultural boycott of Israel has spread beyond the borders of the Jewish state. Last month in Spain, a float sponsored by the Tel Aviv municipality was banned from Madrid’s gay pride parade. One reason for the withdrawal cited by organizers: Tel Aviv Mayor Ron Huldai had not condemned the Gaza flotilla incident.

The same week, a popular Bob Dylan fan site began blocking users inside Israel in what the Danish site operator called a “cultural boycott” in response to the flotilla incident.

Israel has faced similar situations. During the second intifada in the early 2000s, numerous artists canceled appearances in the country due to security concerns.

Still, many acts are going through with their scheduled performances. Some, like the British rock group Jethro Tull, are taking pains to draw distinctions between culture and politics.

After coming under pressure from pro-Palestinian groups such as the U.S. Campaign for the Academic and Cultural Boycott of Israel, Jethro Tull reaffirmed that it would be playing three concerts in Israel in early August.

Front man Ian Anderson said in a statement linked to the concert dates that he has “long maintained the position that culture and the arts should be free of political and religious censorship and a distance kept between them.” Anderson also said he would donate his concert proceeds to charities promoting coexistence.

Others have been more unabashedly warm toward Israel. In mid-June, Elton John, who has donated money to Israeli causes, played before an enthusiastic crowd.

“Shalom, we are so happy to be back here! Ain’t nothing gonna stop us from coming, baby,” the singer told the crowd. “Musicians spread love and peace, and bring people together. That’s what we do. We don’t cherry-pick our conscience.”

Musicians Rod Stewart and Rihanna also performed in Israel last month. And on Sunday, Ynet reported that American singer Missy Elliott announced that after pressure to cancel her July 15 show in Tel Aviv, she will arrive in Israel a day early to tour the country with her entourage of dancers and crew.