With an eye toward cooperation, recalling the Holocaust heroism of Muslims 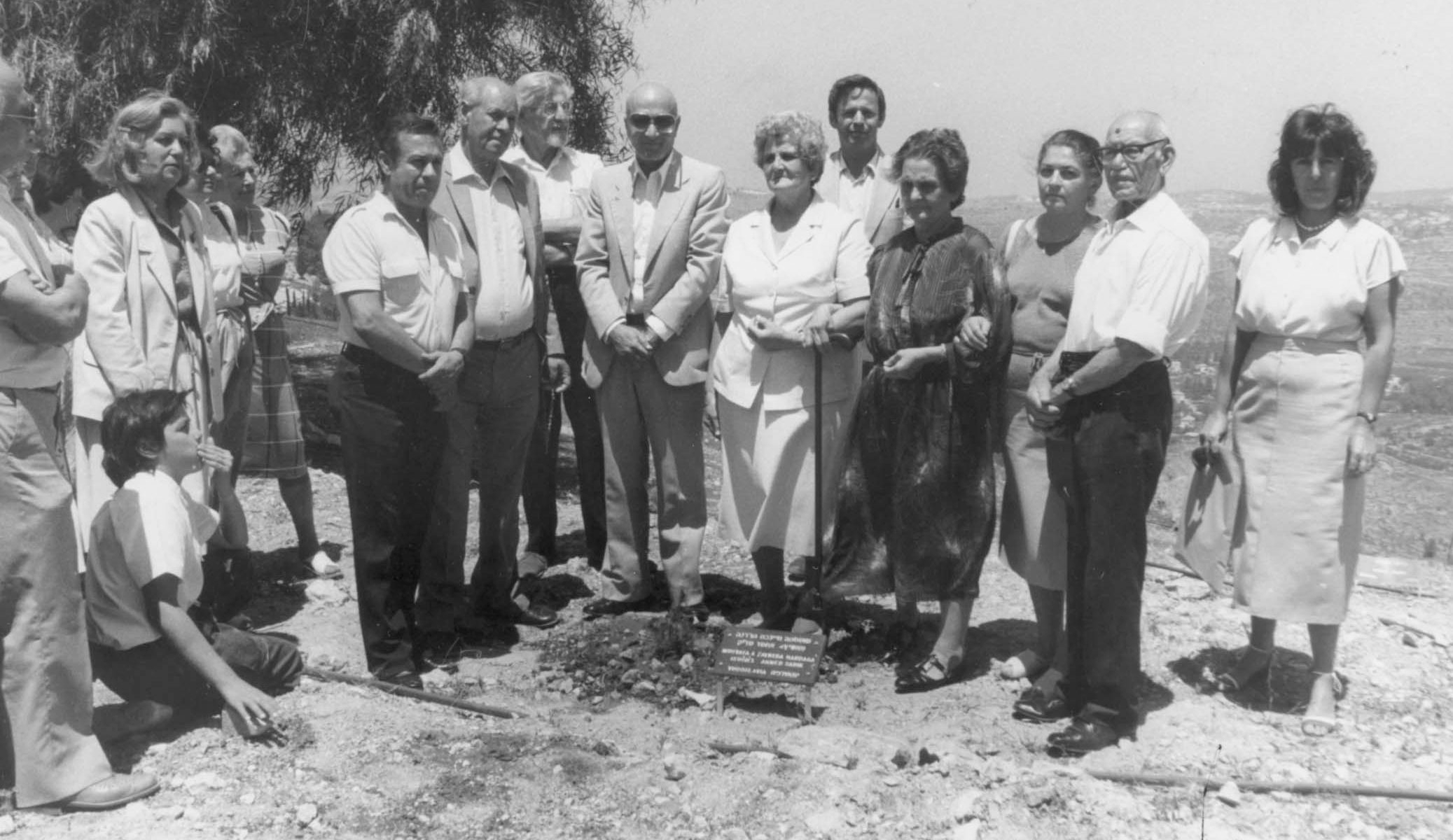 Zejneba Hardaga, in black, at a Yad Vashem tree-planting ceremony in honor of her family, 1985. (Courtesy of the Yad Vashem Holocaust Memorial)
Advertisement

NEW YORK (JTA) — In April 1941, members of the Kavilio family of Sarajevo fled their house as Nazis rampaged through the city destroying Jewish homes. As they ran toward the mountainside, a Muslim friend of the family, Mustafa Hardaga, spotted them and offered shelter.

Shortly after, when Josef Kavilio thought the family could be moved to safety, the Kavilios relocated to Mostar, an area under Italian control, but Josef stayed behind. He was arrested by the Nazis and held captive in chains in the freezing snow.

Hardaga’s wife, Zejneba, found Kavilio and smuggled him food until she could help him escape to safety, where he stayed with the Hardaga family again. Kavilio later rejoined his family, but their relative security did not last. When the area fell under German control, the Kavilios again sought refuge with the Hardagas.

Decades later the Kavilios, by now living in Israel, petitioned the Yad Vashem Holocaust Memorial in Jerusalem to recognize the Hardagas’ bravery and name them Righteous Gentiles.

Later, when Yugoslavia broke up and the region descended into war in the 1990s, the Hardaga family was rescued from Sarajevo and brought to Israel in 1994.

The story of the two families is among eight told in a new booklet produced by a British interfaith dialogue group and called “The Role of Righteous Muslims.” The 30-page booklet, produced by Faith Matters, focuses on stories of Muslims helping Jews during the Holocaust and is being distributed to educators, synagogues and mosques as a model for positive Muslim-Jewish interaction.

“We wanted to try to look at something that could bring greater understanding in both communities in the UK,” the director of Faith Matters, Fiyaz Mughal, told JTA. “We’re looking for bridging points, and we thought this fits the perspective of mutual understanding and shared history.”

Mughal said his organization detected a rift between the Jewish and Muslim communities in Europe and saw this booklet, which took the better part of a year to produce, as an opportunity to address it.

Jews see Muslims as inclined toward violence and uninterested in engagement, discussion of the Holocaust or mutual understanding, Mughal said. And, according to Mughal, Muslims believe that Jews don’t want Muslims to be heard. Muslims, he said, “feel that there is an overwhelming desire to protect the Middle East, and that the Jews don’t want to discuss anything else.”

By chronicling World War II stories in which Muslims went out of their way to help Jews — 70 Muslims are named by Yad Vashem as “Righteous Among the Nations” for aiding Jews in North Africa, Turkey and Albania during the Nazi era — the booklet aims to change those perceptions.

Aside from physically saving people, the Muslims whose stories are retold in the booklet helped preserve Jewish life and culture, helping Jews obtain kosher meat before the Saabbath or saving the famed Sarajevo Haggadah.

Mughal said he hopes the booklet will demonstrate to Muslims and Jews that “life is not black and white, straight and narrow.”

“The histories are different but are intertwined,” he said. “Our shared histories can overcome feelings of helplessness and hopelessness.”

Faith Matters, which has posted the booklet on its website, is working with partner organizations in both communities to distribute the booklet and have it used in community settings by educators and by individual readers.

“It is short and was written in an easygoing style, so that it can be read in 20 minutes,” Mughal said. “We want people to absorb it without having to revisit it.”