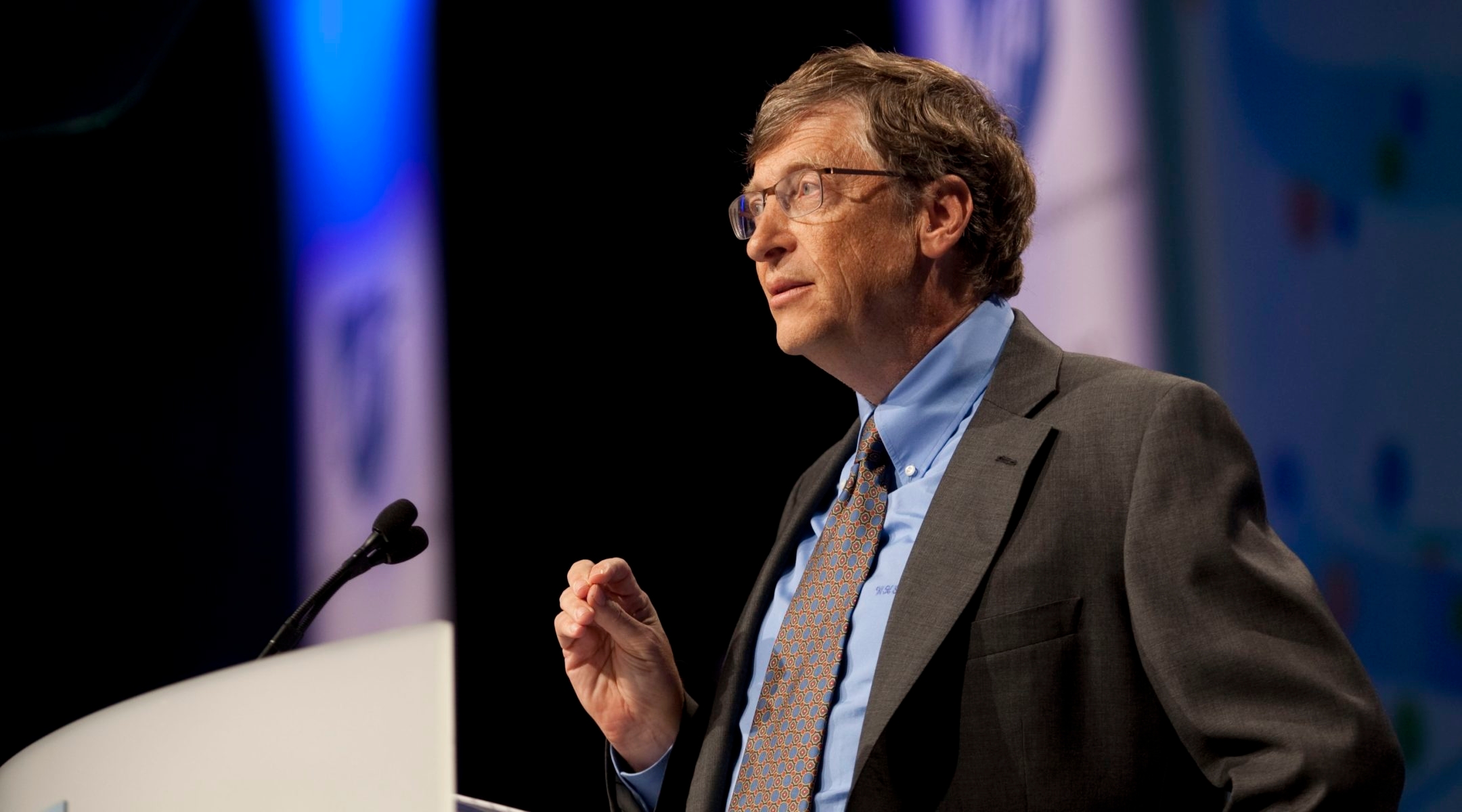 Thirteen Jews were among the first to take the Giving Pledge challenge issued by Bill Gates, above, and Warren Buffett. (Photo courtesy of the Bill & Melinda Gates Foundation)
Advertisement 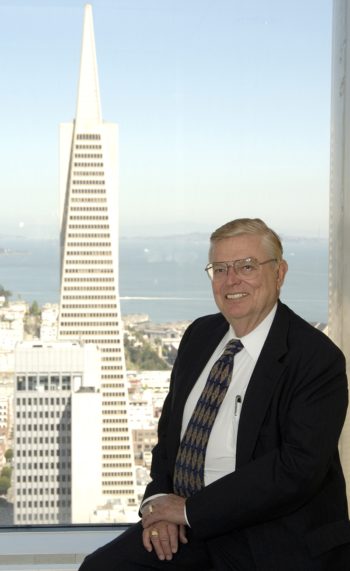 Lorry Lokey has pledged to give away all of his $700 million, with the next $60 million going to Israel.

(Photo courtesy of The Giving Pledge)

Warren Buffett, left, and Bill and Melinda Gates have challenged the world’s billionaires to give away half their wealth before they die. (Photo courtesy of The Giving Pledge)

NEW YORK (JTA) — The philanthropic world got a happy jolt when 40 members of the world’s wealthy elite — including 13 Jews — announced that they would give away more than half their money before they died.

The participating philanthropists were responding last week to a challenge issued earlier this year by Warren Buffett and Bill Gates to their billionaire peers to donate more than half of their wealth in their lifetimes. Buffett and Gates called it the Giving Pledge.

But without any obvious signs of where their money will go, it’s unclear what impact this will have on Jewish nonprofits.

“This pledge is a very good thing — I want to be very clear about that — but I remain unsure if it is a game changer for the Jewish community in particular,” said Mark Charendoff, the president of the Jewish Funders Network, an organization for givers of at least $25,000 annually to Jewish causes.

Charendoff said the average Jewish billionaire gives pretty much the way Americans give.

“If that is the case, then we will see money go to higher education, to health care and possibly to the arts,” he said, noting a phenomenon that long has vexed the Jewish philanthropic world.

Wealthy Jews are among the most charitable mega-donors per capita. More than one-third of living donors who have given away more than $1 billion, according to Forbes, are Jewish.

But the overtly Jewish charities among their portfolios pale in comparison to the general causes to which they give. Mega-philanthropists who have made Jewish causes a centerpiece of their giving are the exception.

The Jews who have taken the Giving Pledge fit the standard profile: All give to Jewish causes, according to a reading of the 990 tax forms of their foundations and published reports on their giving, but those gifts constitute only a fraction of the tens or hundreds of millions each gives away per year.

Lokey is an exception to the rule on Jewish giving. While most of his largesse has been for educational causes, a large chunk also has gone to Israeli recipients. Lokey gave $33 million to the Technion-the Israel Institute of Technology in Haifa and has donated substantial sums to the Leo Baeck High School in Haifa, Ben-Gurion University of the Negev, the Weizmann Institute and Hadassah. He also has given $80 million to Catholic schools, by his own estimate.

A journalist by training who moved to public relations and then started his own business, Lokey, 83, says that he wants to make another $300 million or so from his investments before he dies. He already has pledged everything he has — somewhere in the range of $700 million — to a handful of charitable causes, and he told JTA the next big gifts will be to Israeli education.

“I hope to make it a billion before I kick the bucket,” Lokey said. “The next $60 million or so will go to Israel.”

Aside from Bernie Marcus, who has an arm of his foundation to deal with Jewish causes, and Bernard Osher, who gives away most of his money through the San Francisco Jewish Community Endowment Fund, the Jews on the Giving Pledge list have directed the vast majority of their philanthropic dollars to general causes that are not explicitly Jewish.

That would suggest that the Giving Pledge may not have a significant impact on Jewish causes.

Stacy Palmer, the editor of The Chronicle of Philanthropy, suggested the pledge might not have such a great impact on other causes, either, since the first 40 to sign on are the “usual suspects” who already have pledged away more than half their money.

Lokey fits that profile. He had sold his company, Businesswire, to Buffett in 2008, so the two already were quite familiar with each other when Buffet called him.

“A few weeks ago, Warren called to ask if I would be interested in making this pledge,” Lokey said. “I told him that I had already pledged and given away everything. He said, ‘Yes, that is why I want you on board.'”

Other Jews on the list were in a similar position.

“I know of a number of Jewish philanthropists who have already made those provisions long before Gates’ plan,” said Phyllis Cook, a philanthropic adviser to several of the Jews who have signed on to the Giving Pledge.

The foundations of several of those on the list contacted by JTA confirmed that the pledge is not expected to change much about how the foundations will operate.
The question for the Jewish community is how to increase the share of money Jewish givers donate to Jewish causes.

Charendoff estimates that Jews gave between $4 billion and $5 billion to Jewish-centric causes last year. If the pledge were to inspire everyone on the Forbes list of 400 top givers to give away half their wealth, he estimates that some $600 billion would go into the philanthropic world. That compares to the $300 billion or so that was given out by all Americans last year, according to GivingUSA. More than 130 of those on the Forbes 400 are Jewish.

“I don’t believe that we have begun to tap the Jewish community in terms of the potential wealth that is out there,” Charendoff said.

The problem is that the Jewish community still behaves as if it has a monopoly on philanthropic dollars from Jewish givers, he said.

“Thirty years ago, if you were Jewish and a philanthropist and you wanted to be on a board, your realm of activity was probably going to be in the Jewish world,” Charendoff said. “Now we are competing with Carnegie Hall and the Met and Sloan Kettering. This is the big leagues, and we can’t play as if we are competing between the American Jewish Committee and the Anti-Defamation League.”