Will talks be about appearance or substance? 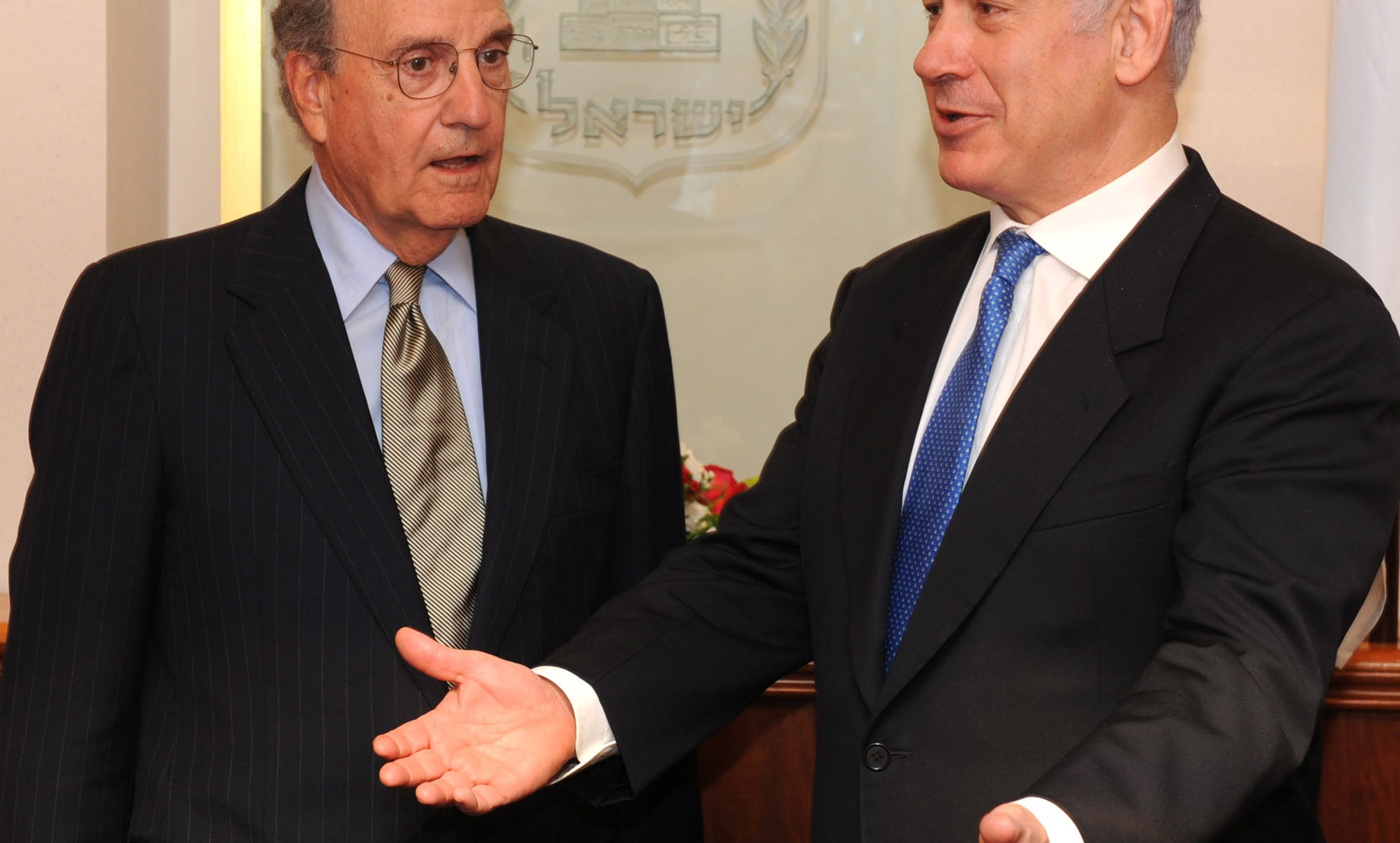 WASHINGTON (JTA) — It’s a peace conference where nothing is off the table. — or on it, for that matter.

The Obama administration’s invitation to Palestinian and Israeli leaders to launch direct talks on Sept. 2 attempts to reconcile Israeli demands for no preconditions with Palestinian demands that the talks address all the core issues: final borders, the fate of Jerusalem and the fate of Palestinian refugees.

The administration does this by calling on the sides to “resolve final-status issues” without saying when and how these issues should come up, if at all.

The vagueness of the invitation issued last Friday underscored the distance between the two sides, as well as the immediate political and regional pressures that have lit a fire under U.S. efforts to restart the peace process. Whether or not the peace talks will be able to move from vague outlines to concrete resolutions remains to be seen. For now, merely having direct talks is an achievement, particularly for the United States and Israel.

For the United States, having the talks gives Israeli Prime Minister Benjamin Netanyahu a reason to continue a partial settlement moratorium, thereby sustaining Arab support for U.S. policies. This support is seen as important as Washington attempts to juggle emerging crises in the region, including Iraq’s vexed attempts to set up a government and Iran’s accelerating nuclear ambitions. President Obama also wants a process under way before November, when his Democratic Party is likely to face a tough battle at the ballot boxes during midterm congressional elections.

For Netanyahu, the talks are a way to demonstrate that his government is interested in pursuing peace with the Palestinians.

Among the Palestinian leadership, however, there are deep concerns that Washington and Jerusalem are more interested in the appearance of talks than in getting down to the nitty-gritty of the final-status issues. Israel has resisted Palestinian demands to discuss final-status issues and opposes any deadline for a resolution.

The discrepancies between the two sides were evident in the delicate way U.S. officials tried to treat the issue of preconditions to the talks.

“Only the parties can determine terms of reference and basis for negotiations, and they will do so when they meet and discuss these matters,” George Mitchell, the top U.S. envoy to the region, said in the news conference announcing the invitations. “As you know, both we and the Quartet have previously said that the negotiations should be without preconditions.” The Quartet is the grouping that guides the Middle East peace process: the United States, Russia, the European Union and the United Nations.

Yet in launching the news conference, Secretary of State Hillary Clinton seemed to say that both of the elements Israel is resisting indeed would be on the table: Final-status issues and a deadline.

“On behalf of the United States government, I’ve invited Israeli Prime Minister Netanyahu and Palestinian Authority President Abbas to meet on Sept. 2 in Washington, D.C. to re-launch direct negotiations to resolve all final-status issues, which we believe can be completed within one year,” Clinton said.

Was that a deadline, a reporter asked Mitchell? Not quite, he said, adding. “We believe it can be done within a year and that is our objective.”

Then there is the matter of U.S. involvement. Mitchell insisted that the talks would be bilateral, ostensibly diminishing the U.S. role. He said the United States was ready to offer “bridging proposals” — the formulations that negotiating sides request from a moderator when talks hit a snag. But the way he put it suggested that the United States might offer such proposals even if the sides do not request them.

“This is a direct bilateral negotiation with the active and sustained support of the United States,” he said. “And we will make bridging proposals at such time as we deem necessary and appropriate.” The determined, active voice he used was not unintentional: Mitchell later repeated the phrase.

The Palestinians have been pressing for a more active U.S. role, saying that it would help balance Israel’s stronger hand as an established state with a powerful military. Israel would rather deal directly with the Palestinians, preferring not to countenance an active U.S. role that conceivably could exacerbate already delicate Israeli relations with the United States.

Not surprisingly, then, the statement from Netanyahu’s office welcoming the renewed talks – which came immediately after the announcement — did not mention final-status issues, deadlines or U.S. intervention.

“The prime minister has been calling for direct negotiations for the past year and a half,” the statement said. “He was pleased with the American clarification that the talks would be without preconditions.”

The Palestinian Authority’s response to the announcement of the talks was less than enthusiastic. It took till the end of last Friday for them to welcome the invitation to talks, and Palestinian leaders later warned that if Israel’s 10-month settlement freeze is allowed to expire in late September, the talks are off.

Netanyahu’s statement did not say what he intends to do about the freeze. Israeli officials reportedly have told their U.S. counterparts that Netanyahu would not be able to sustain the moratorium on settlement building without the cover of peace talks. Similarly, the Arab League, which this summer provided much needed cover to Mahmoud Abbas in approving the peace talks, needs the negotiations as cover to maintain its support of the United States.

Both Mitchell and the Quartet made it clear that they expected the settlement moratorium to be extended.

“Our position on settlements is well-known and remains unchanged,” Mitchell said. “We’ve always made clear that the parties should promote an environment that is conducive to negotiations.”