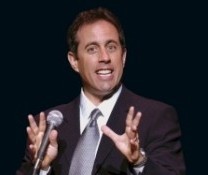 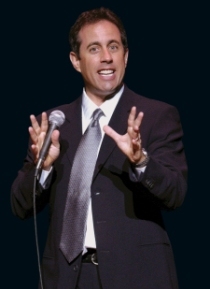 Jerry Seinfeld will emcee the Nov. 13, 2010 gala to celebrate the official unveiling of the renovated National Museum of American Jewish History in Philadelphia. (Courtesy of NMAJH)

A rendering of the renovated National Museum of American Jewish History in Philadelphia. (Courtesy of NMAJH)

NEW YORK (JTA) — Two of the country’s most famous Jewish performers will highlight the opening of one of the most ambitious Jewish museum projects in years.

Jerry Seinfeld will emcee and Bette Midler will headline a Nov. 13 gala to celebrate the official unveiling of the renovated National Museum of American Jewish History in Philadelphia, a $150 million project to place the museum on the city’s Independence Mall and expand it from about 10,000 square feet to more than 100,000.

The museum, which will trace the history of American Jews from the 1654 arrival in New Amsterdam of 20 Jews from Brazil until today, will aim to attract some 250,000 visitors per year — 10 times what it has traditionally attracted since it opened in the mid-1970s.

“The opening is a celebration of an institution that is focused most of all on connecting American Jews more closely with their heritage and inspiring in all Americans a greater diversity of the American experience and the contribution they have made to this country,” the museum’s president and CEO, Michael Rosenzweig, told JTA. “It was important for us to keep these purposes front of mind. And these two individuals" — Seinfeld and Midler — "are highly successful and both very proud of their Jewish heritage."’

The museum, which received a lead $25 million gift from Jones Apparel owner Sidney Kimmel, has attracted some big names in Jewish philanthropy, including Steven Spielberg, the Tisch and Milstein families, as well as Raymond and Ruth Perelman (parents of Ronald).

It also has attracted billionaires Eli and Edythe Broad and Michael and Susan Dell, two of the country’s most generous families who are not known for giving prodigiously to explicitly Jewish causes.

“We like to say that the story we tell is their story,” Rosenzweig said.

Quite literally, the museum will tell the story of its visitors — one feature in its main exhibit will allow visitors to videotape an interview about their own Jewish history. The video will be e-mailed to the participants and become a part of the museum’s archives.

The 25,000-square-foot main exhibit is entirely new and includes 30 films, all of which were created especially for the museum and a number of never exhibited artifacts.

The museum has been given a boost by the fact that it has become a Smithsonian Institute affiliate museum. Still, Rosenzweig feels that many of his donors became involved because the museum is the story of their own successes.

“For certain donors, what was very attractive was the story we tell. At its core it is a story of freedom, and of what one ethnic group — the Jews — can achieve when they are given the freedoms we enjoy under the Constitution of this country,” he said.

“Many took to heart that this was their story about what they have achieved by virtue of those freedoms. There are certain donors for whom philanthropy in the organized Jewish community has not been a priority, but they have found this a compelling project.”

The museum has raised about $141 million, which covers the $137 million cost of construction. By the opening Rosenzweig hopes to have pledges in hand covering another $9 million for the start of a $13 million endowment. That will have to grow to cover the museum’s $9 million annual operating budget.

Ticket prices for the gala have not yet been announced, but proceeds will go toward the museum’s operating budget. Having Midler and Seinfeld, who are being paid to perform, will likely give the event a boost, Rosenzweig said.

“They were at the very top of our list," he said. "There were other individuals we were interested in, but they were both our first choices. We hit a home run in all respects.”