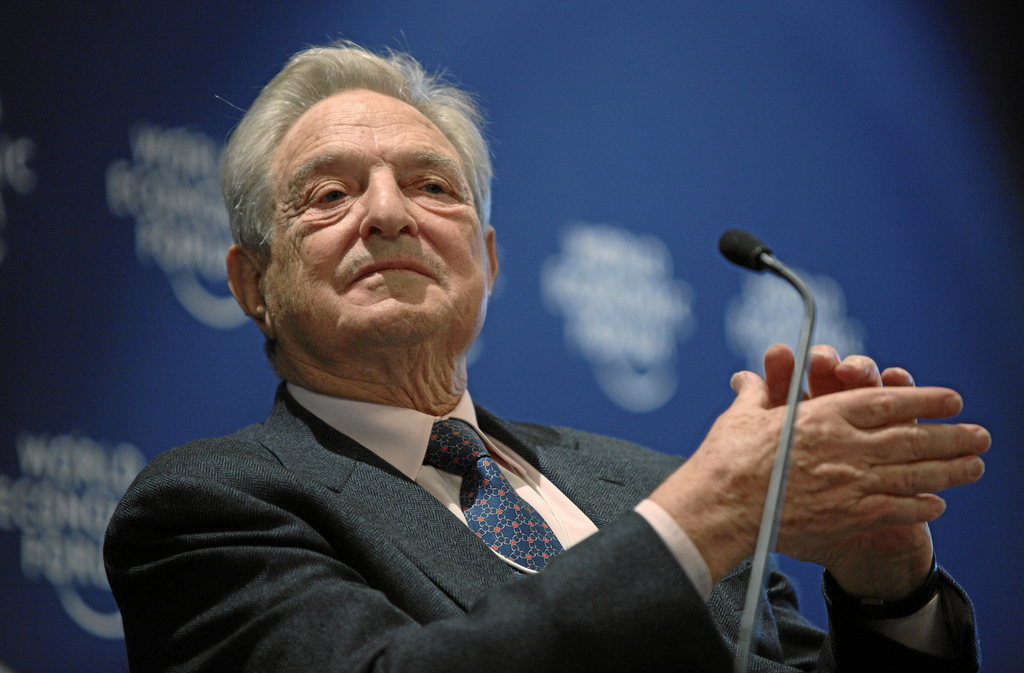 WASHINGTON (JTA) — J Street has acknowledged substantial donations from billionaire George Soros, reversing years of claims by the group that it had nothing to do with the liberal financier, and apologized for making misleading statements about his role.

Jeremy Ben-Ami, the director of the dovish pro-Israel lobby, confirmed to JTA a report that first appeared in The Washington Times that it had received $245,000 from Soros and his children in 2008, and added that it had received another $500,000 in subsequent years — altogether, about 7 percent of the $11 million that J Street says it has taken in since its 2008 founding.

Ben-Ami for years has given statements denying Soros had a role in founding the group and strongly implying that he continued to have no role.

In the “Myths and Facts” section of its website, J Street denied the “myth” that Soros “founded and is the primary funder of J Street” as follows: “George Soros did not found J Street. In fact, George Soros very publicly stated his decision not to be engaged in J Street when it was launched — precisely out of fear that his involvement would be used against the organization. J Street’s Executive Director has stated many times that he would in fact be very pleased to have funding from Mr. Soros and the offer remains open to him to be a funder should he wish to support the effort.”

In an interview, Ben-Ami denied that the conditional tense of the last sentence, and saying that an offer “remains open,” leaves little room to infer Soros had given the group any money. He insisted that the characterization was truthful.

“This was not founded by him, he didn’t provide initial funding,” Ben-Ami said. “I stand by the way that is phrased — I still want him to support us more.”

In an interview with Moment magazine last March, Ben-Ami was even more direct in his denial: “We got tagged as having his support without the benefit of actually getting funded!”

But on Sunday, two days after The Washington Times story appeared, Ben-Ami on the J Street blog released a statement to followers regretting the misleading statements about Soros’ role.

“I accept responsibility personally for being less than clear about Mr. Soros’ support once he did become a donor,” Ben-Ami said in the statement. “I said Mr. Soros did not help launch J Street or provide its initial funding, and that is true. I also said we would be happy to take his support. But I did not go the extra step to add that he did in fact start providing support in the fall of 2008, six months after our launch.”

As a corporation that does not have tax-exempt status, Ben-Ami noted, J Street was under no obligation to reveal its donors.

“Nevertheless, my answers regarding Mr. Soros were misleading,” he said. “I deeply and genuinely apologize for that and for any distraction from J Street’s important work created by my actions and decisions.”

Ben-Ami said J Street’s board kept contributions secret as a matter of policy, but that it was also his understanding that Soros continued to prefer to keep his funding off the record.

Michael Vachon, a Soros spokesman, said that Soros had no problem with his role being made public because by the time he contributed money, J Street was up and running.

“Mr. Soros never made any secret about his contributions to J Street,” he told JTA. “Mr. Soros believes that J Street makes an important contribution to the policy debate in the United States regarding the Middle East. He is a financial supporter of the organization but he doesn’t control the day-to-day operations, nor does he have a role in setting the organization’s policy. He has no problem telling people what he funds.”

Soros would not give J Street seed money, Vachon said, because Soros “knew that had he given the money at the beginning, media outlets would have tried to claim that the organization is a Soros-funded organization.”

Soros, a Hungarian-born Holocaust survivor and hedge fund billionaire, has funded a broad range of liberal groups in the United States and pro-democracy groups overseas, including in countries that were shucking off communism.

He sparked controversy in Jewish circles for saying in a 1995 New Yorker profile that he doesn’t “want to be part of” pro-Israel activity, although he did not deny “the Jews their right to a national existence.”

In 2003, an apparent attempt by Soros to gingerly enter the world of Jewish funding went awry when he attended a meeting of the Jewish Funders Network and said that U.S., Israeli and Jewish policies “contribute” to manifestations of anti-Semitism.

His thesis appeared to be that Israeli and American officials should be aware that anti-Semites use their policies as a pretext for attack, and not that these policies justify anti-Semitism.

“I’m also very concerned about my own role because the new anti-Semitism holds that the Jews rule the world,” he said at the meeting. “As an unintended consequence of my actions, I also contribute to that image.”

The nuances were lost on Jewish organizational leaders, however, who accused him of “blaming the victim.”

The fallout stung: In an article in 2007 for the New York Review of Books, Soros scored what he said was the organized Jewish community’s tendency to lump critics of Israel with anti-Semites.

“Anybody who dares to dissent may be subjected to a campaign of personal vilification,” he wrote. “I speak from personal experience. Ever since I participated in a meeting discussing the need for voicing alternative views, a torrent of slanders has been released.”

In the same article, which argued for mitigating the influence of the American Israel Public Affairs Committee — a key rationale for J Street’s establishment — he wrote that “I am not a Zionist, nor am I am a practicing Jew, but I have a great deal of sympathy for my fellow Jews and a deep concern for the survival of Israel.”

He concluded: “I should like to emphasize that I do not subscribe to the myths propagated by enemies of Israel and I am not blaming Jews for anti-Semitism. Anti-Semitism predates the birth of Israel. Neither Israel’s policies nor the critics of those policies should be held responsible for anti-Semitism. At the same time, I do believe that attitudes toward Israel are influenced by Israel’s policies, and attitudes toward the Jewish community are influenced by the pro-Israel lobby’s success in suppressing divergent views.”

Ben-Ami’s initial attempts in 2006 to establish a dovish coalition of pro-Israel groups fell apart when Soros’ potential involvement was revealed.

Soros has shown a willingness recently to contribute to Jewish causes.

This month, he said he would give $1 million to World ORT, the international network of Jewish vocational schools, toward its program to help Liberia’s ex-child soldiers.