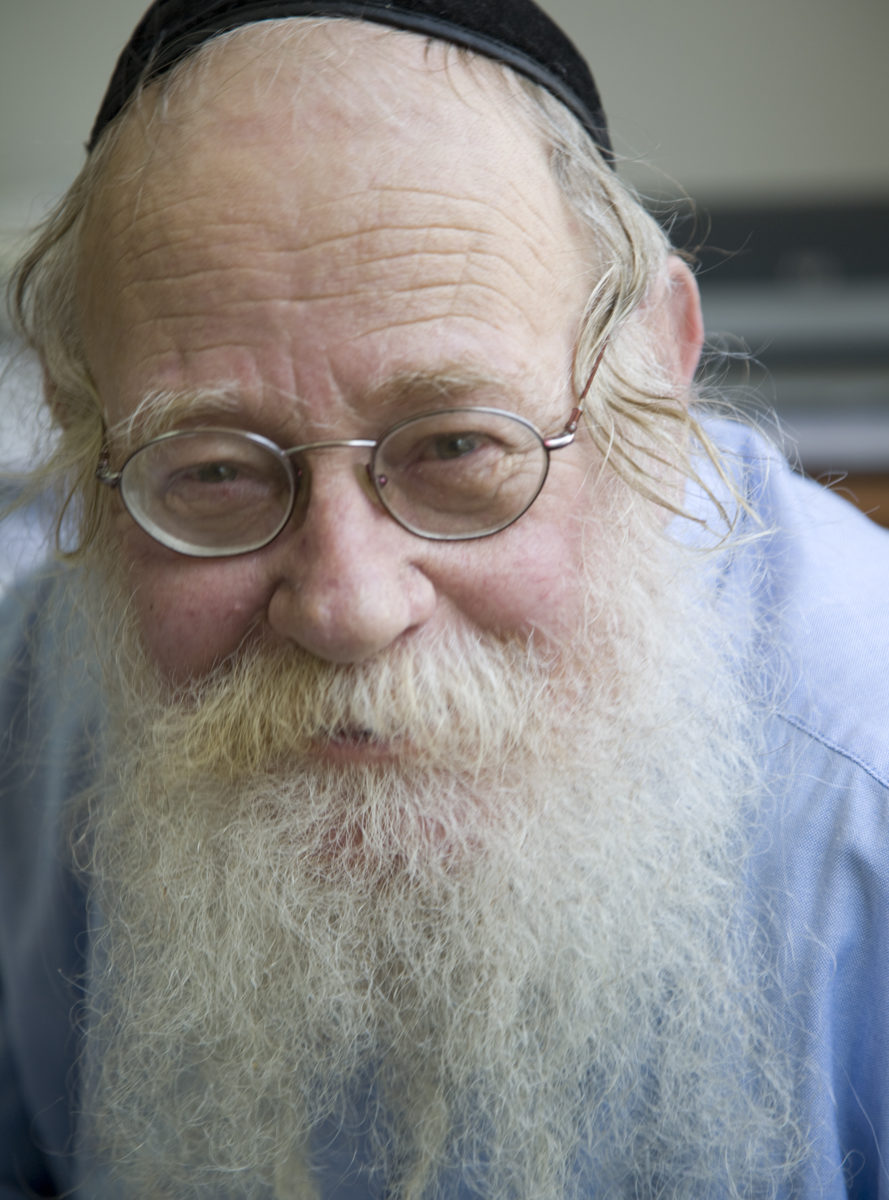 Rabbi Adin Steinsaltz: "I tried to make pathways through which people will be able to enter the Talmud without encountering impassable barriers." (Courtesy of Aleph Society)
Advertisement

SAN FRANCISCO (JTA) — On Nov. 7, noted Talmud scholar and teacher Rabbi Adin Steinsaltz will formally conclude his Hebrew translation of the Babylonian Talmud, a monumental task that has occupied him for the past 45 years.

While he marks the day in a hadran, or completion ritual, in Jerusalem, hundreds of Jewish communities around the world will celebrate a Global Day of Jewish Learning, coming together in synagogues, Jewish community centers, and schools to study Jewish text and build community.

But as scholars and Jewish leaders herald his remarkable accomplishment, Steinsaltz himself has become a figure of controversy, criticized in some Orthodox circles for, among other things, accepting the post of nasi, or president, of a modern-day Sanhedrin, a re-creation of the ancient Jewish legal body that set ritual observance for the Jewish people. Steinsaltz resigned the post in 2008 out of concern for the direction the organization was taking and potential breaches of halachah, or Jewish law.

Rabbi Yosef Blau, spiritual adviser to students at Yeshiva University, said there was no way Steinsaltz could complete a task as overwhelming as translating the Talmud on his own without some controversy.

“We’re talking about a complex legal work put together over hundreds of years by generations of scholars, and one person wants to translate it? It’s not surprising that people will question,” Blau said.

The author of nearly 60 books, Steinsaltz, 73, also has established a network of schools in Israel and the former Soviet Union, and has taught widely around the world. In 1988, Steinsaltz won the Israel Prize, the country’s highest honor, for his work in Jewish education.

Steinsaltz began his translation project in 1965, motivated by the desire to make the Talmud more accessible to Hebrew speakers, primarily the secular Israeli public. Whereas reading the Torah is not difficult for a native speaker of modern Hebrew, the Talmud is written in an arcane Aramaic-Hebrew jargon and is notoriously difficult to navigate, daunting for those not trained in its way of dialectical argument.

“The language is a barrier for people looking to master the Talmud,” Blau said. “By translating it into Hebrew, Rabbi Steinsaltz made the Talmud available to be studied by people stymied by that language barrier. That is a massive accomplishment.”

For Steinsaltz, the Talmud is not a rarefied tome that should remain in the hands of experts, but the foundational text of Judaism itself. As a teacher who has spent his life bringing Jewish knowledge to students around the world, most notably through the Aleph Society he founded, Steinsaltz says he could not ignore the challenge of opening the Talmud for as many Jews as he could.

“The Talmud is the central pillar of Jewish knowledge, important for the overall understanding of what is Jewish,” he told JTA. “But it is a book that Jews cannot understand. This is a dangerous situation, like a collective amnesia. I tried to make pathways through which people will be able to enter the Talmud without encountering impassable barriers. It’s something that will always be a challenge, but I tried to make it at least possible.”

A major part of studying Talmud is working through the accompanying rabbinic commentaries, which guide as well as confound those who tackle the books. In addition to his straight translation of the original Talmud text, Steinsaltz added his own commentary, in Hebrew, alongside the text, as his contemporary take on the ancient debates.

Steinsaltz spurred criticism in some Orthodox circles for altering conventions because he placed his commentary in the space traditionally reserved for Rashi, the pre-eminent Talmud commentator; added new notes in place of certain Tosafot, or additional commentaries; and changed the traditional layout and pagination in his translation.

“That may seem a mere format quibble, but it may have struck some as misguided,” said Rabbi Avi Shafran, spokesman for the haredi Orthodox Agudath Israel of America.

David Kraemer, a professor of Talmud at the Jewish Theological Seminary, doesn’t consider it a problem. He notes that the Talmud’s page format was set only when printing was invented and did not exist in earlier, handwritten manuscripts.

“Any translation is an interpretation,” Kraemer said. “To translate [Talmud] in both the literal and nonliteral sense, you have to add to it, which means making judgments. I don’t criticize that at all — that’s what all reading is, what all commentary is.”

Steinsaltz’s Hebrew Talmud is not the only modern translation.

Soon after he launched his project, a team of Orthodox scholars began work on their own English translation. Published by ArtScroll, the Schottenstein Babylonian English-language Talmud is used now by students around the world. The ArtScroll team has completed 63 of 73 volumes of its Hebrew translation and expects to finish in June 2012. Some tractates are also available in French.

“There is some indication that this was done in response” to Steinsaltz, Blau said of the ArtScroll translations.

In the late 1980s, Steinsaltz began publishing his own English editions of the Talmud, working from his Hebrew translation. He completed 22 volumes — about four or five tractates. The books are out of print, but he hopes to embark on a complete English translation of the Talmud that will be substantive and accurate, he says.

The Nov. 7 event, which is meant to celebrate Steinsaltz’s Hebrew edition, will focus on tractate Taanit of the Talmud, which explores the cycles of the Jewish calendar. The idea is to have local teachers lead their own discussions while the collective event will express a global sense of unity.

The major Jewish religious movements in the United States and key national Jewish agencies, including the Jewish Federations of North America, Hillel and the American Jewish Joint Distribution Committee, are co-sponsoring the day.

(JTA and Columbia University Hillel are co-hosting an event as part of the Nov. 7 celebrations at Columbia’s Kraft Center on the topic “Is Journalism Kosher?” The event, scheduled for 7 p.m., will feature JTA Managing Editor Uriel Heilman and Columbia journalism professor Ari Goldman in conversation.)

The day, however, is not what Steinsaltz wants to emphasize.

“One day, or one event, is not significant,” he told JTA. “I hope it will be like a day of birth, so that more people will become involved in Jewish learning. When you have hundreds of thousands, the earth will shake.”

The recent increased interest in Jewish learning along the denominational spectrum does not surprise him — it’s part of being Jewish, he says.

(To find a community participating in the Global Day of Jewish Learning, visit www.theglobalday.com/event-search.)