Hella Moritz leaves a lasting imprint on the Jewish community 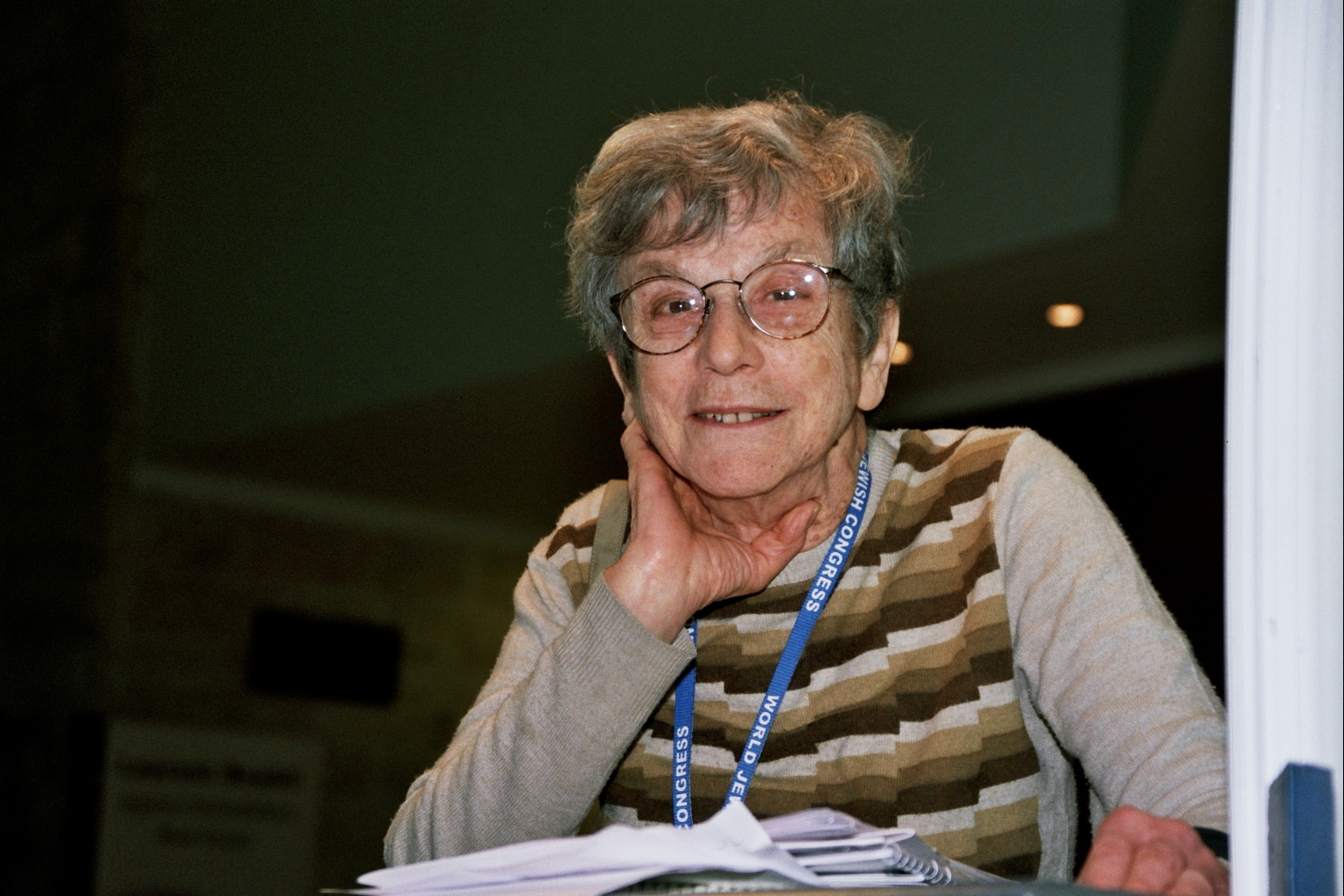 NEW YORK (JTA) — Hella Moritz died as she lived: quiet, unassuming and removed from the bustling, tumultuous world in which she served. But as her life left an indelible imprint on the Jewish community, her death last week leaves a great void.

Hella faithfully served the Jewish people for five decades. More than a profession, her commitment was a way of life and her legacy is one of charity, justice and irrepressible spirit.

Born in Saarbrucken in 1929, her birthplace is part of a world long forgotten — a mandate governed under the Treaty of Versailles and the League of Nations. Her family fled the Nazi inferno and arrived in Brazil where Hella grew, studied and made the choices that led her to a lifetime of service.

A witness to power, Hella was the secretary to the presidents of the World Jewish Congress. Promoted throughout the decades, Hella characteristically preferred to remain with the title “secretary,” for she found in it a truly noble profession, shunning all modern variations of the term. She was one of the few who met with every prime minister of Israel and who was able to speak at will with noble laureates, heads of state and leading religious officials.

With quiet humility, Hella played a critical role at countless junctures dotting the modern history of the Jewish people: from the release of Sharansky, Mendelovich and Edelstein, to struggles for Holocaust restitution; from peace agreements between Israel and its neighbors, to the exposure of Kurt Waldheim’s Nazi past.

Being close to power, Hella also bore witness to the darker sides of men. Never wavering in her loyalty, Hella stayed true to her principles and stood firmly as a moral compass and maternal guide to decades of leaders who sought her counsel and advice, or happened to find themselves in her orbit.

Acting with defiant purpose, Hella was a committed professional. She was always in the World Jewish Congress office before it opened; no hurricane, blizzard, blackout or terrorist attack ever kept her away. In a world of town cars, private transports and personal drivers, Hella’s prudence committed her to public transportation.

On days of poor weather, she would quip, “When it rains in New York, the only thing harder to find than the sun is a taxi. I am quite happy with the bus.”

A remarkable polyglot, Hella mastered eight languages, besting most linguists by not only speaking those languages, but by professionally writing and editing in each. Hella employed these gifts to enrich the lives of others. If you were lucky to catch Hella in a quiet moment, you were likely treated to a thought of biblical exegesis with a corollary to Greek mythology explained by a reference to Renaissance art supported by geographical or biographic fact reserved for the dusty tomes of distant libraries.

Her quick wit was evident in a treasure trove of Jewish sayings, folk stories and humor. When speaking of fundraising, Hella often repeated an axiom we believe she created, reminding us, “My young friends, the rich did not get rich by giving away their money.”

Hella moved effortlessly among the tables of kings and presidents to the breadlines where she worked after hours. From presidential palaces to the pews of B’nai Jeshurun, to the cots of the shelter in which she slept as a volunteer several nights a week, Hella served others from morning until night with her dedicated spirit. Few were able to find fault, while many benefited from this extraordinary woman whose life was devoid of drama and spectacle, and filled purpose.

Though our eyes well with tears from the loss, we cannot help but smile knowing that the streets of heaven are filled with angels — the purest of God’s servants — rejoicing in the return of one of their own. Hella Moritz died last week as she lived, an unassuming servant of the Jewish people.