For non-Jewish mothers raising Jewish children, things can get complicated 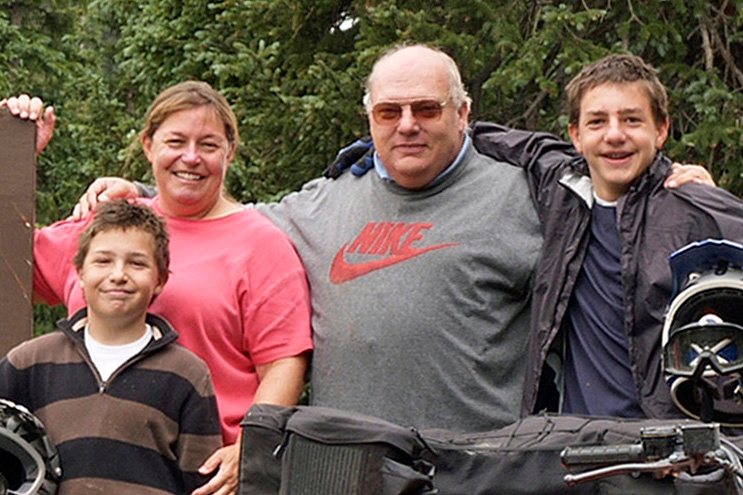 SAN FRANCISCO (JTA) — Lisa Shimel, who is not Jewish, celebrated Christmas with her Jewish husband until their first child was born; now they’ve added Chanukah. Deb Morandi works at Jewish Family Services, where she introduces intermarried families to Judaism, though she is not Jewish.

Pat Luftman was a committee co-chair in her son’s Jewish preschool, but her Jewish husband was denied a board position because the couple was intermarried. The Rev. Eleanor Harrison Bregman accompanies her children and Jewish husband to synagogue on Saturday, then goes to church the next day on her own.

“My husband has never asked me to convert, and I feel strongly that I won’t, so this is as far as it will go,” Morandi, an active member of her Reform congregation, Temple Etz Chaim in Franklin, Mass., said of her synagogue work.

A decade ago, 31 percent of married American Jews had non-Jewish spouses, the 2000-01 National Jewish Population Survey reported. The study, to which there has been no national follow-up, also showed that one-third of the children born to intermarried couples are raised Jewish.

To be sure, there are many resources to help them, from national groups to synagogue outreach committees. But each woman’s experience is still a unique path she must blaze on her own.

Morandi, who grew up Southern Baptist, says her husband was the first Jewish person she really knew. They didn’t think about religion until their twins were born.

The family’s decision to create a Jewish home “just sort of evolved,” Morandi told JTA, because she and her husband wanted a sense of community and his parents lived nearby while hers did not. They joined the temple where their friends belonged and sent the boys to Tot Shabbat, a preschool program.

“If they choose another path when they grow up, that’s fine with us,” she said. “We just wanted to give them something.”

Morandi says she feels no pressure to convert. Not only are most of their friends intermarried, so are many of the young families she works with at Jewish Family Services in Boston.

She grew up Episcopalian in Savannah, Ga., and says she had “a pretty literalist view of the Bible” when she hit Princeton University. Bregman and her future husband, Peter, struggled with the faith issue. He wanted her to convert, so they took introductory Judaism classes and joined a Jewish text study group.

They married in 1999, and their three children received Orthodox conversions. All are now studying in Jewish schools. Meanwhile, Bregman delved further into her own faith and was ordained as a United Church of Christ minister in 2009.

“There’s not been much theological dissonance,” she told JTA. “I worked it out in seminary that we each have our own covenants.”

Bregman says she doesn’t feel out of place at Congregation B’nai Jeshurun, a popular nondenominational synagogue they attend as a family in Manhattan. But when she attend church alone on Sundays, her oldest asks why.

For Shimel, when her children reached school age, she wanted to take them to church, but her Jewish husband wasn’t comfortable with it. The couple enrolled in Stepping Stones, a two-year program for interfaith couples in Denver, and by the end of the course Shimel thought she could be comfortable raising the children Jewish. Shimel later become chairwoman of Stepping Stones; she says she’s the first Christian to head up a Jewish outreach organization.

Like Morandi, Shimel says she feels no pressure to convert, although some people have suggested it.

“I never felt it was a requirement for our family to participate as fully as we like in Jewish life,” she said of conversion. “There are some things I can’t do, but it’s a reasonable compromise.”

Morandi and Shimel belong to Reform congregations, the most liberal of the three major Jewish religious denominations when it comes to ritual roles for non-Jews.

In both the Reform and Conservative movements, individual congregations set their own policies governing which rituals are open to non-Jews, though Reform synagogues tend to be more inclusive.

Typically, non-Jews are permitted to do anything that is not a commandment — non-Jewish parents may stand on the pulpit during a child’s bar or bat mitzvah, for example, but do not say the prayer over the Torah. But some Reform congregations permit non-Jews to take part in every ritual, according to Vicky Farhi, lead outreach specialist for the Union for Reform Judaism.

In Conservative congregations, non-Jews technically may not be members, and one must be a member to hold synagogue office. But beyond that, there are very few “red lines” dictated by the movement hierarchy, said Rabbi Paul Drazen, special assistant to the CEO of the United Synagogue of Conservative Judaism.

“Each congregation reflects the community within which it is found,” he said. “At the same time, it’s inconvenient and confusing.”

It’s also confusing when synagogues don’t set policies, or have one and don’t publicize it. That’s what happened to Luftman and her husband, Henry, an intermarried couple who joined their Conservative synagogue in Allentown, Pa., 17 years ago.

Pat, the non-Jewish spouse, took a very active role in their children’s Jewish education, even teaching in the school. Henry, who served on the school board and chaired several subcommittees, wondered why he was never nominated to chair the school board or asked to serve on the synagogue’s board of trustees. Four years ago, the cantorial director explained why: His wife wasn’t Jewish.

“It hurt us so badly and was insulting on so many levels,” Pat told JTA. “And those rules were never written down. It was just ‘tradition.’ “

Half her community secretly wondered why she didn’t convert if she was so eager to be part of the community, Pat said, while the other half thought how wonderful it was that she was raising Jewish children.

The couple thought about leaving the shul but decided instead to stay and change things. The synagogue now has written policies about what non-Jews and intermarried Jewish members may and may not do, and those policies are posted on the congregation’s website.

For the Luftmans, it’s now a moot question: Pat converted in 2007.

Emotionally, being betwixt and between in the Jewish community can be a rough ride, Bregman said.

“I had a real moment where I thought, I can’t do this,” she said. “A minister married to a Jewish man? In the back of my mind I’d always thought that I could convert and be what my children are. Getting ordained was closing off that possibility.”

At her child’s second-grade class presentation, Bregman says she wept while watching the children read from the Torah and dance around the bimah with their parents.

“This passing down of the Torah to the next generation, I’ll never be part of that,” she said.

But Bregman chose her path and is now a chaplain at the Jewish Hospital and Home in the Bronx, N.Y. She prays in her way and raises her children as Jews.

“I was trying to fit it all in a box and I realized, I’ll always be in between,” she said. “It’s not an easy place to be.”