Murderers’ Row: Who are the terrorists being freed in the Shalit deal? 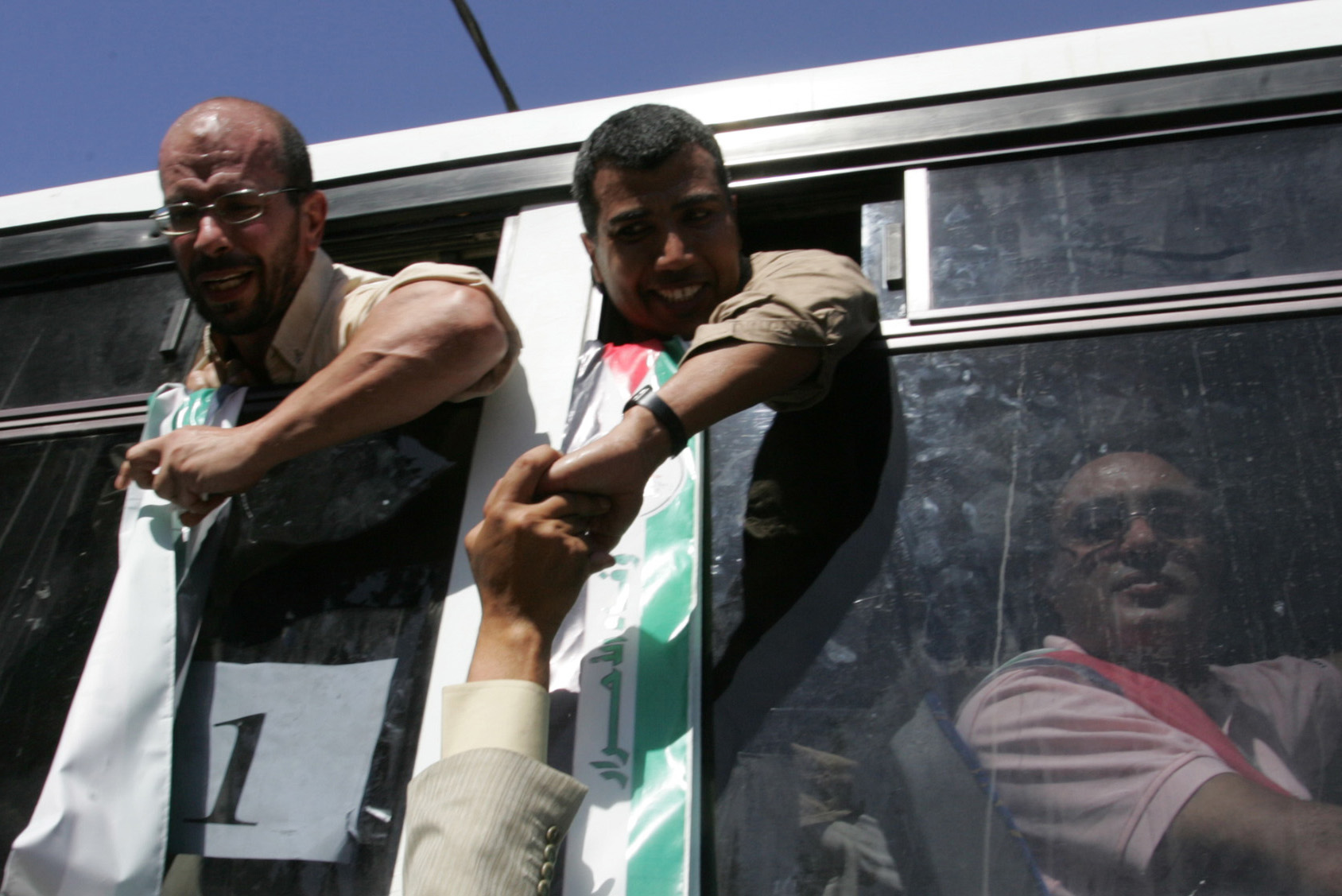 Palestinian prisoners who were freed from Israeli jails as part of the exchange deal for Gilad Shalit arriving at the Rafah crossing border in the Gaza Strip, Oct. 18, 2011. (Abed Rahim Khatib/Flash 90)
Advertisement

The remaining 550 will be chosen by Israel and released in two months.

The following are some of the more notorious terrorists being let out of prison as part of the deal:

* Abd al-Hadi Ghanim: In July 1989, during the first Intifada, Gaza resident Abd al-Hadi Ghanim grabbed the steering wheel of a Tel Aviv-to-Jerusalem bus on Israel’s main highway and steered it into a ravine. Sixteen people were killed.

* Yihia al-Sinwar: A founder of Hamas’ military wing, Yihia al-Sinwar was involved in the October 1994 kidnapping of Sgt. Nachshon Wachsman, an Israeli soldier who had American citizenship. Wachsman was killed by his captors during a rescue attempt several days later by Israeli commandos. Al-Sinwar’s brother is believed to have been an organizer of Gilad Shalit’s abduction.

* Aziz Salha: In October 2000, Aziz Salha produced one of the most horrifying images of the second intifada. He was photographed proudly waving his bloodstained hands out of the window of a Ramallah police station after participating in a lynch mob that broke into the building and beat to death two Israeli reservists who had been taken into Palestinian custody there after making a wrong turn into the city. An Israeli court convicted him of the murder of Cpl. Vadim Norzich.

* Mona Awana: In January 2001, West Bank resident Mona Awana, pretending to be an American with a romantic interest in an Israeli high school student, used the Internet to lure 16-year-old Ofir Rahum to meet her in Jerusalem. They then drove Rahum to a prearranged location on Ramallah’s outskirts, where he was shot and killed by Palestinian gunmen.

* Fuad Amrin: In May 1992, Gaza resident Fuad Amrin stabbed to death 15-year-old Helena Rapp on her way to school in the Israeli city of Bat Yam.

* Husam Badran: As the leader of Hamas’ military wing in the northern West Bank, Husam Badran was the instigator of several of the deadliest suicide bombings of the second intifada, including the 2001 bombing attacks on a Sbarro pizzeria in Jerusalem (15 killed), the Dolphinarium discotheque bombing in Tel Aviv (21 killed), the 2002 suicide bombings of a Passover seder at the Park Hotel in Netanya (30 killed) and the bombing of the Matza restaurant in Haifa (15 killed). More than 100 people were killed in terrorist attacks directed by Badran.

* Tamimi Ahlam: In August 2001, Tamimi Ahlam, a female university student and journalist originally from Jordan, led a suicide bomber to the downtown Jerusalem Sbarro pizzeria where he detonated himself, killing 15 people, including seven children.

* Walid Anajas: Hamas operative Walid Anajas assisted with the 2002 suicide bombings at Jerusalem’s Cafe Moment (11 killed) and a gaming club in Rishon LeZion (16 killed), and the remotely detonated bombing of a cafeteria at the Mount Scopus campus of the Hebrew University of Jerusalem, which killed nine people, including four Americans.