Rob Reiner to direct film based on Prop 8 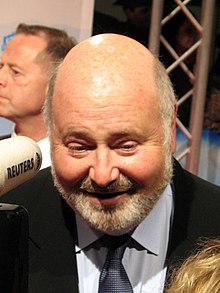 Rob Reiner has already directed the sweetest and the funniest love stories of all time. Now he is set to film the most controversial.

According to the Hollywood Reporter, Reiner plans to direct a film based on the legal proceedings surrounding Proposition 8, the California amendment defining marriage as the union between a man and a woman. The measure, adopted by popular vote in 2008, is currently under review by the Ninth Circuit Court of Appeals. Reiner told the Reporter that he has been involved “every step of the way” in fighting Prop 8, and is eagerly awaiting the court’s decision.

He has certainly been pretty busy; In the wake of the 2008 vote, Reiner helped found the American Foundation for Equal Rights, and recently participated in a reading of “8,” the New York play based on Prop 8 trial transcripts. Directing a movie is sorta the guy’s natural next move.

But hold on a sec. While I am all for same sex marriage, a film about legal current events is not exactly Reiner’s modus operandi. What happened to the director we know and love? Rob, bring back the fake orgasms! Film another 80’s hair metal mockumentary! Show me some sexy men in uniform!

Oh, wait. Seems like that last one might find its way into this new film. Well then.  As you wish, Rob Reiner.