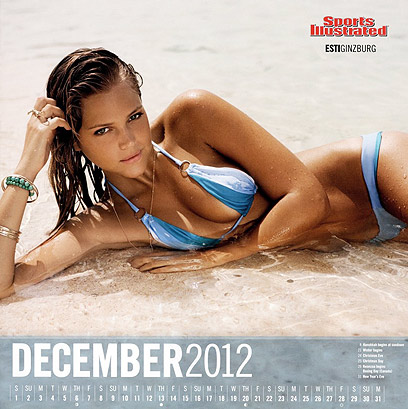 Israelis are getting spoiled. After four straight years of supermodels Bar Refaeli and Esti Ginzburg posing for the Sports Illustrated annual swimsuit edition, this is the first year there will be no holyland representation.

Earlier this year, Ynet reported (in Hebrew) that Ginzburg agreed to be in the magazine under one condition: she wanted the cover.  Though the cover model has not yet been announced, it won’t be Ginzburg who follows Refaeli’s footsteps (Refaeli was the 2009 cover model).

But have no fear, you lovers of everything hot and Israeli, because Ginzburg did agree to be miss December 2012 in the SI yearly calendar. Phew.