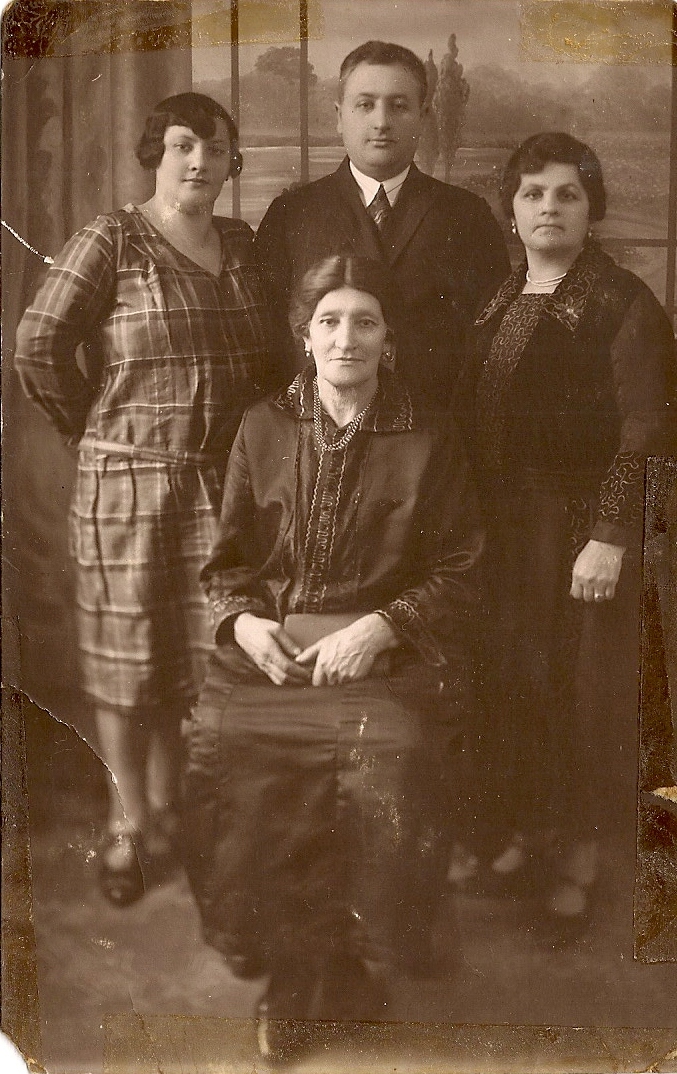 Hillel Kuttler's great-great-grandmother, Leah Eisen, sitting, poses in her native Lodz, Poland -- but who is standing behind her? (Courtesy Helen Markowitz)
Advertisement 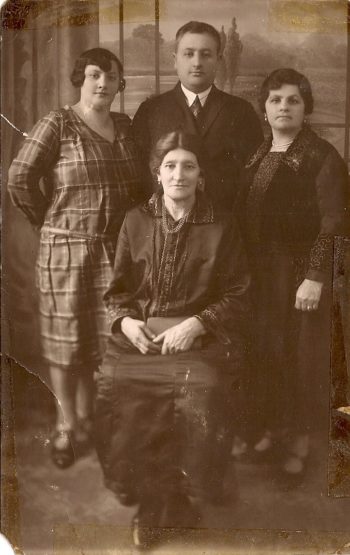 Hillel Kuttler’s great-great-grandmother, Leah Eisen, sitting, poses in her native Lodz, Poland — but who is standing behind her? (Courtesy Helen Markowitz)

BALTIMORE (JTA) — Thanksgiving brings together families, and this November marked the first anniversary of a personal “Seeking Kin” success. Like all genealogy searches, it yielded ever-more mysteries to crack.

I turn now to JTA’s readers to ask for help: What are the names of the three people shown standing in the photograph accompanying this column? Could one of these women have settled in Argentina?

I first saw this nearly century-old picture a year ago. Two days before Thanksgiving 2010 — just like that, as I do whenever the genealogy bug bites — I searched for a long-lost relative. My late Grandma Rozzie once wrote me a letter that mentioned her cousin Helen as someone she adored. But I’d never met Helen, nor had my mother. All I knew was that Helen’s father, Joseph Eisen, and Rozzie’s father, Moshe/Morris (for whom I’m named), were brothers and that Helen, like Rozzie, was an only child who was born in Paterson, N.J.

Helen’s married name, where she lived, whether she still lived — who knew?

I called a construction company that manages several small cemeteries in New Jersey. A woman there who two years earlier had helped me locate Rozzie’s maternal grandparents’ graves informed me that Joseph was buried at a Workmen’s Circle cemetery in Saddle Brook.

“Do your records mention a next of kin?” I asked.

Bingo! But she did not have Helen’s contact information. I typed Helen’s name into a search engine and immediately found a newsletter article mentioning her and providing a telephone number.

Having never heard my name, Helen was plenty surprised by the call. She sounded as thrilled as I to connect. We chatted for more than two hours. The next afternoon, my sons and I detoured to see her on our way to New York for Thanksgiving. We got a good look at each other, scarcely believing the reunion and how quickly it materialized.

And such exquisite timing! That very day was Joseph’s yahrtzeit. The cemetery was one neighborhood over, so we piled into the car, wiggled our way through Fair Lawn and hooked a right down a quiet, residential lane, stopping beside a low fence. I helped Helen out. As the fading sun fought the raw, damp air for relevance, we followed Helen to the back of the property to the graves of her parents, Joseph and Rose. We placed stones atop the markers, then returned to her home.

Helen, now 87, is a slight woman who is in good health and possesses a clear voice and sharp memories. She doesn’t get out as much as she used to because fading eyesight forced her to give up driving. Helen’s husband, Alex, died 30 years ago; the couple didn’t have children, so Helen’s few relatives include Alex’s nephew in nearby Fort Lee.

Helen and Rozzie lost touch many decades ago, but Helen didn’t know why. My mother had told me once that Morris and Joseph feuded about whether to sponsor one sister’s immigration to the United States from their hometown of Lodz, Poland. She, two other sisters, a brother and their families were killed in the Shoah.

Maybe Morris’ and Joseph’s recrimination over her fate explained the estrangement between their branches of my family.

Since 1956, Helen has resided in the same small house in Fair Lawn (one town east of Paterson), just a mile or two from where my grandparents lived until 1966 — yet, sadly, Helen never knew that Rozzie lived so close by.

Whatever the cause for the split, our branches now were reunited.

Wearing a brown polyester turtleneck and casual slacks, Helen led us upstairs to her father’s old bedroom. She pointed left to a wall on which, secured in a circular oak frame, hung a huge photographic portrait of her paternal grandmother, Leah, my great-great-grandmother. I grew up hearing that Leah was a noted midwife and a very pious woman. Helen remembers that in about 1934, Joseph received by mail a Lodz newspaper whose front page featured Leah’s black-bordered obituary.

Back in the living room, Helen handed me a gold-plated frame containing another photograph, the one appearing alongside this article. The woman sitting, she said, is Leah. The young women are Leah’s daughters, but Helen wasn’t sure whether the man is a son or a son-in-law. She didn’t know their names.

One of the two daughters survived the Shoah, immigrated to Argentina and was the one whom Joseph and Morris discussed bringing to Paterson. Helen was sure of it.

That was doubly shocking: The Eisen sister wasn’t murdered in the Shoah, after all, and Argentina had never been associated with my family.

Shortly thereafter, I worked some contacts at the U.S. headquarters of international Jewish organizations. They referred me to their Buenos Aires offices and to AMIA, Argentina’s Jewish community association. An AMIA volunteer checked her records, but nothing matched.

The key problem is that I have little to go on. Helen doesn’t know the Eisen sister’s first name, married name (if any) or when and where she settled in Argentina. Certainly this sister is long dead, but maybe children or grandchildren are alive.

A long shot, true, but I located a New Jersey Eisen last November and — perhaps with the help of JTA’s readers, for which I express advance gratitude — I am determined to find the Argentina Eisens before next Thanksgiving.

Please send a message to seekingkin@jta.org if you know what became of the Eisen sister who settled in Argentina after surviving the Shoah, or if you would like our help in searching for your own long-lost friends or family. Please include the principal facts in a brief e-mail (up to one paragraph) and your contact information.