Jesse Eisenberg says Judaism made him an awesome actor 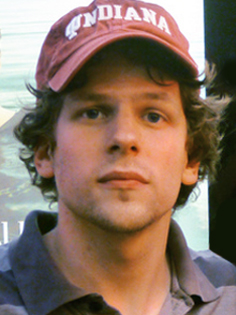 Not trying to take all the credit for Hollywood or anything, but Judaism basically breeds good actors. Jesse Eisenberg’s words, not mine. In an essay in Black Book magazine, Eisenberg extolls the positive impact that a loud, Jewish background had on his acting chops:

“In my family, every conversation was a debate complete with philosophical tangents,” he says. “A discussion about the Yankees would quickly devolve into an argument about salary caps and then into a theoretical consideration of hegemony, and finally, inevitably, a shouting match about Israeli policies in the Middle East.”

Yup, the crazy Jewish Eisenberg household inspired Jesse to be the man he is today. Who knew that loud voices and angrily spewed gefilte fish spittle could turn a young pipsqueak into Morgan Freeman?