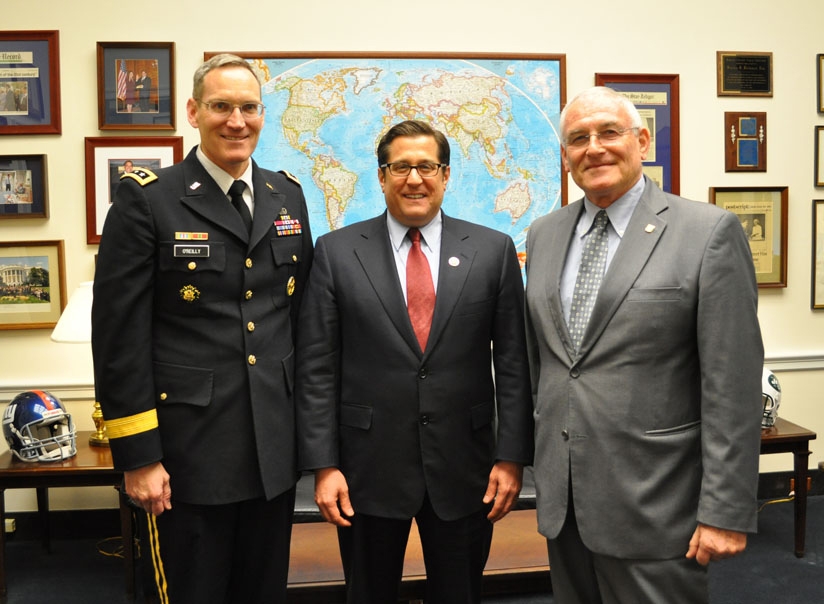 WASHINGTON (JTA) — Rep. Steve Rothman is accustomed to being re-elected to his northern New Jersey congressional district by wide margins.

This year, however, the pro-Israel stalwart faces what could be a tough, redistricting-induced primary battle against a fellow eight-term Democrat, Rep. Bill Pascrell, who also has a history of winning re-election handily.

Among many pro-Israel activists, the stakes are seen as high. Rothman is regarded as a key — and outspoken — pro-Israel voice on Capitol Hill.

“There are less than a handful of congressmen who bring the kind of passion, intensity and commitment to America’s security and Israel’s security that Steve Rothman does,” said a congressional aide whose boss previously served with Rothman on the House Appropriations Committee. “He has a laser beam-like focus on defeating the enemies of Israel, and he’s definitely not shy about holding the State Department accountable.”

The race between Rothman and Pascrell is the result of the new congressional map adopted at the end of 2011by New Jersey’s redistricting commission.

Rothman is not the only high-profile Jewish lawmaker facing a redistricting-fueled primary fight. In California, the decennial redrawing of congressional districts has yielded a faceoff between Democratic Reps. Howard Berman and Brad Sherman, both leaders on Israel issues.

The new map for New Jersey, which is losing a congressional seat, put Rothman’s residence and a fifth of his constituents into a more conservative district, a large majority of which is currently represented by Republican Scott Garrett. Meanwhile, the largest portions of Rothman’s and Pascrell’s constituencies were shoehorned together into another district.

Hoping to avoid an internecine primary battle, some Democrats reportedly urged Rothman, 59, to challenge Garrett. But it would have been an uphill battle for Rothman.

Instead, Rothman and Pascrell, 74, have declared their intentions to run for the same seat. Rothman currently represents 54 percent of the new district’s constituents, while Pascrell represents 43 percent.

“I decided that I wanted to continue to represent the people who I was born and raised with and who I have lived with most of my life,” Rothman said.

The media-savvy, bespectacled congressman previously served as mayor of Englewood, a city with a sizable Jewish population located in the district he is now contesting.

“I will be reminding my constituents not only of my strong support for Israel, but my great success in helping tens of thousands of constituents every year with their problems and bringing home to the district more than $2 billion in federal funding for a variety of essential local projects,” Rothman said.

A spokesman for Pascrell’s campaign, Sean Darcy, offered a different take on who would be the best choice for Democrats in the June 5 primary.

“Congressman Pascrell has a track record of fighting for middle-class taxpayers,” Darcy said. “He is not afraid to take on extreme right-wing conservatives and stand up for Democratic principles and ideals.”

Both lawmakers receive relatively high ratings for their voting records from the liberal Americans for Democratic Action.

Rothman’s power base is Bergen County, while Pascrell’s stronghold is neighboring Passaic County, an area with a large Arab-American community. Both men have lined up endorsements from local elected officials.

“I think Rothman starts off as the favorite in this,” said Alan Steinberg, who writes about New Jersey politics for Politicker NJ and NewJerseyNewsroom.com. “In this primary he will have overwhelming support from the Jewish community.”

Rothman is a longtime supporter of President Obama, endorsing him in the 2008 presidential primaries over then-Sen. Hillary Rodham Clinton of neighboring New York State — the first member of New Jersey’s congressional delegation to do so.

While Rothman has been critical of aspects of the Obama administration’s Israel policies, including what he has said was a misguided early focus on Israeli settlement activity, he has been at the forefront of defending the president from Republican attacks on his record.

In a July Op-Ed for Politico, Rothman wrote that the Obama administration “has given — and continues to provide — unprecedented support for the defense and security of Israel.”

He also has hammered leading Republican candidates for supporting an overhaul in the way U.S. foreign aid is allocated, alleging that their positions contradict American understandings with Israel on aid.

Ben Chouake, president of the New Jersey-based pro-Israel political action committee NORPAC, said that Rothman is “very knowledgeable and very engaged and is looked to by other members of Congress for information and advice on matters concerning U.S.-Israel relations and the Middle East.”

Chouake called Rothman “one of the premier congressional leaders and ‘go-to’ people on [Capitol Hill] regarding U.S.-Israel relations.”

NORPAC, the country’s largest pro-Israel political action committee, has raised money for both Rothman and Pascrell in the past.

“While both would carry the status of friendly incumbent in an ordinary election, there is such a wide difference in the records of the candidates that Rothman receives our preference and endorsement in this particular race,” Chouake said.

“Steve Rothman has been instrumental in actively championing missile defense cooperation for years,” said an official at the Israeli embassy who was familiar with Rothman’s work on missile defense.

Josh Block, a former longtime spokesman for the American Israel Public Affairs Committee, said that Rothman’s “record of pro-Israel leadership is second to none, and in this particular race the differences couldn’t be clearer.”

Block accused Pascrell of having “actually sided against American support for Israel’s right to defend herself against weapons smuggling and attacks by terrorists.” He pointed to Pascrell’s signing of a January 2010 letter to Obama criticizing the Israeli and Egyptian blockade of Gaza. The letter, signed by 54 House members, called on the president to press for the easing of the blockade to improve conditions for Palestinian civilians.

Darcy, the Pascrell campaign spokesman, defended the congressman’s record and noted that he “has voted for and fought for security aid to Israel in every year that he has been in Congress.” Darcy also explained Pascrell’s reasons for signing the Gaza letter.

“At the time, Congressman Pascrell agreed that certain aspects of Israel’s blockade of Gaza, including restrictions of certain types of food and medicines, were counterproductive to that goal and hurt ordinary Gazans far more than the terrorists in Hamas,” Darcy said. “He believes that support for Israel’s right to defend itself and a concern for the humanitarian situation in the Gaza Strip are not mutually exclusive.”

In June 2010, the Israeli government announced that it would modify its Gaza blockade to allow in a wider array of civilian goods.

NORPAC’s Chouake said that while Pascrell does vote for foreign aid and support Iran sanctions, his support for the Gaza letter “upset many of his constituents.”

(This article was produced in conjunction with the Washington Jewish Week.)