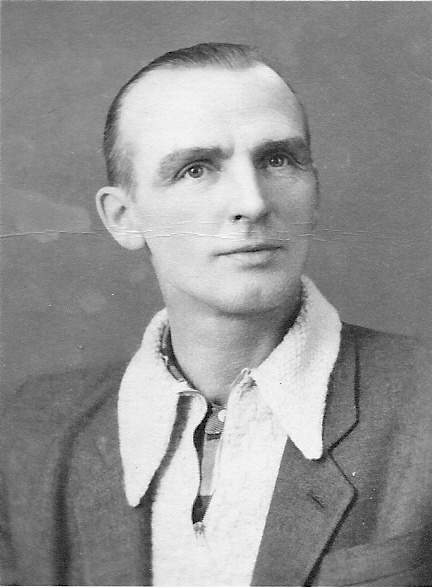 Karl Nurnberger sheltered a Jewish baby from the Nazis and later raised him, and now the son is searching for others aided by his adoptive father in order to get his heroism recognized by Yad Vashem. (Courtesy of Peter Nurnberger)
Advertisement

BALTIMORE (JTA) — Even after seven decades, Peter Nurnberger’s most basic biographical facts remain elusive. The Slovakian doesn’t know his birth date, his natural parents’ fate or whether they had any other children.

Peter’s adoptive parents hid him during the Shoah in their home in Kežmarok, 168 miles east of Bratislava, where he lives today. Now the retired civil engineer hopes that “Seeking Kin” readers can supply leads that help crack a mystery: Who else did they rescue?

Identifying such people and obtaining their testimonies are crucial to Peter’s goal of securing posthumous recognition for his adoptive father, Karl Nurnberger, as a Righteous Among the Nations, an honor that Israel’s Holocaust commemoration institution, Yad Vashem, confers upon gentiles who saved Jews during World War II. Karl’s wife, Paula (nee Grossberg), was Jewish.

Only upon Karl’s death in 1958 did Peter learn that he had been adopted. Paula refused to discuss the matter; she died in 1964. Years later, Peter discovered that his natural parents were Yosef and Berta Hirschberg, that his first name was Moshe, that he was born in Bochnia, Poland, near Krakow, and that he’d been smuggled to Kežmarok as an infant. The little that Nurnberger knows about his natural parents, and of his being born in Bochnia, came from discussions in the early 1990s with Berta’s brother, Leopold Blasenstein, who had settled in Australia.

Karl’s candidacy for Righteous Among the Nations rests on collected scraps of information, conversations Peter vaguely recalls from childhood and the words of a woman he met more than 30 years ago who has passed away. After returning from visiting Yosef’s cousins in Israel in October, Peter mailed Yad Vashem a two-page document that laid out the relevant facts. One of the cousins broadcast his search on the Israeli radio program “Hamador L’Chipus Krovim” (Searching for Relatives Bureau).

Peter’s letter to Yad Vashem contains serious drawbacks, he believes: They are the words of a son, and they aren’t based on his own remembrances — he was a baby at the time.

Tereza Nurnberger, who translated for her husband during two Skype interviews with JTA in December, acknowledged that “chances are very thin that someone will be found” to attest to Karl’s wartime sheltering of Jews, and said that Peter agrees.

Estee Yaari, Yad Vashem’s foreign media liaison, said the application is being reviewed. Each rescue story, she explained, “is carefully examined to see whether it meets the criteria, the most basic of which is that a person risked his life to save Jews from deportation and murder. The stories must be substantiated with survivor testimony or archival documentation of the period.”

Peter “feels sorry that he doesn’t know if he will succeed in giving Karl this honor that he deserves and that he didn’t find people who know about those times — that it may be too late to find people,” his wife explained.

One person who has been located is Zoltan “Bezalel” Schulcz, who lives in Netanya, Israel. Schulcz told JTA that as a Kežmarok teenager during World War II, he escorted two Jews to the Nurnberger home. Schulcz did so at the request of a neighbor named Rozenzwaig, who he thinks was active in identifying safe houses where escaping Polish Jews briefly stayed before continuing their journey toward Hungary and, they believed, safety.

Schulcz does not remember meeting Karl Nurnberger, the names of the Jews he brought there or precisely when the escorting occurred. Schulcz thinks that he delivered Jews to Karl’s house three or four times.

Peter Black, a senior historian at the U.S. Holocaust Memorial Museum, figured that Schulcz’s role likely dates to 1942 or 1943, prior to the Nazi occupation of Hungary and of Slovakia. From Bochnia, those who smuggled Peter very well might have traveled through Slovakia and on to Hungary, Black said.

“It only became dangerous in Slovakia [beginning] in August 1944, when the Germans went in to wipe out the Slovak uprising and used that opportunity to deport the rest of the Slovak Jews who were not deported in 1942,” Black explained. Until 1942, he continued, the Slovakian government of Jozef Tiso cooperated with the Nazis’ deportation orders, but ceased doing so after learning that the trains were traveling to death camps, not labor camps.

The existence of an underground railroad to Hungary is an aspect of the Shoah not widely known or well documented. Black said that numbers for those traversing Slovakia bound for Hungary “would be hard to know,” but figured that it didn’t exceed a few hundred people. Records of Polish Jews briefly hidden en route are even more unlikely because escapees were transient, he said.

“In a given town, I’d be surprised if it would have been more than a few dozen — but that’s just shooting in the dark,” he said of Kežmarok’s role. “There wouldn’t be records because people wouldn’t want to keep records." He added, "I don’t think it’s been systematically studied.”

Peter Nurnberger said he learned that Karl and Paula sometimes sheltered up to 30 Jews, but usually a few people each night. He’s not sure if people stayed in a secret room built onto or part of the Nurnberger home, or were hidden in, under or near a woodshed in the yard. Investigating the property at 40 Huncovska St. is impossible now because the home was razed and a pediatric hospital stands on the site.

Peter first found out about the Nurnbergers running a safe house from the late Livia Sandorfy, a friend of Karl and Paula. On a visit to Sandorfy while on a business trip to Kosice in the late 1970s, Peter asked about the circumstances of his adoption. Sandorfy revealed that she had been hidden by the Nurnbergers — and dropped the bombshell that he had been hidden, too.

Sandorfy remembered that Peter was dropped off by two men and a woman who likely spent the night with another Jewish family before proceeding to Hungary. The Nurnbergers were urged to transfer the baby to an orphanage but refused, she told him.

From Sandorfy, he also learned that Karl later built a hideaway in the woods near the village of Mengusovce, and moved there with several families in the autumn of 1944.

“He took in everyone who was in need,” Peter said, adding that he obtained a document from the state archives in which Karl said that 113 people were saved there.

Peter also has a handwritten original list of the group’s weapons, all of which Karl transferred after the war to the Czechoslovakian army.

“If some people who were rescued will be found … it will confirm that my quest for recognition for Karl is justified,” Peter said. “I am proud of him. Why he did it, I do not know. He was a man who was able and ready to take that enormous risk and responsibility.”

Peter’s search is “a needle-in-the-haystack” effort, said Black, the museum historian, “but it’s worth a shot.”

Please send a message to seekingkin@jta.org if the Nurnbergers rescued anyone you know or if you would like our help in searching for long-lost friends or family. Include the principal facts in a brief e-mail (up to one paragraph) and your contact information.