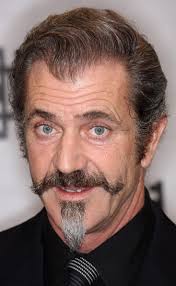 Everyone knows Mel Gibson sucks. He gets insanely drunk, treats women like crap, and has been known to make an anti-Semitic remark or two. And while natural instinct would be to tar and feather the man, my mom always taught me that the best way to kill is with  kindness.

So what’s up with Congregation Beth Shalom in Corona, California? The strapped-for-cash synagogue basically held Gibson upside down by his tighty whiteys and shook him for spare change, all the while yelling “SEE, WE’RE GREAT PEOPLE! LOVE US YOU FOOL, LOVE US!”

Fine. Maybe they didn’t go that far. But they did write a super passive aggressive letter, telling Gibson that if he ever wants Hollywood to accept him again, he’s got to give a little gelt:

“Our proposal to you, Mr. Gibson, is since you have been cited as an Anti-Semitic, and have denied those allegations, what better way to prove to all your fans and the nay Sayers — than to endorse and help raise funds for our cause — SOS, Save Our Synagogue.”

Some might say that playing the anti-Semite card is legit. I personally think it stinks of extortion, but whatever. No matter what, you can’t find this closing gem to be anything less than ridiculous:

“Mr. Gibson, we offer you to be a Mensch and make a sizable contribution to our cause.”

So what did Gibson do? Write them a thank you card, of course! It said something along the lines of this: “Dear Jews, Thanks for the opportunity to let me be a mensch! All those horrifyingly things I said before relating to Jews and money and stuff? Y’all totes proved me wrong. Here is $1.6 million to show how much I dig you. Shabbat shalom!”

Ok, ok, I made that up. The REAL response came from his rep, who said that Mel “knows nothing about the request but wishes the temple all the best.”

Ugh. I hate it when a raving, anti-Semitic Neanderthal comes off better than the Jews, don’t you?