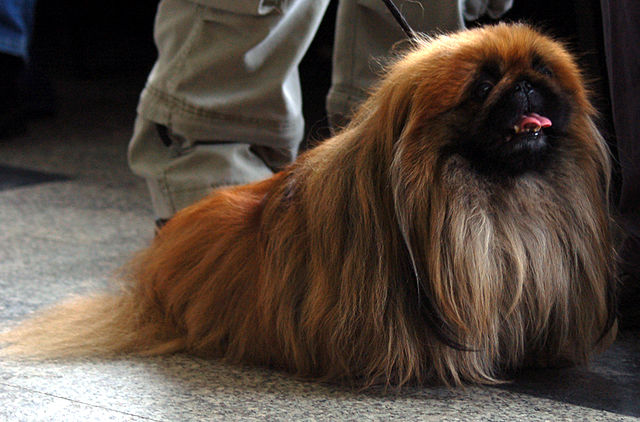 The Westminster Kennel Club Dog Show has declared a Pekingese dog "Best In Show" for 2012.

Segue to the time when Israel granted a visa to a confessed member of the Nazi party so that he could judge a dog show:

The Foreign Ministry said today that an Israeli visa issued to an admitted former Nazi in Bonn was proper and in accordance with standing regulations. The holder of the visa, Dr. Alois Fink, 67, is in Israel as a judge in an international dog show.

He was invited by the organizers of the show who said they knew of his past Nazi affiliations and that he made no attempt to conceal them when he applied for a visa at the Israeli Embassy in Bonn. A Foreign Ministry spokesman said that when a visa applicant declares that he had been a member of the Nazi Party, he is asked to state on his word of honor that he was never personally involved in any activity against Jews. Such a statement is legally binding in West Germany and is accepted by Israel, the spokesman said. If found to be untrue, the person can be prosecuted for perjury. According to unofficial sources, tens of thousands of ex-Nazis have come to Israel as tourists in recent years. (Published: Oct. 10, 1969)

Did that last sentence about immigration history surprise you? More than this one?

Archive Notes: In 2006, the Simon Wiesenthal Center requested that a neo-Nazi be denied entry to an Israeli dog show … A white Samoyed owned by a New Yorker took home 1987 Best in Show honors at the World Dog Show in Tel Aviv.