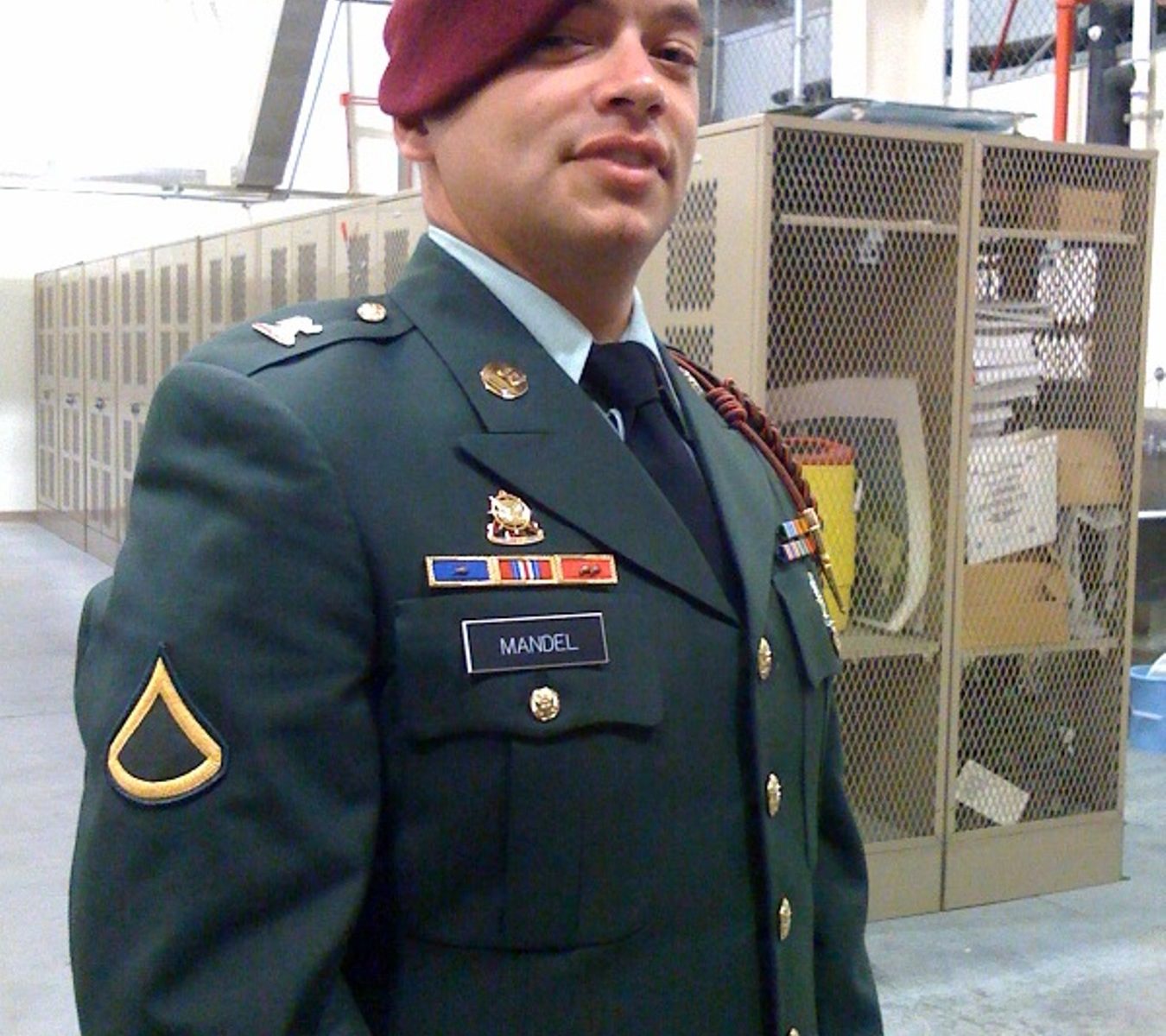 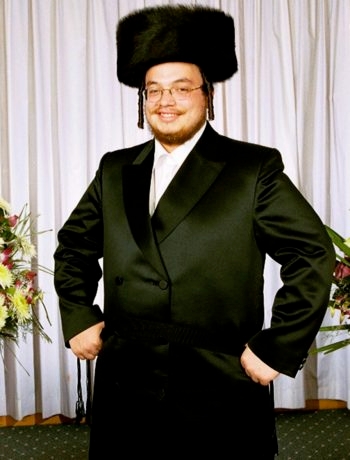 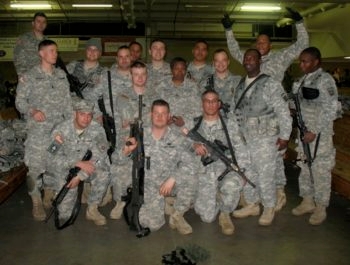 NEW YORK (Yiddish Forward) — When Ari Mandel arrived at Army boot camp at Fort Leonard Wood, Mo., in June 2007, it was a scorcher. His fellow soldiers, who had been accustomed to wearing airy shorts, T-shirts and flip-flops during the summer, groaned as they donned knee-high woolen socks, combat boots, cargo pants, jacket and a hat.

Mandel felt perfectly comfortable, however, having grown up in Monsey, N.Y., wearing woolen tzitzit, a long silk coat and a beaver hat even on the hottest summer days. The reason? Before Ari Mandel became a private in the U.S. Army, he was Ari Moyshe Aaron Mandel, a Nikelsburger Chasid.

Now, after five years of military service, including a tour of duty in Korea and one in Haiti working on the Caribbean nation’s reconstruction following its devastating earthquake in January 2010, Mandel has embarked on his next goal: going to college. Along with attending Hunter College in New York City, he also writes a blog, Confessions of a Koifer (or atheist), which has attracted a number of Chasidic and former Chasidic readers.

Mandel is the son of Chabad-Lubavitch parents who moved from his native Seattle, Wash., to the Chabad community in Morristown, N.J., when he was 4. His father, longing for what he considered a more authentic Chasidism, moved the family to Monsey, a town about an hour’s drive from New York City with a large Chasidic population, and joined the Nikelsburg sect. Mandel attended the Nikelsburger yeshiva, but as a 13-year-old he was sent to a sleepaway yeshiva, Darchei Torah, which had a better academic reputation and more structure.

“At Darchei Torah the way to educate, starting with the principal, was to hit the students, even more than at other yeshivas,” Mandel said. “The first night in the dorm I phoned my mother in tears and begged her to take me home, but she and my father were naive and answered, ‘He’s a rosh yeshiva [the head of the yeshiva]. He must know what he’s doing.’ “

He would spend a semester in Israel and learn Torah in the Borough Park section of Brooklyn. He developed a thirst for reading.

After marrying at 18, Mandel dared to venture into a public library and took out a secular book, “The DaVinci Code.”

“I was fascinated and started borrowing other books,” Mandel said. “My wife didn’t mind but didn’t want to hear about it. After a while I brought the Internet into the house and that was the beginning of the end. Through the Internet I met other Chasidim like myself, and this opened my eyes to the whole world.”

Despite Mandel’s enthrallment with the secular world, his gnawing conscience forced him to seek spiritual guidance from his rabbis. They didn’t understand.

“One told me to go recite Psalms; a second one tried to convince me that the gentile world was nothing more than a hotbed of immorality, whereas among us Jews there was the warmth of the Sabbath table,” Mandel recalled. “I didn’t want to hear these cliches. I wanted proof of God’s existence. After a while I saw that the entire system was one big lie, that all the education I was getting may have been wide, but not at all deep.”

Mandel moved with his wife to the non-Chasidic “black hat” community of Lakewood, N.J. , shaved his beard and continued learning at a yeshiva, but the doubts returned. Finally he told his wife that he could no longer live a lie.

“I said that I didn’t want her to change her life for me because someday she would wake up and see that she had no family left, and she would blame me,” he said.

At 23 and the father of a toddler, his maternal grandparents — who were no longer observant — visited Monsey from Seattle for a family simcha. Several weeks later he called his grandmother and blurted out, “I’m going out of my mind!” She urged him to take the next flight to her.

Mandel bid farewell to his wife and son and moved to Seattle, working odd jobs. As he drove to work he would listen to two favorite conservative talk show hosts among the Chasidic community – Rush Limbaugh and Bill O’Reilly.

“I heard them defending the war in Iraq and Afghanistan, and it suddenly occurred to me: I’m single, looking for adventure, I have to earn a living, want to go to college. Why not join the Army?”

He relayed the decision to his wife, and to his surprise she came with their son. After several days she took off the wig worn by some Orthodox women and even entered a McDonald’s for an iced coffee.

“She started telling me that since I’d left she had been doing a lot of thinking,” said Mandel, whose parents had urged her to divorce their son, even promising to support her and the child.

The five years of military service weren’t easy for the family. In Korea, Mandel was not permitted to bring his wife and son onto the base. But after a year he brought them over anyway, even managing to get his son enrolled in the base school.

Later he was assigned to the 82nd Airborne in Fort Bragg, N.C., an infantry division specializing in parachute landing operations. He worked as a motor vehicle operator, driving the soldiers to the airstrip and delivering the parachutes to them.

“It was all new to him,” said Mandel’s former team leader, Col. Erik Miller. “Yet he didn’t hesitate to ask if he was doing things right or to ask others if they needed any help. He took a lot of initiative.”

Most soldiers are promoted during their military service, but Mandel never achieved a rank beyond private because he was deemed overweight. That angers Miller.

“If I ever had to choose someone to go into combat with me, I would gladly have chosen Ari,” the colonel said. “He shows a hell of a lot of dedication and courage, that kid. And the officers knew he was a good worker.

“Ari wasn’t overweight but because of his short height, they expected his waist to be just as thin as other soldiers of the same height, and that’s just not right. Take a look at his wedding pictures and see how many pounds he lost just to enlist! Goes to show you how much discipline this kid has.”

Among the Chasidim and former Chasidim who read Mandel’s blog, his military rank matters little. To them he is no less than a hero.

“He shows a strong sense of purpose,” said Shulem Deen, author of the blog Unpious, a website of writings by and for Chasidim “on the fringe.”  You get the sense that he’s not just rebelling against the Chasidic world but that he did something that he really wanted to do.”

Libby Pollack, a well-known name on the popular Chasidic-fringe Facebook groups Chassidish Yiddish and Kava Shtibel, says that Mandel is an inspiration to others. “He wasn’t afraid to follow his passion,” she said.

As he begins his studies at Hunter College, Mandel says he will continue to blog, although his political views are now much more liberal and libertarian than before – a result of his disillusionment with the bureaucracy and inflexibility he witnessed in the military.

“The best way to become a liberal is to join the Army,” he quipped.

Despite the distance he has traveled from his Chasidic upbringing, both geographically and spiritually, there is one thing he has never given up: his love of modern Chasidic music performed by Lipa Schmeltzer, Avrohom Fried and Mordechai Ben David.

“I’ve had a number of lieutenant colonels asking me what the hell I was listening to,” Mandel said. “I even got a buddy of mine who’s Mexican and never met a Chasidic Jew hooked on the Yeshiva Boys Choir!

“My wife keeps asking me, how can you listen to that? And I don’t have a good answer. I vehemently disagree with most of the lyrics, and I find myself laughing when I listen to the words I’m singing. But somehow I just can’t get enough of it.”

(Rukhl Schaechter is a staff editor and writer of the Yiddish Forward, from which this article was adapted.)