Seeking Kin: Ohio man born in the Shoah’s shadow searches for answers about his past 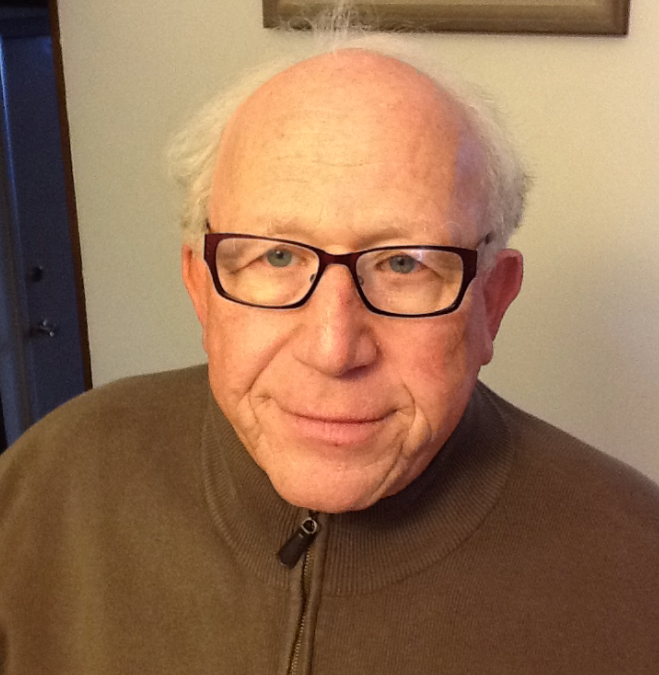 Sol Factor, who was given up by a mother who was in a displaced persons' camp, is looking for information about his family tree. (Courtesy of Sol Factor)
Advertisement

In 1947, when Sol Factor was a baby and his name was still Meier Pollak, a photo was taken of him at the Munich airport en route to America — the only image that exists of him before age 4. (Courtesy of Sol Factor)

His first life, as Meier Pollak — born in 1946 near a displaced persons’ camp in Germany — remains in the ether, evasive and ever tantalizing.

Factor, who teaches Jewish history at Kent State University, near Cleveland, began poking at the holes 20 years ago in his biography. In 2007 he came close to locating the natural mother who abandoned him in Germany. Factor tracked her to Israel, but Magen David Adom, Israel’s equivalent of the Red Cross, notified him that she had rebuffed its intermediary efforts. Factor expresses no sadness or anger toward the woman whose postwar name he has never known.

Now he hopes to discover any half-brothers and half-sisters who might shed light on his roots, tell him about his natural mother and even provide helpful medical information.

While Factor says his early years and search are “not something I dwell on,” assembling these pieces of his life would be valuable, “so that I can share it with my children [and say], ‘This is your background.’ ” An Israeli adviser to Kent State’s Hillel organization broadcast Factor’s search last month on the Israeli radio program “Hamador L’chipus Krovim” (Searching for Relatives Bureau).

As to whether he has made any follow-up attempts to locate his natural mother, Factor quickly responds, “No, no, no.” But, he continues, “If by some miracle there are other children and we connect, and if she’s still alive and they say to her, ‘You really should meet this guy,’ I’m not going to fight it.”

Only in 2001 did Factor begin digging seriously into the matter, with luck helping mightily. A German exchange student in the Cleveland high school where Factor taught for 36 years was intrigued by Factor’s roots and urged his mother in Munich to lend a hand. The woman searched local archives and uncovered the identity of Factor’s mother: Roza Pollak, who was born in 1924 in Orosken, Romania, survived Auschwitz and later lived in a displaced persons’ camp in St. Ottilien, a village near Munich.

Roza delivered Meier at the University of Munich’s Frauen Clinic on June 25, 1946. Three weeks later Meier was taken to the Schwabing-Altersheim displaced persons’ hospital in Munich. On Nov. 21, 1947, he was flown to New York by the U.S. Committee for the Care of European Children, which gave him over to the Jewish Family and Children’s Bureau of Boston. A photograph was taken that day in the Munich airport lounge. It is the only image that Factor has of his life as Meier Pollak, including the two years he lived in American foster homes before the Factors adopted him at age 4.

Factor also does not know his father’s identity. On one document, Roza listed the boy’s father as Schaier Pollak, but Factor thinks that Roza invented the name, if not the man’s entire being, because he has found no record of Schaier Pollak’s existence. A document in the files of the European Jewish Children’s Aid Inc. states that Canada rejected the infant for immigration “because he was born out of wedlock”; the next sentence adds that “Meier is a very desirable child, irrespective of his unknown background.”

William Connelly, a technical information specialist at the U.S. Holocaust Memorial Museum’s Survivors and Victims Resource Center, says the circumstances of Factor’s birth and his search are not rare.

Five years ago, a woman contacted Connelly, presenting a similar background and requesting his assistance in locating her birth mother. Connelly asked an Israeli official to look into the matter. He tracked down the woman’s mother, “but she didn’t want to have contact,” Connelly recalled.

“The end of the war was a difficult time. Just because Germany surrendered, it doesn’t mean there was a cessation of outrages against human decency,” Connelly explained. “There were rapes in many of the [displaced persons’] camps. People made their way through what can only be described as a chaotic wasteland. [Factor’s] mother could have been too ill or too shattered by her experiences. There could be any number of reasons why a woman would give up her child at the end of the war.”

Factor appears at peace with the knowledge that he has gained, even if it opens no further doors. But as the last interview for this article concluded, he mentioned having just been told of someone near Boston whose Romania-born mother’s data closely resembles that of Factor’s mother.

“It probably would not pan out, but you never know. He could be a half-sibling,” Factor said of a planned telephone conversation with the Boston man. “What’s ironic is that where he is living is next door to where I grew up. It would be very weird.”

Please email the writer at seekingkin@jta.org if you can help Sol Factor locate his relatives or if you would like the help of “Seeking Kin” searching for long-lost relatives and friends. Include the principal facts and your contact information in a brief (one-paragraph) email.