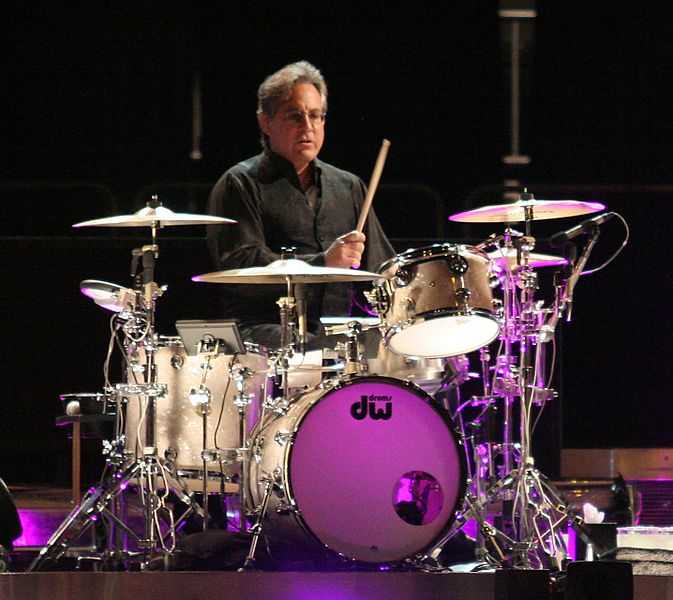 Max Weinberg of E Street Band fame will be stopping by the National Museum of American Jewish History on Tuesday night prior to Bruce Springsteen’s gigs the next two nights at the Wells Fargo Center in Philadelphia. The “Mighty Max,” as the Boss calls his longtime drummer, will be talking not only about his many years performing with the iconic band but his early days growing up in New Jersey, playing his first bar mitzvah at age 7 and attending synagogue at Temple Sharey Tefilo in East Orange.

In an email interview with JTA, Max said his drumming “was my way of living a life of tikkun olam.”

Talking about Temple Sharey Tefilo, Weinberg said that “I was greatly influenced by the poetic approach to leadership by the late Rabbi Avraham Soltes, who made the stories and scripture come alive through music and his charismatic teachings.”

Things on the new Springsteen tour pushing the “Wrecking Ball” album are going “wonderfully well,” Weinberg said. “The audience definitely enjoys Bruce’s new material, and seems to be both be stirred up and soothed by the message of the songs.”

He adds, “Touring with Bruce and the E Street Band is a dream come true.”

Weinberg acknowledges that “Life has a big hole in it” since the deaths of longtime clarinetist Clarence Clemons last June as well as keyboardist Danny Federici in 2008.

(written by Marc Brodsky of JTA)