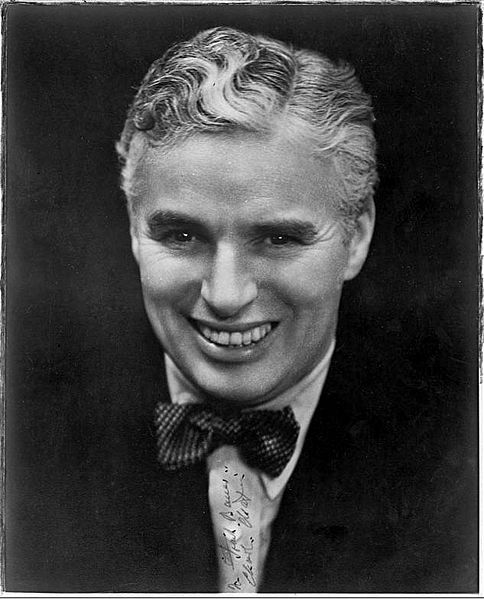 Whether through our Jewish celebrity blog 6 Degrees No Bacon, a Matisyahu beard-shaving incident blogged by yours truly and relegated ‘breaking news’ status, or TV recaps from our CEO/editor in chief, JTA has established a habit for reporting Jewish celebrity news.

It would therefore seem off base to criticize our forbearers for doing the same.
[[READMORE]]
On November 18, 1923 in New York, British writer Israel Zangwill — guest of honor at a Jewish Publication Society Dinner — took a jab at the American Jewish press:

Mr. Zangwill said he found it difficult to understand why in New York, the greatest Jewish city in history, men should be ashamed of being Jews. Mr. Zangwill also scored the Jewish press for failing to give more recognition to the work of the Jewish Publication Society. In an issue containing two pages about Charlie Chaplin, he found only eight lines about his translation of Solemon ibn Gabirol, whereas the New York Times published a page about it.

Born on April 16, 1889, actor Charlie Chaplin became one of the most recognizable actors of the 20th-century. One of his most famous roles was a 1940 parody of Hitler in "The Great Dictator."

Chaplin’s nationality remains the subject of speculation to this day. In February, India’s Economic Times reported that even British intelligence can’t pinpoint the actor’s birthplace.

The ambiguity of Chaplin’s Jewishness played out in JTA coverage in the 1920s and 1930s. News brief items in JTA’s Jewish Daily Bulletin conveyed claims that Chaplin was Jewish on his mother’s side; through a grandfather, as Albert Einstein claimed; on both sides and not at all. Chaplin, who reportedly denied his role couldn’t get a break, and was even the target of anti-Semitic activity.

Back to Israel Zangwill’s criticism — was the Jewish press right to dedicate so much space to someone who reportedly eschewed attempts to be identified as Jewish?

In December 1933, JTA writer Harry Salpeter responded to the Chaplin question in his column, "The Human Touch":

It seems to me as plain as the nose on any Jewish face that when a man denies that he is a Jew, however unworthy may be the motive for the denial, then you just cross his name off the list of Jews. You may continue to believe that he is a Jew, but for the purposes of the record he is no Jew. Charlie Chaplin, for example, has distinct Jewish lineaments, and I know that some of his best gag-men are Jews, but if he does not wish to be labelled Jew that should end the matter.

"It seems to me if anyone is crazy enough to identify with the Jewish people, it’s probably good enough for me," offered Abbey. "But it might not be good enough for other people.

To the contrary, the Chaplin incident shows that even when celebrities aren’t that crazy, it might still be ‘good enough.’

Jewish or not, you can watch Chaplin in "The Great Dictator" — a role he reportedly regretted, according to his autobiography — in its entirety below: