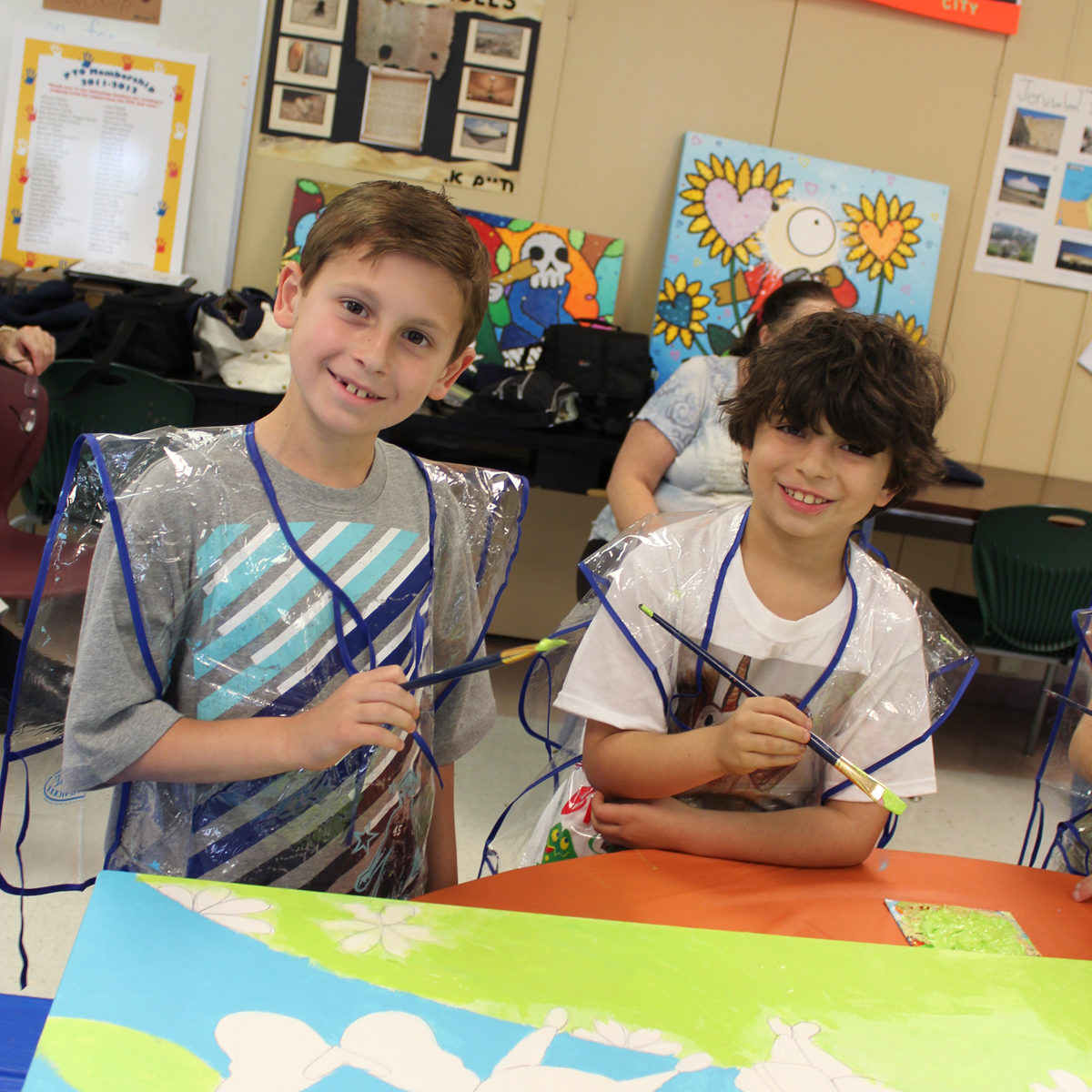 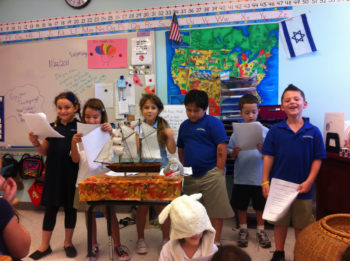 The Ben Gamla Boynton charter school in Florida is located in the second floor of a Conservative synagogue. (Courtesy of Elanit Weitzman)

BOSTON (JTA) — When the U.S. Supreme Court effectively legalized school vouchers in 2002, the Jewish Council for Public Affairs called it “a devastating blow to one of the foundations of our democracy”: the separation of church and state. Four years earlier, JCPA had conducted a yearlong study that affirmed its opposition to vouchers.

But at JCPA’s annual conference next month, the organization will reconsider vouchers, tax credits and other public funding for Jewish day schools. Ethan Felson, vice president and general counsel for JCPA, said the reexamination stems from a meeting with Jewish leaders from around the country.

“There was keen interest among a very broad range of leadership to take a fresh look at the issue,” Felson told JTA.

As day school tuition costs are rising, a growing number of Jewish organizations are rethinking their opposition to public support for religious schools. Jewish federations are increasing efforts to obtain state money for things like technology and textbooks, while some Jewish groups are supporting state programs that give tax credits for donations to private schools. The Jewish Federation of Greater New Orleans recently became the first in the country to endorse private school vouchers. Even the American Jewish Committee — long a bastion of opposition to public funding for private schools — is open to rethinking its position.

But a sea change in Jewish opinion will not come easily; many Jews still oppose public funding of religious schools. Jewish organizations such as the Anti-Defamation League are worried about church-state separation, the impact of government regulation on institutions that receive public money and the harm to public education.

“If you’re creating a two-tiered system of education, does that undermine the system of public education, if we’re essentially balkanizing our schools?” asked David Barkey, religious freedom counsel for the ADL.

Several factors have contributed to the renewed push for public funding. One is the growing realization in the community that Jewish education is vital to Jewish identity and involvement, says Yossi Prager, executive director of the Avi Chai Foundation in North America. But simultaneously, the high cost of day school tuition is hurting families and schools. Day school enrollment saw a 3 percent drop in 2009-10, and approximately a dozen schools closed in 2011, according to the Avi Chai Foundation. Legally, a landmark 2002 Supreme Court case over vouchers in Ohio found that vouchers are constitutional under certain conditions. (In some states, amendments to the state constitution prohibit government aid to religious schools.)

Also, an increasing number of states — including Arizona, Pennsylvania, Florida and Rhode Island — is experimenting with tax credit scholarship programs, in which individuals or corporations donate money to a scholarship organization. The organization funds private school scholarships and the donor receives a tax credit.

“The crisis has galvanized a number of people locally” to increase their lobbying efforts, said Maury Litwack, the OU’s director of political affairs. “A number of organizations … who historically had positions that this troubled us because of church-state, they see there’s such a large grocery list of federal funding, and at a state and local level, it’s difficult to say you’re opposed to everything.”

In New Jersey, for example, Jewish day schools would get approximately $600,000 for technology next year under the governor’s proposed budget. In Florida, Jewish day schools receive about $2 million annually from a tax credit program, according to the OU.

Nationally, the AJC is talking internally about whether to rethink its long history of opposition to tax credits and vouchers, said general counsel Marc Stern. Historically, Jews have had a strong ideological commitment to the principle that religion should be voluntary, not funded by the compulsory tax system, Stern said. Before reforms to the Catholic Church in the 1960s, Jews worried about government funding of Catholic schools, whose teachings at the time fostered anti-Semitism, Stern said. Recently there have been concerns about government regulation that comes with public funding, which could affect, for example, hiring or admissions practices.

However, Stern said, AJC recognizes that the cost of Jewish education is rising, Jewish day schools are closing and public money will be equally available to all religions. Plus, new case law addresses the constitutional issues.

“Maybe it requires a different position, maybe not,” Stern said.

Some local foundations are leading on these issues. The UJA-Federation of New York recently hired a staff member to focus on government support for day schools. The federation, said Darcy Hirsh, the director of day school advocacy, is trying to increase existing state funding for state-mandated testing, special education, computers, textbooks and library materials, and is looking for “additional constitutionally permissible means of government support.”

“There should be some credit given for people whose kids are not going into the public system, where parents are bearing the entire cost of the educational process,” Shrage said.

In Louisiana, where Republican Gov. Bobby Jindal has been pushing a comprehensive education reform bill, representatives of the federation-affiliated Jewish Community Relations Council, the OU and a local Jewish day school met with legislators to support vouchers and tax credits.

JCRC Chairman Jonathan Lake said the voucher bill, which recently passed the Louisiana State Legislature, will have little impact on Jewish day schools because of income eligibility criteria and a provision awarding vouchers only to students transferring from failing public schools. But the Jewish community is lobbying to raise the income limit and allow students to use vouchers when they start kindergarten.

“It was quite a dramatic move for Louisiana and so we wanted to get on the bandwagon,” Lake said.

But resistance remains. Barkey said the ADL continues to believe it is inappropriate for government to fund religious schools. “We don’t think the government or taxpayers should have their money spent at religious institutions with which they’re not affiliated or don’t agree with,” Barkey said.

Jack Wertheimer, professor of American Jewish history at the Jewish Theological Seminary, said he knows there is talk behind the scenes about public funding of day schools. But he has seen little indication that the organized Jewish community will shift publicly.

“Jewish organizations historically have been opposed to any kind of state aid to Jewish day schools,” Wertheimer said. “They are primarily focused on maintaining the highest walls possible of church-state separation.”