Daniel Radcliffe: The next Allen Ginsberg or J.K. Rowling? 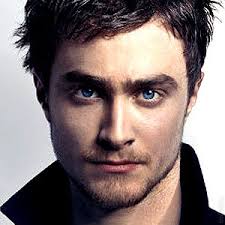 Daniel Radcliffe may have been inspired by Harry Potter, big time.

The star we’ve watched transform from a first year at Hogwarts to a Broadway-singing, horror-film-acting man wants to write a book.

Daniel is playing Allen Ginsberg in an upcoming movie, “Kill Your Darlings,” and says that much like his character, he wants to pursue writing.

“I try and write at the moment. I don’t know if I’m any good, as, normally, when I write I’m so self critical  that it’s not long before I have to throw away what I write,” Radcliffe said.

While I doubt that’s true, maybe Daniel should channel his inner Ginsberg and get some writing tips from his friend J.K. Rowling.