Putting the Ten Commandments on display 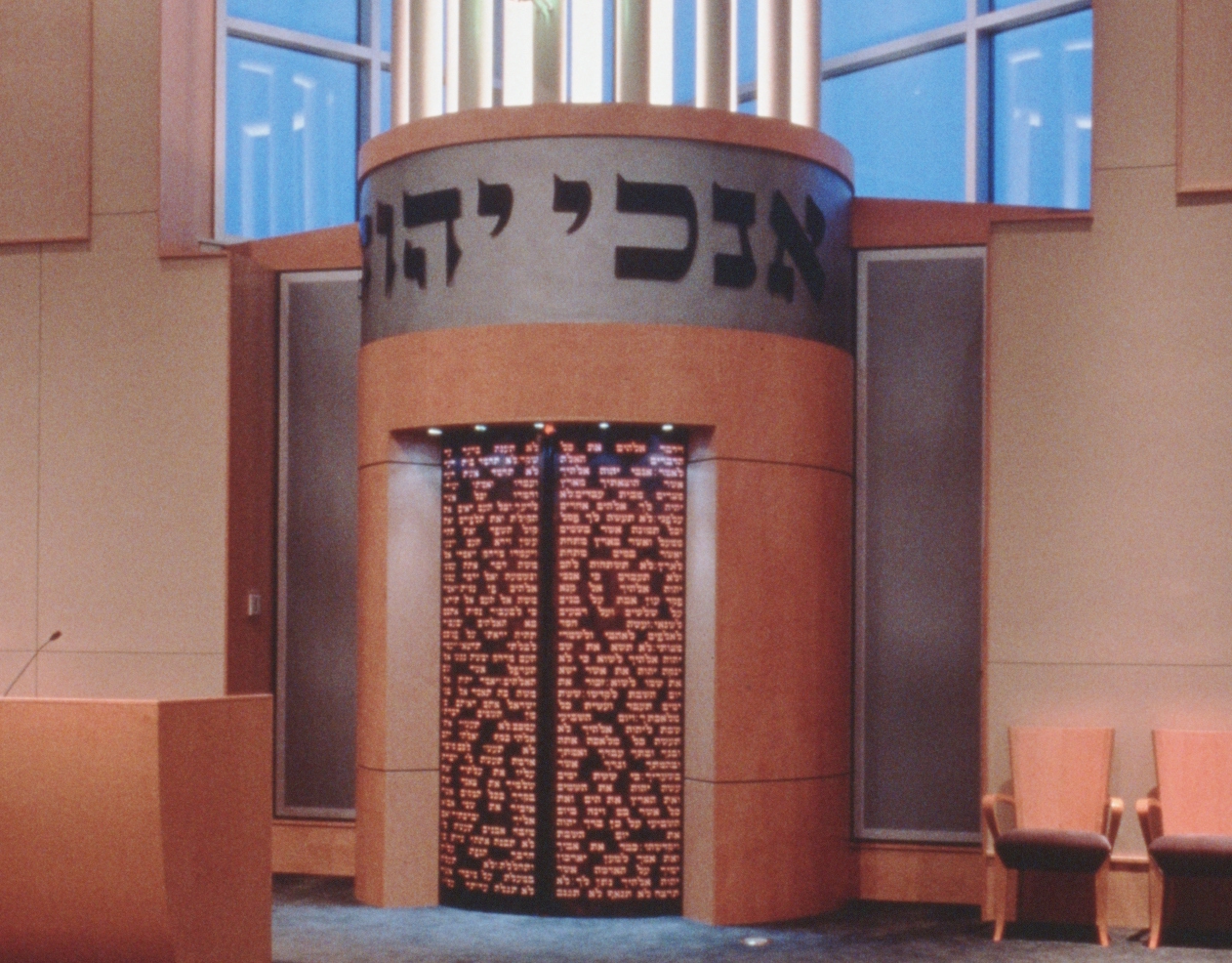 The book of Exodus, Chapter 20, which features the Ten Commandments, shown on the ark doors of Congregation Micah, near Nashville, Tenn. (Courtesy Berkowicz Design)
Advertisement

LOS ANGELES (JTA) — Are the Ten Commandments only to be heard but not seen? And when they are seen, how should they look?

Some groups, notably the Anti-Defamation League, believe that public images of the Ten Commandments should be scarce.

“That the increasing call by private citizens and public officials for the government to post the Ten Commandments in schools, government buildings, courts and other public places — while often well-intentioned — is bad policy and often unconstitutional,” the ADL says on its website.

Other organizations advocate displaying them, even in schools. The conservative American Center of Law and Justice argues that the Supreme Court “should not prohibit their display in the absence of a clear showing that the display has the effect of endorsing a particular religion.”

Yet as we approach Shavuot, the holiday that commemorates the handing-down of the Ten Commandments at Mount Sinai, just because there’s a debate about the public appropriateness on displaying the Ten Commandments doesn’t mean you can’t surround yourself with them at shul — or even in your front yard.

Then there’s the version by Design Toscano of Illinois that’s a foot-and-a-half high, 21 inches wide and weighing 12 pounds. It’s cast in resin, and the scripture is written in English on one side and Hebrew on the other.

“Our faux stone tablet is both historic and inspiring, and makes a defining statement in your home or garden,” the company’s online catalog proclaims.

Probably not right for the temple driveway. But in the synagogue, where the Ten Commandments are read on Shavuot, what kind of imagery is OK? Just the usual twin tablet design?

In the Torah, the Ten Commandments are called “Aseret Ha’Devarim,” the Ten Words, which though seen as a moral code of behavior are considered even more as the overarching basis for the 613 mitzvot, or commandments, found in the Torah.

Growing up, the well-known double tablet image of the twin tablets welcomed me in front of my synagogue, as well as other temples I visited. Many synagogues continue to have the image of the Ten Commandments prominently displayed, and many Judaica websites that sell Torah covers feature a design with the commandments sewn on, usually represented by the first 10 letters of the Hebrew alphabet.

Now I wonder how contemporary designers might interpret them.

I called the New York design team of Michael Berkowicz and Bonnie Srolovitz-Berkowicz, who in San Juan, Puerto Rico, had recently dedicated a Holocaust memorial they created called “In the Shadow of Their Absence.” It was the same husband-and-wife pair that had designed a pair of Chanukah menorahs for the World Trade Center that were destroyed in the 9/11 tragedy, which they plan to replace using steel from the demolished buildings.

Concerning the appearance of the Ten Commandments, I quickly discovered that there were more issues involved than if and where they should be displayed.

“Not everyone accepts the same shape of the tablets,” said Berkowicz, who finds that every Jewish design project leads to a journey.

Counter to what I thought, he told me that the oft-seen image of the tablets with rounded tops is not correct.

“The biblical interpretation is that they were rectangular,” said Berkowicz, who was set straight, so to speak, by a Chabad rabbi with whom he was consulting.

There went my lawn decoration.

“As they are usually seen, some of our clients view the Ten Commandments as a cliche,” said Berkowicz, who was born in Poland in 1944 to parents who had fled Europe during World War II. “The challenge is how to interpret them.”

To meet that challenge, the couple designed a thought-provoking interpretation of the Ten Commandments for Congregation Micah, a Reform synagogue in suburban Nashville, Tenn. Srolovitz-Berkowicz noted that the couple won an award from the American Institute of Architects for the 1997 creation.

Encouraged by the synagogue’s rabbi, Kenneth Kanter, who now serves as director of the rabbinical school for the Hebrew Union College-Jewish Institute of Religion in Cincinnati, Ohio, they made a pair of ark doors. But instead of the standard tablet form, with each commandment represented by either Hebrew letters or the first word or two of each commandment, they created a design that incorporated the entire text of Chapter 20 of Exodus, where the Ten Commandments are found, into the copper doors.

Using a high-powered waterjet programmed with the Hebrew text, the letters were cut through the metal. The doors are backlit by the ark’s interior lighting system.

“When you first see it from a distance, the letters are not apparent,” Berkowicz said. “As you approach you have an aha moment.”

“Cutting through allowed the light of the Torah to shine through,” Srolovitz-Berkowicz said.

Berkowitz adds, “The light of the Torah is being received.”