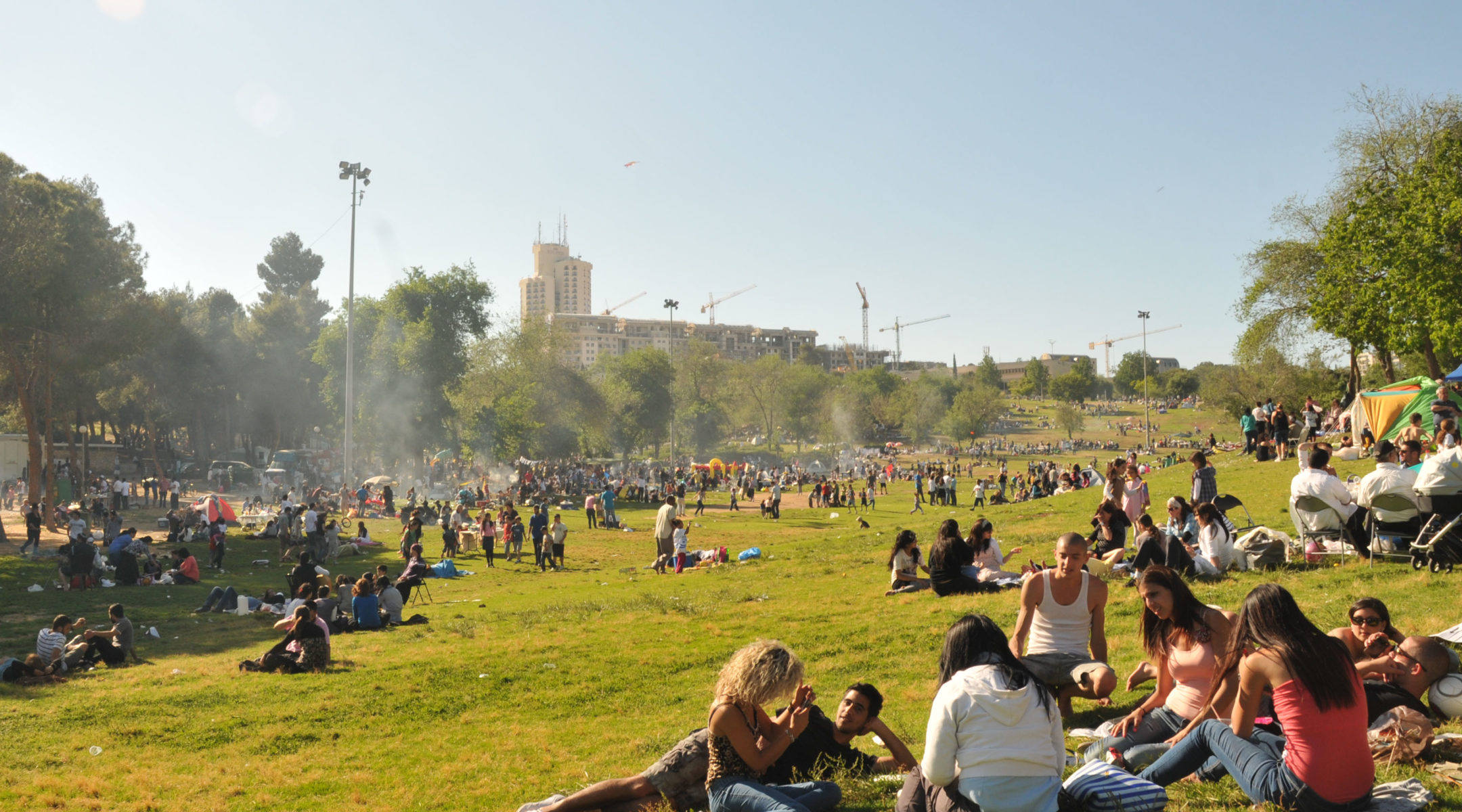 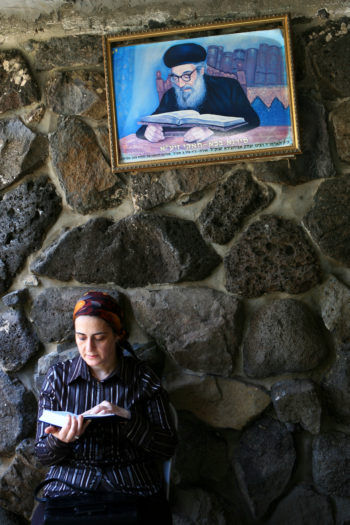 A Jewish woman reading and praying at the burial place of the Rambam in Tiberias. (Chen Leopold/Flash 90)

Israel for the first time could have a long weekend once a year.

A proposal approved by the Ministerial Committee for Legislation moves the Independence Day national holiday to the Thursday of the week in which the 5th of Iyar, the Hebrew anniversary of the day that Israel became a state, falls. The committee’s backing this week means the measure is likely to be adopted.

Friday is the start of the weekend in Israel.

Independence Day, or Yom Ha’atzmaut, is the only national holiday in Israel that is not also a religious Jewish holiday. It is marked by barbecues, day trips and community celebrations, often including fireworks.

Memorial Day would be moved to the Wednesday of the week in which Independence Day is celebrated.

Lawmaker Zevulun Orlev of the Jewish Home Party said he would have to consult with religious Zionist rabbis due to the halachic implications of changing the day of Yom Ha’atzmaut for convenience and a long weekend, since the mourning of the omer period is suspended for the day, which also has religious significance for the Orthodox Zionist community.

Doctors kept giving Bat-El Panker the brush-off as she tried to convince them that she had swallowed her 9 1/2-inch toothbrush.

Panker, 24, of Kiryat Yam, visited two hospitals in northern Israel before she was able to convince a doctor that she had accidentally swallowed her green, white and orange toothbrush while brushing her teeth before bed. It slipped down her throat as she bent over the faucet to drink some water with the brush in her mouth.

The plastic toothbrush did not show up on X-rays, leading doctors at the first hospital to send her home. “I begged for another exam — I knew I’d swallowed a big toothbrush — but no one believed me,” she told Ynet. “They thought I was crazy.”

Doctors at Carmel Hospital believed her story, but also did not see the object on an X-ray or ultrasound. They finally located it in her stomach using a sophisticated CT scan.

The doctors were able to remove the toothbrush without resorting to surgery by coaxing it up the esophagus with a diagnostic endoscope.

It is not known whether Panker will keep the toothbrush as a memento of her extreme dental hygiene.

The lion sleeps tonight — or maybe not

Danny the Israeli lion is moving in with two lioness babes from the Netherlands.

Safari Israel, the Tel Aviv-Ramat Gan Zoological Center, sent Danny, a 5-year-old male lion, to his new home at the Belgian Zoological Park, where he will be joined by two female lions from the Netherlands.

Hanging up its paddles

Israel’s Table Tennis Association is hanging up its paddles.

Instead of training Israeli athletes for future Olympic competition, the association has ceased operation due to budget cuts.

The cuts stem from a decision to treat table tennis as an individual and not a team sport, which slashed its government funding in half.

The closure of the association means that Israel will not participate in next month’s European Youth Championships in Austria, according to Haaretz. And Israel was fielding a contender — Nicole Trosman, 15, a candidate for the 2016 Olympics. Trosman is currently training in China.

Science was on tap in Tel Aviv bars.

Scientists and research students visited 55 bars and coffee houses in Tel Aviv last week to teach on topics ranging from astrophysics to quantum mechanics over a cold one.

The Weizmann Institute’s annual Science on Tap program is popular with bar patrons, and the scientists would probably do it even without the free beer as it enables them to ply their trade up close and personal.

The institute hopes through the program to spark interest about science in young people and maybe attract some new students.

Bar patrons reportedly signed up weeks in advance to participate in the program, which grew from 40 bars last year. Maybe they find science more palatable when they are a little tipsy?

Playboy is trying to break into the Israeli market again, this time with its own line of condoms.

A Playboy lingerie line and the Playboy Channel were not successful in the Jewish state, but Hugh Hefner is hoping to score big with its condoms.

A retired 25-year Israel Defense Forces captain is the products distributor in Israel, according to Ynet.

Israel’s major drugstore chains have expressed interest in the project, which will be launched at an event in July featuring the storied Playboy bunnies.

The medieval Jewish scholar Maimonides is said to be rolling over in his grave over plans to turn his tomb in Tiberias into a major pilgrimage site.

Maimonides, also known as the Rambam, spoke out against pilgrimages to rabbis’ tombs when he was living, and he would not be happy with the announced $10 million renovation to his place of eternal rest.

The renovation, funded mostly by foreign donors, will include a glass enclosure of the tomb housing a 3-D eternal flame and a laser beam rising from the tomb several miles into the air.

Maimonides did not believe in mysticism, and wrote in his seminal work the Mishneh Torah that headstones should not be erected on graves and that people should not visit graves.

Mezuzah on a world record roll

Visitors to the emergency room of the Kaplan Medical Center in Rehovot may be kissing the world’s largest mezuzah on their way in.

The 4-foot, 7-inch tall bronze mezuzah recently donated to the center may soon take its place in the Guinness Book of World Records.

The parchment inside the mezuzah is nearly 2 feet long when rolled out.

It was donated by Israeli-French businessman Shmuel Flatto-Sharon, who has made an official request with Guinness to record it as the largest mezuzah in the world, according to Ynet.