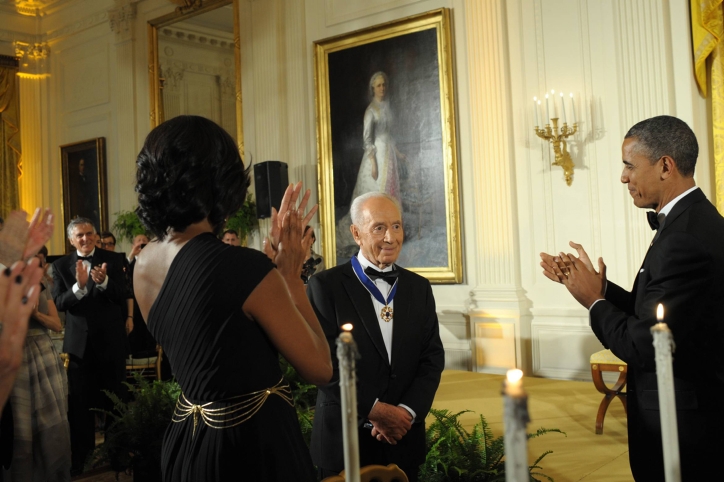 “Shimon knows the necessity of strength,” Obama said in prepared remarks released to the media before Wednesday’s ceremony.

The U.S. leader said that outlook informs his work with Israeli Prime Minister Benjamin Netanyahu “to ensure that the security cooperation between the United States and Israel is closer and stronger than it has ever been.”

Obama added, “And yet, Shimon knows that a nation’s security depends not just on the strength of its arms but upon the righteousness of its deeds — its moral compass. He knows, as Scripture teaches, that we must not only seek peace, we must pursue it. And so it has been the cause of his life — peace, security and dignity, for Israelis and Palestinians and all Israel’s Arab neighbors.”