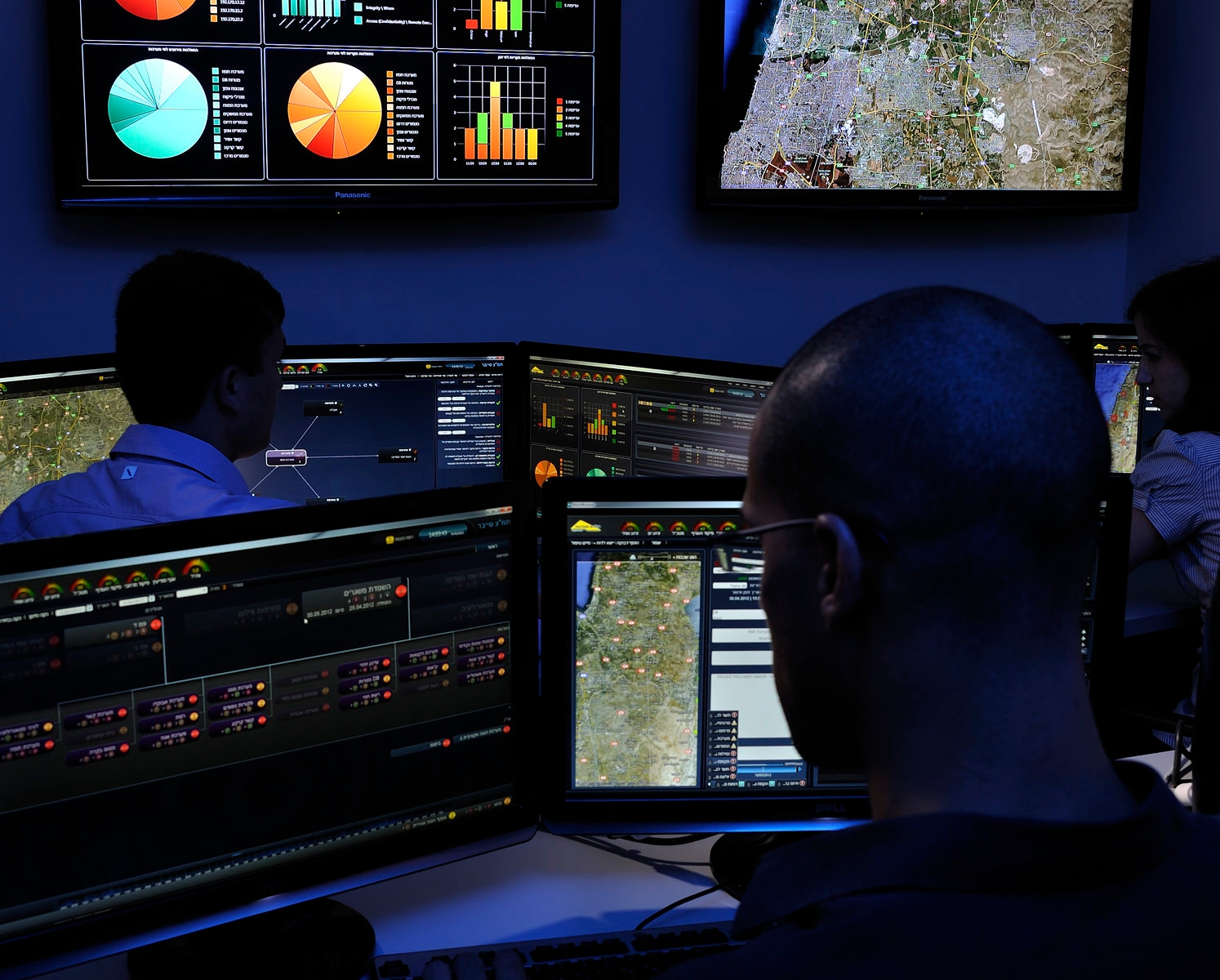 TEL AVIV (JTA) — As the frequency of suicide bombings increased in the 1990s, Israelis began to realize that their conflicts had shifted from the conventional battlefield to their streets, buses and cafes.

Now the country — along with the rest of the world — is adapting to a new battlefield, one that defense experts call the “fifth dimension”: computers.

The impact cannot be underestimated, says Dror Mor, CEO of the Sdema Group, an Israeli company that specializes in homeland security protection.

“A big part of the next war, wherever it is in the world, will be cyber warfare to silence infrastructure, electricity, communications, movement of planes and trains,” he says.

Land, air, sea and even space have been battlefronts for decades or centuries, but cyber warfare has gained prominence in the past few years and will continue to advance. Although some industries have been computerized for more than 50 years, increasingly complex viruses have made computers more vulnerable than ever to cyber attacks.

Several viruses already have figured prominently in the Middle East. In 2010, the Stuxnet virus hit computers in Iran’s nuclear enrichment facilities, and observers say it set back the Islamic Republic’s alleged nuclear weapons program by as much as two years.

Three months ago, Iran acknowledged that another virus, allegedly created by Israel and the U.S. and called Flame, had infected its computers. According to the Washington Post, the virus tapped into Iranian computer networks and accessed intelligence.

And earlier this month Gauss, a virus related to Stuxnet, hit personal computers in Lebanon and Israel, enabling the cyber attackers to access financial data and the social network profiles of tens of thousands of people.

“The tech sector has become more open, which is good for business, but when that happens it’s bad for security,” says Avi Weissman, chairman of the Israeli Forum for Information Security. “States have learned to take advantage of this to create malicious code.”

“Someone can go in the system, confuse the stoplights and create big economic problems,” he says. A crisis also would ensue, Mors adds, “if you get into the Israeli train system and put two trains on the same track that have no idea that they’re going toward each other.”

As to private companies, vulnerability to cyber attacks means that the actions of ordinary office employees could lead to a breach in a system’s security.

“It’s a cultural change as to how an organization deals with protection,” Mor says. “You’re in an organization, you have a laptop and a flash drive. The flash drive you use with your computer and the computer in the office. How do we create a separation between the company network and the outside world?”

Mor adds that the dangers stretch even beyond national defense and safeguarding civilian infrastructure.

“If they stop the creation of cottage cheese, you think there will be a problem here?” he asks rhetorically, referring to a staple of the Israeli diet. “People can’t live without cottage cheese.”

Israel has not fought a full-scale conventional war against another country in nearly four decades, principally fighting terror groups since the 1980s. Still, the biggest cyber threats come from countries, which have the necessary manpower to develop and execute a damaging attack, according to Isaac Ben-Israel, a professor of security and diplomacy at Tel Aviv University and former head of military research and development for the Israeli Defense Forces and Defense Ministry.

“Terror groups work with small groups of people, so the likelihood that they’ll attack our system is small,” Ben-Israel says.

Israel also is the birthplace of internationally well-regarded information security companies such as the Sdema Group. But some experts say the country remains unprepared to meet potential cyber threats.

Weissman of the Israeli Forum for Information Security points out that Israeli companies do not invest enough in cyber defenses because the dangers don’t seem as real as those of bombs.

“This cyber threat seems far away, so why put money into it?” he asks. “Organizations don’t bring in enough people, they cut corners.”

And, Weissman says, the government’s budget is too tight to invest the money it should to prevent cyber attacks.

“Israel has a lot of problems: religious people and secular people, Arabs and Jews,” he says. “There aren’t any teeth to Israeli regulations because there isn’t money.”

While Weissman calls for more money in technological education and cyber defense, he says it is no substitute for conventional hardware such as planes, bombs and soldiers.