Obama hearts Oren (or, what’s the opposite of a dress-down?)

So last night, maybe it was significant (or maybe not) that Jack Lew, President Obama’s chief of staff, delivered a personal letter from the president to Michael Oren at the embassy’s Rosh Hashana gathering.

This communication is about "reaffirming friendship" and extols Oren’s achievements — "not bad for a kid from Jersey."

The photos below, of the letter and of Oren and Lew , are courtesy of the embassy. 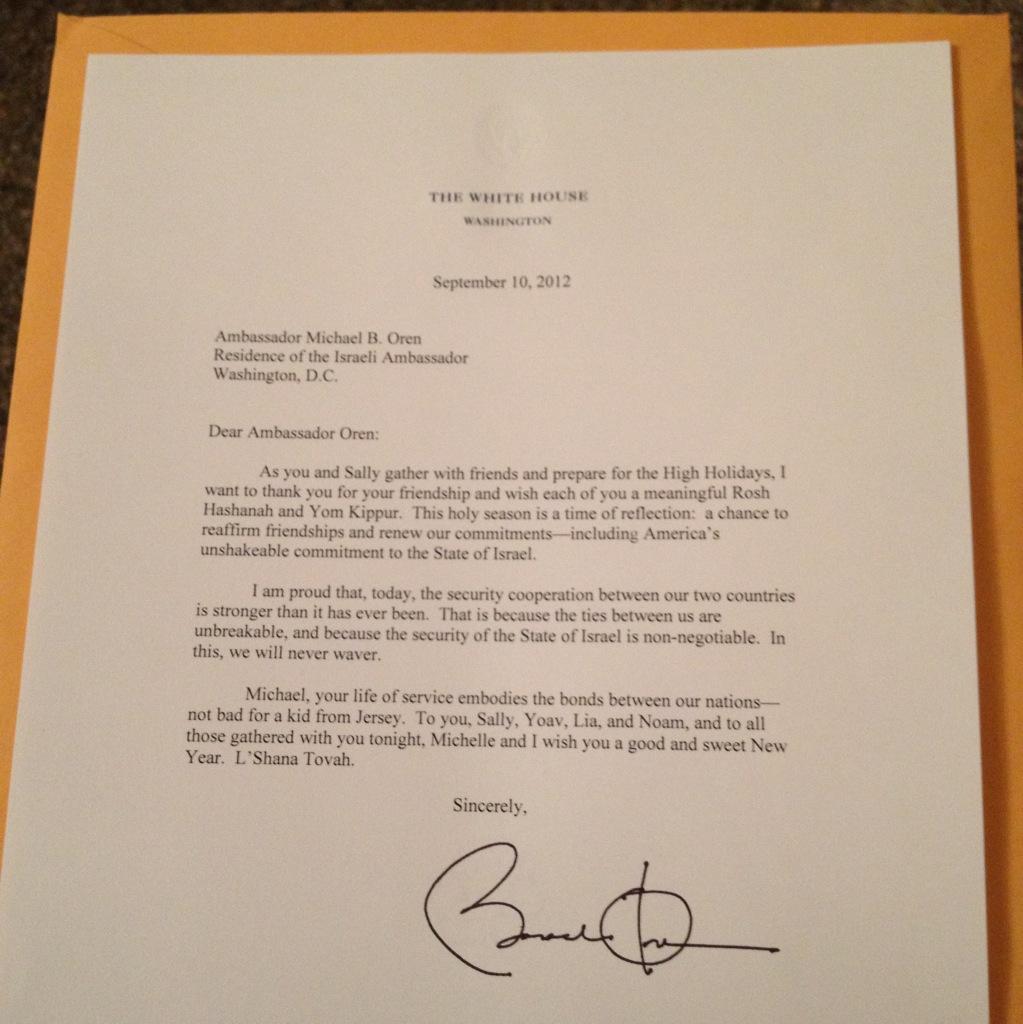