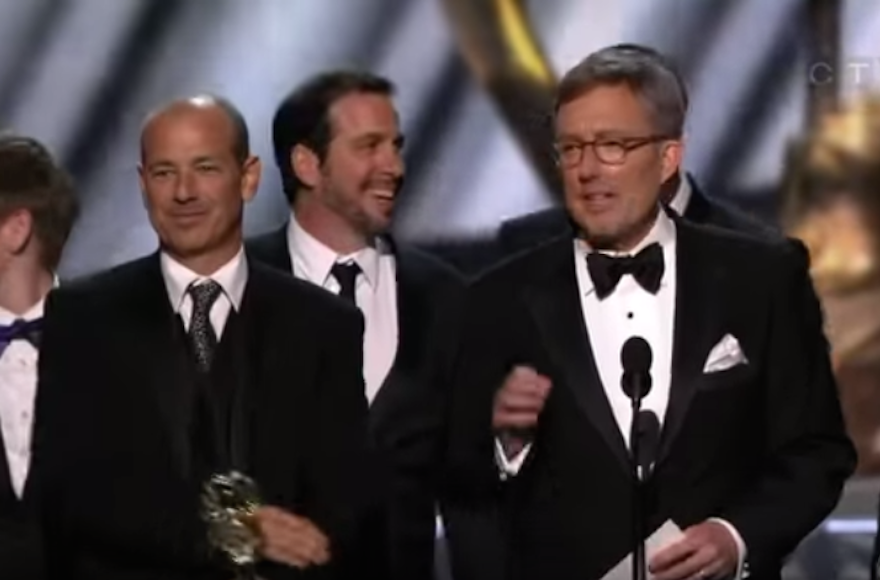 (JTA) — “Homeland,” which is based on the Israeli television series “Hatufim,” was named the year’s best drama series at the 64th Primetime Emmy Awards.

“Homeland” also won Emmys for best actress and best actor — Claire Danes and Damian Lewis — and for best writing with Gideon Raff, the Israeli creator of “Hatufim,” Alex Gansa and Howard Gordon. The cast of “Homeland” was in Israel in May to film parts of the second season.

The Emmy Awards were held Sunday night in Los Angeles.

Max Greenfield, an American actor known for his roles on “Veronica Mars,” “Ugly Betty” and “Modern Men,” was nominated for Outstanding Supporting Actor in a Comedy Series for his role as Schmidt in the Fox series “New Girl.”